St George Illawarra Dragons player Cody Ramsey needed only one half of football to justify the hype around his stunning NRL debut against the Canberra Raiders at WIN Stadium on Saturday.

The 20-year-old, who prefers to play fullback but started on the on the wing against the Raiders, celebrated a double in front of a large contingent of his family and friends from Molong and Orange.

His first try was also his first touch of the ball with fullback Matt Dufty throwing a cut-out ball for Ramsey to evade Raiders winger Semi Valemei before launching himself for the corner and remaining in the field of play to score.

For his second try, Dufty again threw a long ball to Ramsey who leapt up to catch it before tiptoeing along the sideline to put the ball down in the corner in another freakish display of talent.

He almost had a hat trick after making a long break just before half-time but referee Adam Gee ruled teammate Zac Lomax had been offside and disallowed the try.

The youngster also made two tackle breaks, ten tackles and 68 run metres but the Dragons couldn’t keep up the pace with the Raiders and they ended up going down 37-8, with Ramsey’s double one of the few highlights of the match.

Ramsey shot to glory in the NRL Nines in February where he named best rookie after scoring four tries and before that he was lighting up the Dragons’ Jersey Flegg Cup, where he was named Player of the Year in 2019 after bagging 18 tries.

We will definitely be hearing more from this electric outside back in the years to come. 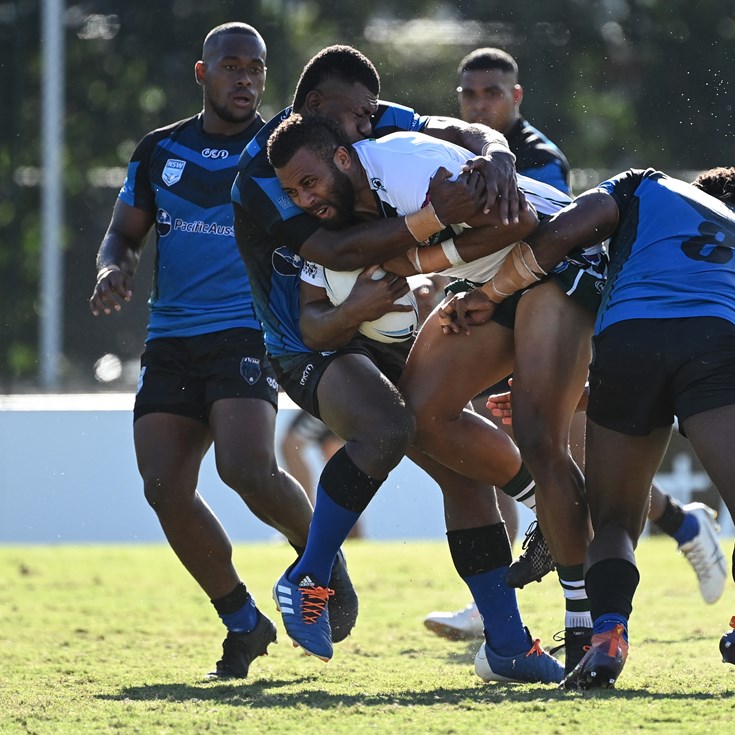 Presented By Next Day Recruitment Yesterday