The Newcastle Knights have locked in star teenage centre Bradman Best on a new deal, keeping him at the club through to the end of the 2024 season.

Best, who signed with the Knights as a 15-year-old, scored eight tries in 11 games last season.

He was already contracted to the Knights for the next two seasons but Newcastle have acted swiftly to keep him at the club long-term.

The 19-year-old's new contract was announced at the club's season launch on Tuesday night.

"I'm really happy to secure my future and am proud to be Knight until 2024," Best said.

"I love this club. So does my family, with both Newcastle and the Central Coast being a home for us.

"We are just over the moon and now I can't wait to get out on McDonald Jones Stadium in front of big crowds again."

The Knights also confirmed at the launch that Daniel Saifiti and Jayden Brailey will be co-captains for the team's round one match against the Bulldogs next week, with Saifiti's leadership role coming in his 100th NRL match. 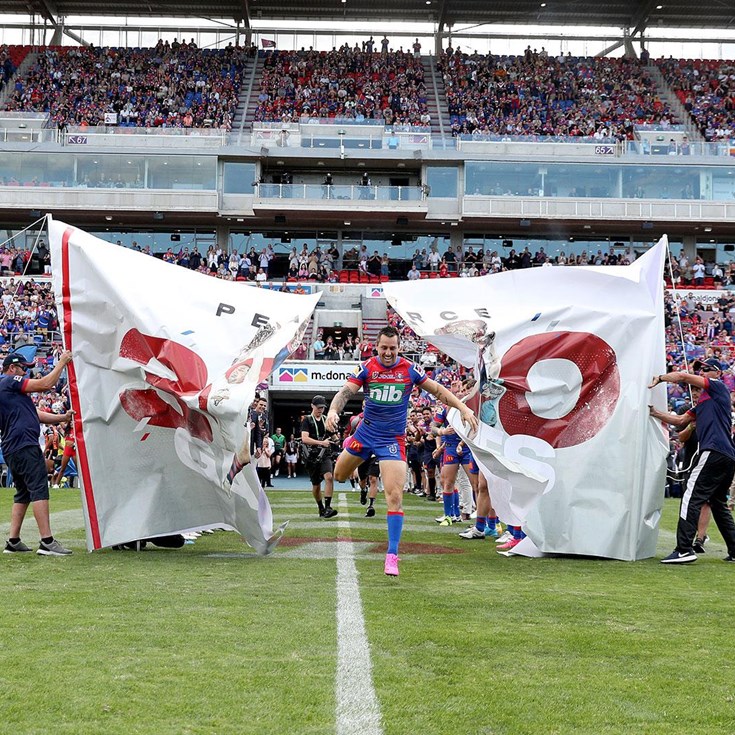 True Blue Mitchell Pearce runs out for his 300th game