The Panthers barely used the likes of Mitch Kenny and Matt Burton throughout last season, with the injury gods solely in their favour, but could be forced to call upon their second back-up player in a week.

Burton could join Kenny in the Panthers line-up for the grand final rematch against the Storm on Thursday if Nathan Cleary is ruled out after suffering a head knock in last week's win over the Bulldogs.

Kenny said Cleary was his "pretty chirpy self" during a team recovery session on Monday but was expected to be on light duties when the side trained late on Tuesday afternoon.

The 2020 Dally M Halfback of the Year was named by the Panthers to face the Storm but a final decision won't be made until Thursday morning.

"He (Cleary) seems himself," Kenny said ahead of the side's first field session of the week.

Cleary sees positives in Burton's development at Penrith for Bulldogs

"He doesn't have any [concussion] symptoms but is going through the process to be right."

Should Cleary miss the much-anticipated clash, Kenny had no doubts Burton could step up alongside Jarome Luai for last year's minor premiers.

Burton's immediate future has been one of the hottest topics to start the season with the Dubbo junior bound for the Bulldogs in 2022.

Despite the Bulldogs' best efforts to nab the play-maker sooner, the Panthers have stood firm and could field the 21-year-old for his first game of the season.

Every try from round 2

"He's a pretty cool customer, if he gets called upon, which will no doubt be in the back of his head this week, he'll take a big stride and do a good job for us," Kenny said of Burton.

"He's been playing really well in NSW Cup and has been training phenomenally. We know each other pretty well off the field and know each other's game.

"We know we'd be pretty young and inexperienced [with NRL games] but we'd back each other."

After being 18th man for last year's loss to the Storm, Kenny felt the pain of his Panthers teammates just as much as anyone involved at the club.

A wrist injury to Api Koroisau has opened the door for the Windsor junior to be part of the side's revenge mission, while Kenny is also looking to impress those at the club with a contract extension on the radar.

"Api recovers from things quite quickly so I don't know if I'll get six weeks but I didn't think I'd get a call-up so early [this year]," Kenny said.

"While I'm sad for Api, because I never want it to be at the expense of one of my teammates, it is exciting for myself and I've got to go out there and try to keep developing as a footballer.

"It's a pretty good chance to do this over the next few weeks."

"That's something we've touched on, is being more ruthless than last year," Leniu said.

"Everyone's just eager for that. We were one step away from winning last year so everyone wants to train hard to do their best for the team.

"It's going to be a really tough game against the Storm but hopefully we can keep them to nil as well."

NRL Magic Round Brisbane 1-Day Passes are now on sale with eight massive games across round 10 at Suncorp Stadium this May. With the league's best players all heading to Brisbane, you'd hate to miss it! Tickets at NRL.com/Tickets. 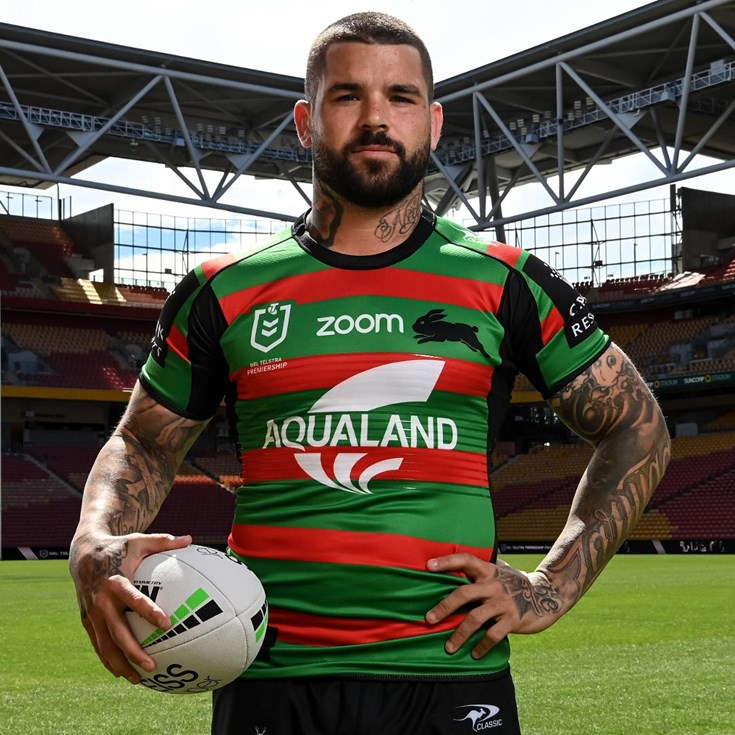 Adam Reynolds hungry for a fairytale finish at Souths