True Blue Jamie Soward believes the Wests Tigers should take a leaf out of the Melbourne Storm’s book when it comes to using two hookers in the NRL side.

Both Jacob Liddle and Jake Simpkin have shown outstanding form in The Knock-On Effect NSW Cup for the Western Suburbs Magpies.

Twenty-four year-old Liddle scored three tries in the opening five rounds of the NRL season but NRL coach Michael McGuire moved him to The Knock-On Effect in Round Six, while promoting Simpkin.

Liddle continued that form for the Magpies being a central part of three wins - 42-18 over the Rabbitohs, scoring a try in the 46-6 victory against Blacktown Workers Sea Eagles, and scoring two tries in eclipsing the Dragons 30-28 last Sunday.

Simpkin has been equally impressive for the Wests Tigers and recently penned an extension with the club until 2024.

Soward discussed the merits of having Liddle and Simpkin in the same team in this week’s ‘Short Side’ podcast for the NSWRL.

Maguire has named Simpkin as starting No.9 against the Eels in Saturday afternoon’s NRL game at Campbelltown Stadium, with Liddle on the bench in the No.14 jersey.

“Is there room for both of them? I actually think there is, with the way that the game is going,” Soward said before Maguire had named his line-up.

“You look at the Melbourne Storm and the one-two punch they have with (Harry) Grant and (Brandon) Smith. Maybe the Wests Tigers could do that then there’s no let-up for the opposition because you’ve got a speedy dummy-half who can control the ruck.”

And while on the Wests Tigers, Soward lauded winger Zac Cini’s NRL debut, scoring a try, against the St George Illawarra Dragons – another player from The Knock-on Effect NSW Cup finding his feet quickly in the NRL.

“A win for him down in Wollongong but it was the way he played,” Soward told ‘Short Side’.

“He was energetic, enthusiastic, came up with some really good runs out of dummy half and you can see why the West Tigers value him very highly – and out of position as well, he’s usually a fullback.

“We’ve seen him do some wonderful things in The Knock-On Effect NSW Cup. He was fantastic on debut for the Wests Tigers, so well done Zac Cini.”

Cini has again been named on the wing for the Eels game. 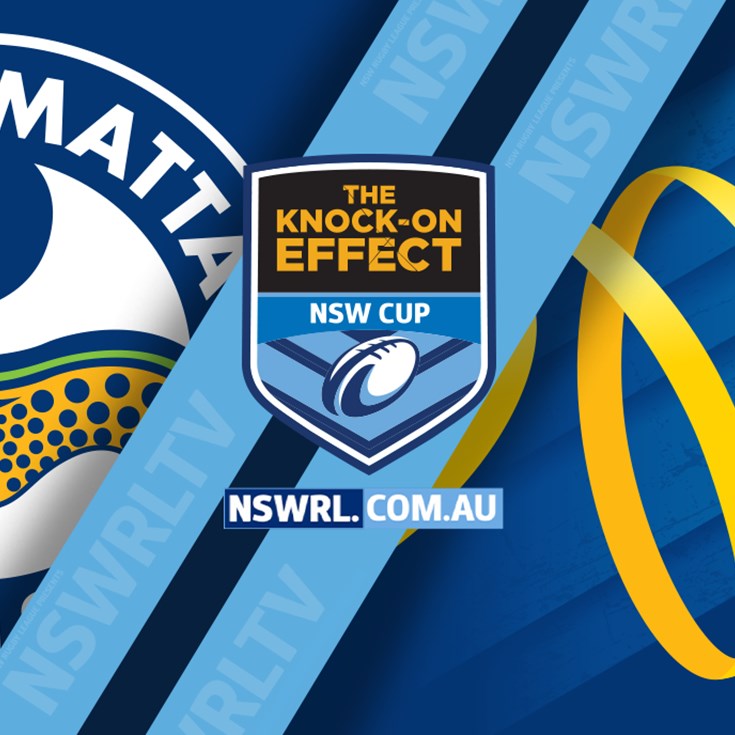