True Blues Jamie Soward is looking forward to three graduates from The Knock-On Effect NSW Cup making their NRL debuts this weekend as first grade teams continue to buckle under the strain of injury and suspensions.

St George Illawarra Dragons prop Jaiyden Hunt will be looking to make an impact against the Cronulla-Sutherland Sharks on Friday night at Netstrata Jubilee Stadium in Kogarah with Soward pointing out he had had been racking up big minutes in The Knock-On Effect NSW Cup.

“He’s a physical prop that hopefully plays some good minutes in the middle for coach Anthony Griffin in a team now that is pretty much struggling to get 21 players fit,” Soward told The Short Side for nswrl.com.au.

“It’s a nice opportunity to see some of the young guns coming through at the St George Illawarra Dragons.”

Two other players also make their NRL debuts in round 11 this weekend: Aaron Schoupp for the Canterbury-Bankstown Bulldogs and Brad Schneider for the Canberra Raiders.

Schoupp has scored four tries in his six games at centre for Mounties, proving a hard man to put to ground with 26 tackle-busts and three line-breaks.

“He’s looking for his opportunity in a backline which has been disrupted throughout the year,” Soward said, “So hopefully he gets to cement his spot.”

Schoupp could even be a back-up goalkicker for Kyle Flanagan if required in the Bulldogs away game against the Titans at Cbus Stadium.

Schneider is looking to fill the halfback-hooker utility role on the Raiders bench with Tom Starling moving into the starting side at No.9 with the suspension of Josh Hodgson.

He’s wearing the No.14 jersey at GIO Stadium on Saturday night in another big debut game by playing the Melbourne Storm.

Schneider has scored three tries in his seven games in NSW Cup, alongside six try assists. Like Schoupp, he’s a handful, making five tackle-busts for the Raiders in the 22-20 loss to the Knights last game.

He’s also a handy goalkicker with 22 successful shots so far.

“It will be interesting to see how Ricky Stuart uses him in such a big game against the Melbourne Storm,” Soward said. 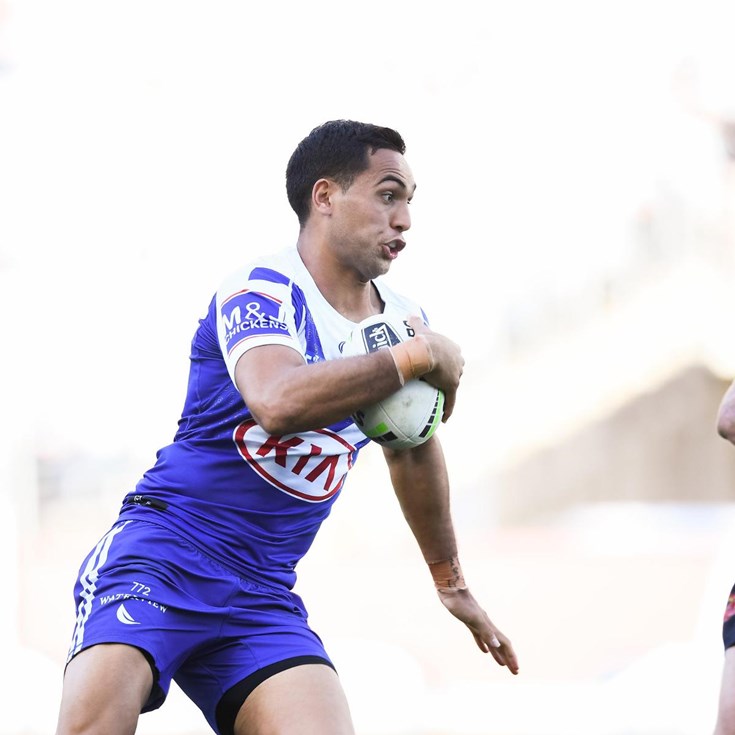