Blues coach Brad Fittler has instilled a 'no regrets' mantra into his troops as they try to break the 'dead rubber' syndrome that could thwart their quest for a series whitewash on Wednesday night on the Gold Coast.

"We thought it would be our best approach. That if we worked a little bit harder than we have the last couple of games, then at the end of the day we can’t say 'Well we didn’t prepare',” Fittler told Triple M on Saturday.

"The players have got such good attitudes - they understood and they believed in what we were talking about.

"So it’s 'all for one' and that's something we've had for the last four years… people see a lot of the stuff we do, but I think we’ve worked harder than a lot of the teams prior to us."

How Buderus is influencing Koroisau and Cook

The change in halves with Mitch Moses and Jack Wighton linking up, plus the injury to Daniel Saifiti, means Fittler has had to re-design his game plan.

"Normally we've had three big fellas and now we're going in with two, so that also changes the way we're going to have to play a fair bit as well," he said.

"But once again, there's no whinging. We'll just get on with the job – it’s a really good challenge.

"The whole winning 3-0 has really been out of reach for just about everyone. It's only happened twice in the last 24 years.

"It says a lot about the psychology of going into that third game, that's why we thought training hard might be the way to give yourselves the best chance."

Getting Moses and Wighton to gel will also help. Fittler said Moses put a mild scare through the Blues camp arriving with a calf injury. But he's trained well and seems over that hump. Now it's all about their communication.

"They are very different halves to Nathan (Cleary) and Jarome (Luai) and it's very important we don't sort of play like Nathan and Jarome," Fittler said.

"We've still got a couple of sessions to go. If we can nail that I feel like there's a really good group of players around them and if they can have their best game - and them being them - I find we’ll be hard to beat."

As for finding players who train hard, there's none better than Dale Finucane.

Fittler was full of praise for the 29-year-old Storm forward, giving an insight into why he was chosen as vice-captain on Wednesday.

Stefano still in shock after call from Freddy

"We picked him for the second game and he ended up as (number) 19," Fittler said. "Going into a game where some people, whether they are players or fans, might say 'Well you know how much does it mean?'

"But you watch Dale Finucane train every day, every session, every part of the session, it means something.

"If we can all be Dale Finucane for a week, then Queensland are going to have to come up with something pretty special to beat us," Fittler said.

"He’s pretty much our role model." 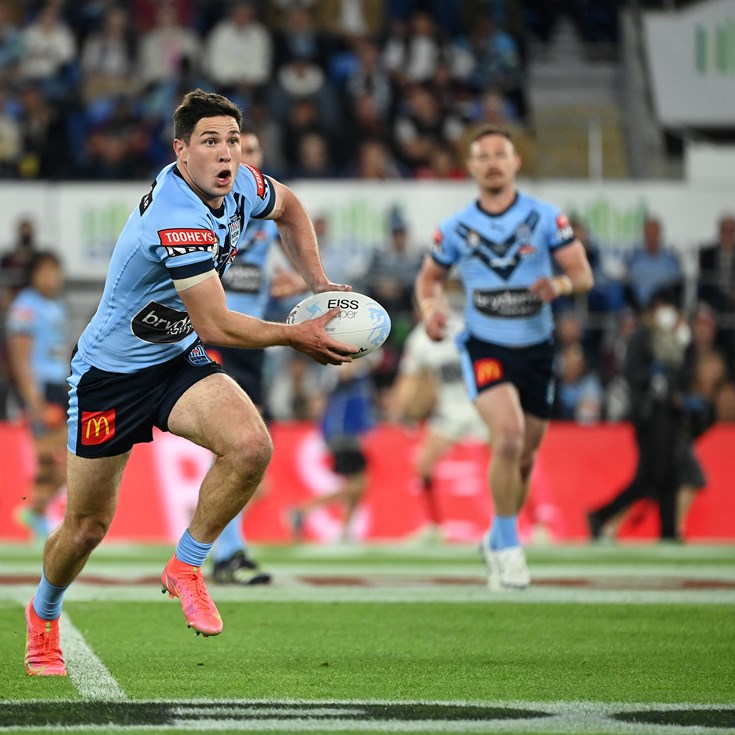 How Moses has bonded with new Blues teammates