Soward’s last three seasons in the NRL at Penrith from 2014-16 were Yeo’s first three after making his NRL debut in Round One of 2014. It’s given Soward great insight into the development of the Dubbo junior, who moved from second row to lock a couple of seasons ago.

“I played with Isaah Yeo back at Penrith when he was only a young pup,” Soward Behind Blue Eyes for nswrl.com.au in the lead-up to the 2021 NRL Grand Final.

“I just think he’s turned into a really smart footballer. He thinks about the game now, while when you’re younger you just go out and play, compete and hope for the best.

“But he’s worked on his craft. He’s one of the best distributors and in getting to that point on the field (to impact play).

“He plays smart and he’s a really lovable guy. You can see why he’s one of the captains at Penrith.”

Yeo has now played 172 games for the Panthers in his eight seasons there.

The match-up at lock with South Sydney and NSW Origin teammate Cameron Murray is one to keep an eye on this Sunday at Suncorp Stadium. 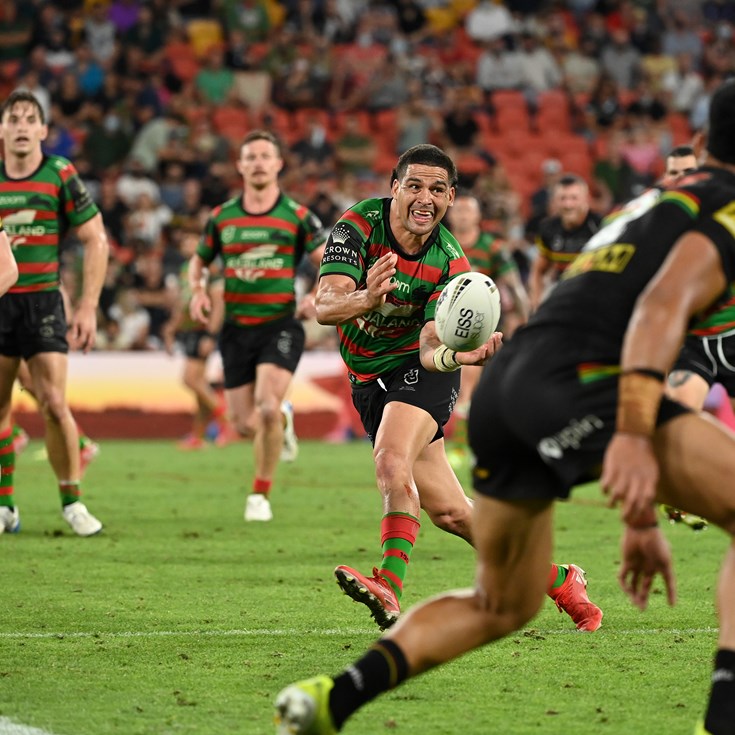