The 2013 NSW Under 18s side featured players who have gone on to even greater success with one True Blue and experience exceeding 1000 NRL games, with plenty more to come.

Under the guidance of Cowboys head coach Todd Payten, they played as a curtain-raiser for Game Two of the 2013 State of Origin series.

The boys in blue had a resounding 56-6 victory over their Queensland rivals with Dallin Watene-Zelezniak scoring a hat-trick and Jackson Hastings, Alex Johnston and Sione Mata’utia all crossing for doubles.

Eight years on, nswrl.com.au looks back at some of the players who have gone on to forge great careers.

Jack Bird is the only member of the 2013 NSW Under 18s side who has gone on to represent NSW at State of Origin level.

2016 was undoubtedly Bird’s most successful year to date after making his State of Origin debut in Game Two as well as playing a vital role in breaking the Cronulla Sharks’ 50-year premiership drought.

Bird played off the bench for Games One and Two, after Dylan Walker was shifted to the centres. The Blues fell short 26-16 in Game Two and won Game Three 18-14. He played all three games in the 2017 series off the bench.

Success found Bird early after he made his NRL debut in round 4 of the 2015 season, with the Sharks winning 15 of 23 games that year and finishing in fourth before being kicked out by the Cowboys who would be eventual premiers.

After struggling with injuries during his time at the Sharks and Broncos, Bird was able to get 22 games under his belt in 2021 with the Dragons, his most since 2016. Playing mostly at centre, Bird finished the year with four tries, seven try assists, five linebreaks, 83 tackle busts and ran for 122m per game.

With plenty of natural talent, there’s no surprise that Tevita Pangai-Junior has established himself as one of the most damaging forwards in the game.

Pangai-Junior featured in the Canberra Raiders Under 20s side from 2013-2015 and would eventually make his NRL debut for the Brisbane Broncos in round 12 against Wests Tigers. After having mixed success in Brisbane, Pangai-Junior moved to the Panthers as a mid-season recruit to play a part in their 2021 premiership-winning season. He will join the Bulldogs in 2022.

A talented Dragons junior coming through the ranks, Hutchison managed just four games in two years for the Red V after cruelly missing the entire 2017 season after injuring his ACL during training.

After moving to the Super League in 2018, Hutchison signed with the Roosters from 2019 onwards although it was his performances in an injury-ravaged season in 2021 that earned him plenty of accolades.

Trent Robinson opted for a halves pairing of Lachlan Lam and Luke Keary for the first three rounds of 2021 until both Keary and Lam suffered serious knee injuries in their loss against South Sydney Rabbitohs. Keary’s season was cut short while Lam later returned in round 10 and would go on to partner Hutchison in the halves throughout the year.

After starting the year in The Knock-On Effect NSW Cup, Hutchison was brought in alongside Sam Walker to help steady the ship, and he proved a very capable replacement. While Walker set the competition alight in his rookie year, Hutchison’s experience, kicking game, defensive capabilities and cool headedness proved the ying to Walker’s yang.

Hutchison played in a career best 20 games in 2021, scored three tries and finished with nine try assists, seven linebreaks, 10 linebreak assists, 279.9 kicking metres per game and a tackle efficiency of 91.6 per cent. 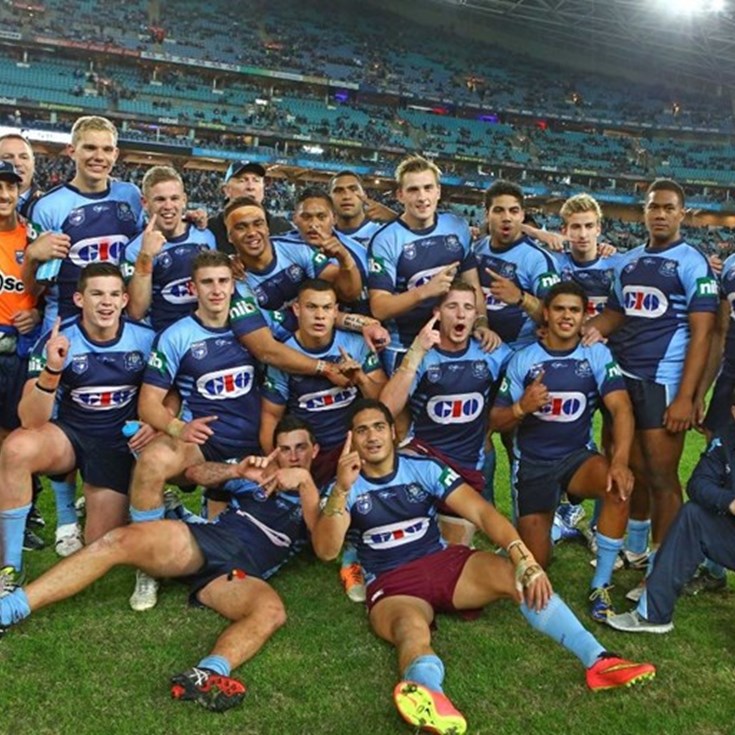