Summary: The Newtown Jets tasted defeat for the first time in over a month last weekend when they went down to the Knights by two points while the Tigers enjoyed the bye. The Tigers head into this clash sitting pretty in third place on the ladder, and field a side that is capable of knocking off any other team on their day. Kurtis Rowe is now back in the fold after filling the boots of Tedesco in first grade for a while, add to that, the competitions most lethal try scorer in Marika Koroibete and also a talented young half in Mitchell Moses, and you get the sense that the Tigers will be there at the pointy end of the season in some way shape or form. The Jets had built some wonderful momentum in recent weeks, and while that wouldn’t have been completely eroded last weekend, it would have certainly put the brakes on it somewhat. Jonathon Reuben comes back into the side after missing last week, as does Willis Meehan who made his first grade debut for the Roosters last round. These two sides generally put on a good show when they come together, so there are plenty of reasons to head out to Leichhardt Oval on Saturday afternoon.

Block of a lock: We will throw this out there… Is Kane Evans the largest lock in the history of rugby league? Probably not, but this young tyro is usually seen wearing the number eight or ten on his back, not number thirteen! Although in fairness, it’s quite possible that both starting props in Meehan and Verlinden are actually bigger than Evans, so if you want to start him as well, he has to play somewhere.

Prediction: If the Tigers pick up where they left off prior to the bye, they will be hard to beat. Tigers by 8.

Summary: Fifth hosts sixth here when Mounties tackle the Cutters on Saturday afternoon. Mounties will be looking to bounce back from arguably their poorest performance of the season against Wyong last weekend while the Cutters were valiant in defeat against the Panthers. Reece Robinson will turn out for Mounties this week and as a result, Jack Ahearn will move into the halves. Mounties will also be hopeful that Tevita Pangai Jnr will be able to back up after starring for the NSW Under 18s last night at ANZ Stadium. For the Cutters, it will be a similar side to the one that faced the Panthers, although, Peter Mata’utia has been named, but you feel his participation here will be based on Dugan’s ability to back up from Origin. Mounties will be looking to Carr and Ahearn to spark an attack that has only managed to post 40 points in their last three outings at an average of less than 13 a match. Mounties had been averaging around 33 a game in their previous eleven matches. Four of the last five Cutters games have been decided by six points or less, so another close one looks to be on the cards here.

Hello Hutcho: Much has been made of the Cutters halves issues since the departure of Williams and the loss of Witt a couple of weeks ago. And as a result, young NSW Under 20s representative Drew Hutchison has been handed an opportunity to steer the ship around this week. Hutchison has a load of talent and his success at this level will all be dependent on how quickly he can adjust to life as an open age footballer. Cutters fans will be hoping he is a quick study.

Prediction: The Cutters have been playing well enough of late to win here. Cutters by 4.

Summary: The Warriors bounced back from a heavy defeat at the hands of the Bulldogs in round thirteen to account for the Sharks last weekend in Gisborne. The Roos racked up their sixth win of the season, and their second from as many outings against Mounties this year, thanks to a 14-6 win at Aubrey Keech Reserve. The Roos will have happy memories of their trip to New Zealand last year when they accounted for the then Auckland Vulcans in Wellington. The Warriors win last weekend saw them move back into the top four and they would view this match as an excellent opportunity to string consecutive wins together, and further cement their place near the pointy end of the table. For the Roos, the formula is a simple one, continue to win. Currently sitting in 10th place on the ladder, the Roos are just one competition point behind the eighth placed Jets, however their comparatively poor for and against means that they will need to force their way into the eight outright at some point over the remaining couple of months. Young Ngataua Hukatai scored on debut for the Warriors last week and retains his spot on the wing while for the Roos, they have lost Chris Centrone for this one and his place will be taken by the versatile Alex Langbridge.

Time to fire up: Two players who will be looking for big games on Saturday are the Warriors centre pairing in Peyroux and Nielsen. Both were regular first graders at the Titans and Storm respectively in recent years, and Nielsen even represented QLD as recently as two years ago. Both of these players seem to have struggled with the switch to their new club, which comes as a surprise it must be said. But the cream generally rises to the top and surely it won’t take much longer for these guys to rediscover some of their best form.

Prediction: The Roos had a win in New Zealand last year and can repeat the dose in 2014. Roos by 2.

Summary: The Manly Warringah Sea Eagles were in white hot form against the Bears last round and will be looking to keep that going here when they face the reigning premiers at Remondis Stadium on Saturday night. The Sea Eagles put ten tries past the Bears with the likes of Gutherson, Hodges, Hopoate and Rudolph having a day out against the bottom placed side. They are unlikely to get it all their own way here though, as the Sharks will be smarting following a tough four point loss to the Warriors in Gisborne last Saturday. Both Travis Robinson and Daniel Holdsworth have been named for the Sharks here which should definitely spark their attack while the Sea Eagles have moved David Williams to fullback and switched Clinton Gutherson to six to cover for the missing Rudolph. These two sides met at Brooky back in round six, and it was a comfortable win to the Sharks on that occasion. This wouldn’t have been forgotten by Manly though so look for the visitors to be fired up come kick off.

Georgie Boy: George Rose already turned out against his former club at NRL level for Melbourne earlier this year, but you still get the feeling that George would be licking his lips at getting to have a run against them again, albeit in the VB NSW Cup. We for one would like to see David Williams get into the clear for Manly and then look over his shoulder to see big George chasing after him. George would probably back himself to catch him!

Prediction: The Sea Eagles will be full of the confidence but the Sharks should win at home. Sharks by 10.

Summary: The Newcastle Knights and Canterbury-Bankstown Bulldogs will be looking to stay in touch with the top-eight when they go head-to-head in round fifteen of the VB NSW Cup this Sunday. Newcastle broke a six-match losing streak last weekend when they accounted for the Newtown Jets 28-26 at Henson Park. The Knights have not quite hit the highs of last season and have been put under pressure through injury and unavailability in recent weeks. If results go their way, Newcastle could find themselves in the top-eight at the end of the round and receive a massive confidence boost as we head further into the second half of the season. Canterbury will be looking to put last week behind them as they were run down late in the match by the Wentworthville Magpies. The Bulldogs were the better team for the majority of the match and will be hoping that if they are presented with the same opportunity against the Knights, they will be able to deliver the killer blow that is necessary to make an impact in the competition. Kayne Brennan was strong for the Dogs last week, making 2 line-breaks, and will face a tough challenge against his opposing winger in the ever reliable Josh Mantellato.

Stand by your Man’tellato’: After scoring sixteen points last weekend, Josh Mantellato is headed for yet another season as the leading point-scorer in the VB NSW Cup. Leading Nathan Stapleton of Crounlla by only 12 points, look for Mantellato to convert every opportunity that comes his way… literally.

Prediction: The Knights can make it back to back wins for the first time since round eight. Knights by 7.

Summary: The Penrith Panthers will be shooting for eight-wins in a row when they take on the North Sydney Bears this weekend at North Sydney Oval. Penrith have been in good form in recent weeks, with a number of strong wins over highly fancied rivals. The Panthers have had to do it tough on a few occasions, but have still been able to step it up a gear when required; which is a worrying sign for the rest of the sides in the VB NSW Cup. Kevin Naiqama has been dynamic in 2014, scoring 11 tries thus far, and will once again be a major threat to the opposition defence. North Sydney will be looking to arrest a worrying form slump that has seen them lose 12 of their last 13 matches; with only one other win to date this season. The Bears were demolished by Manly last weekend and it’s hard to see them reversing their fortunes against the Panthers. However, North Sydney is a proud club and on a sunny afternoon at North Sydney Oval, anything can happen. Let’s just hope that for the Red and Black faithful, it’s an improved performance that could kick-start their revival.

Teddy Bears Picnic: It’s no surprise that the Bears have conceded the most points this season, but defence is often the foundation of your attack. If North Sydney can restrict the powerful Panthers attacking prowess through their defence; they may begin to rediscover their confidence to score points and give themselves a shot at victory.

Prediction: Hard to see anything other than a Panthers win. Panthers by 12.

Wentworthville Magpies have the BYE

Make sure you are following @NSWRL on twitter and monitoring the #VBNSWCup hashtag all season long for all the latest news and scores.

Here is a recap of last rounds scores and scorers

Click here to view the round fifteen team lists 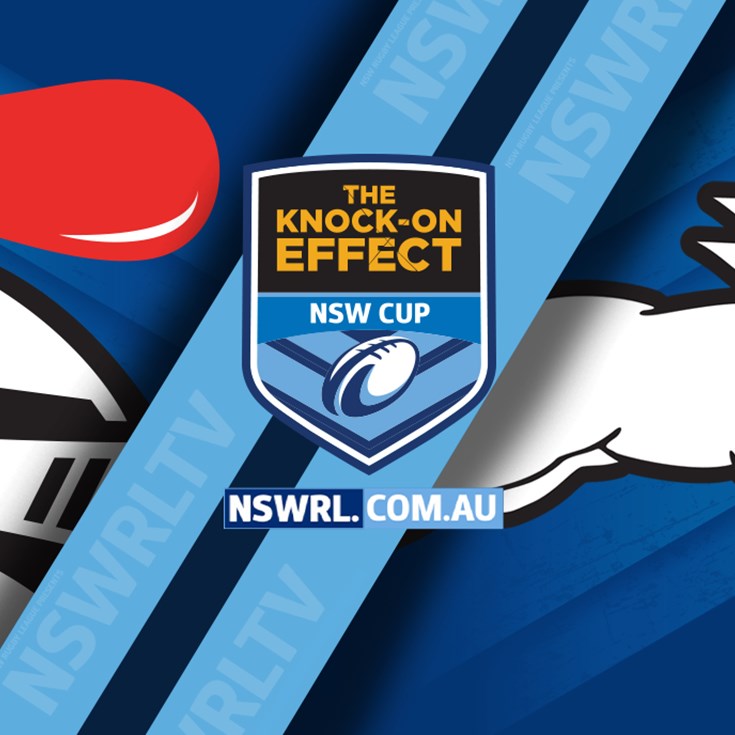