He’s the representative superstar who, if anywhere near his best, simply cannot be ignored for NSW VB Blues contention – and Jarryd Hayne returned in emphatic fashion last night.

With an ankle injury forcing the Titans fullback to spend five weeks on the sidelines, Hayne took the field again last night for what was a highly-anticipated return against the Sharks. Despite taking some time to find his feet in the NRL once again, the Minto product showed gave than just a hint of why he carries such a weight of expectation, helping the Gold Coast club to their second win of the season. Impressed with the performances of his main men, coach Neil Henry expects Hayne to only get better in weeks to come.

“He had to play himself into a game and he got his job done,” Henry says. “That’s what he needed to do, nothing spectacular but be safe and make a few runs when we needed him.

“He’ll be better for that.

“He hasn’t got the metres in his legs to be at his best at the moment for sure,” Henry admitted. “[He] made a couple of defensive plays (errors), but his talk at the back is good for the boys.

“He’s an experienced player and having him out there, the boys appreciated it.”

Finishing the game with 109 metres and a vital try-assist – setting up the first of two late Leivaha Pulu four-pointers – Hayne picked up the ANZAC Medal, awarded to the Man of the Match at all games across the NRL’s ANZAC Round. The former San Francisco 49er was honoured by the award, while acknowledging there is room to improve.

“We had one of the guys come down from the army barracks up in the ‘Goldie’ during the week,” Hayne told Fox League immediately following the victory. “Having an award for us... it did make that extra special.

“I’m still probably one or two weeks away – tonight was just about getting back and playing 80 minutes and just trying to do what I can,” Hayne added. “It probably wasn’t until two or three days ago that I just said ‘well I haven’t broken down yet, so I guess I’ll play.’

“Just happy to get the win and obviously the medal as well – it’s pretty special.”

An already complicated back-line dilemma could prove even more difficult for NSW VB Blues coach Laurie Daley if Hayne can consistently return to form, with the 20-time NSW representative being widely suggested to fill any position among the back six. Having knocked off the defending premiers at home, his Titans will be favourites ahead of their next task, taking on the last-placed Knights at CBUS Super Stadium next Saturday.

There's no better way to support the NSW VB Blues than by being a member of Blatchys Blues - click here to sign up and show you're True Blue. 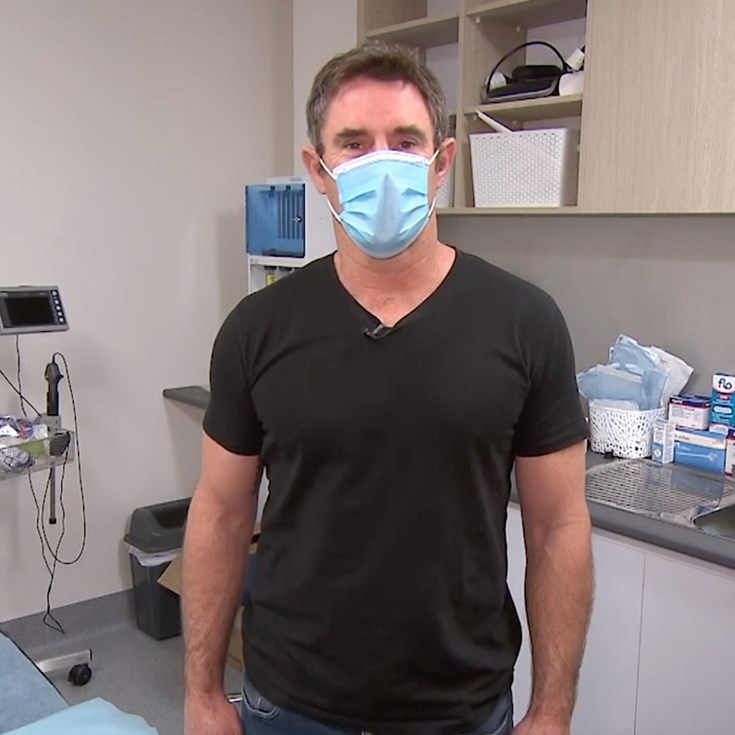