A star-studded Penrith side headlined by Mitch Rein and Dean Whare have kept their slim hopes of snatching second spot in the Intrust Super Premiership NSW alive, doing just enough in the end to record a less-than-convincing win over a determined North Sydney Bears at St Marys Leagues Stadium.

The score could have been anything after 17 minutes when Penrith, on the back of their strong go forward from Sitaleki Akauola, Corey Waddell and Viliame Kikau, jumped out of the blocks to lead 14-0. To their credit, however, the Bears fought back twice to remain well in the hunt for a surprise result, before Darren Nicholls sealed the win with a late penalty goal.

The win sees the Panthers continue their recent dominance over North Sydney, having defeated the Bears earlier this season 17-10, but in fairness to the visitors they came into this game minus Robert Jennings and Jack Gosiewski.

The Panthers got off to a dream start capitalising on an early penalty to open the scoring inside 90 seconds through a try in the left corner to Jed Cartwright after a nice offload inside from Kikau.

The Bears soon found themselves eight points down inside as many minutes when Waddell, standing one off the ruck, put a huge fend on his opposite number to storm through the line and score out wide from 20 metres out.

The Panthers’ dominance in possession and territory enabled the home side to extend the lead out to 14 when reported Warrington Wolves signing, Akauola crashed over from a Mitch Rein face ball at the line to score his opening try of the season.

It took the Bears 25 minutes to have an attacking set inside Penrith’s 20 and they made the most of that foray when a Luke Kelly grubber allowed outside back Sitiveni Moceidreke to regather and score the visitors’ opening try.

But the Bears who finally playing with some much needed momentum at the back end of the half, were dealt a blow when Jason Clark was ruled out for the rest of the game with concussion.

Despite the setback, North Sydney soon had their second try, when a quick tap from a penalty taken by Fred Mauala 10 metres out caught the Panthers goal-line napping, and the interchange forward crashed over next to the posts to reduce the gap to four, before the Panthers edged further ahead through a Nicholls penalty goal after the siren to lead 16-10 at the break.

What was a free-flowing contest in the opening half developed into an old-fashioned arm wrestle in the second as both sides trading converted tries.

Tony Satini in his first appearance at this level since returning back to Penrith, played to the whistle, picking up the loose ball deemed to be played at by the Bears covering defence and streaked away to score, which was duly converted by Nicholls to put Penrith out to a 22-10 lead after 56 minutes.

The Bears responded eight minutes later when Luke Kelly’s cross-field grubber kick rebounded off a Panther into the waiting arms of five-eighth Adam Doueihi who dived over to bridge the gap back to six points and it was anyone’s game at that point.

With the game on the line, both sides were guilty of being unable to convert pressure into points as plenty of niggle crept into the match, which eventually saw Kaide Ellis (Panthers) and Brad Deitz (North Sydney) sin-binned by Chris Treneman with eight minutes remaining, as a resulting from yet another off-the-ball incident.

The Bears had one last chance to level the scores when Tautalasi Tasi had an opportunity to score in the corner only to lose control of the ball when put under pressure from Maika Sivo, before the Panthers finally sealed an important two points when the competition’s leading point scorer kicked another penalty goal.

Despite a less-than-convincing performance after a strong start to the game, the win ensures the Panthers continue to hold down third spot as they look to next Sunday’s final game of the regular season when they come up against Wentworthville, who will need to rely on other results going their way before to have any chance of playing for a finals spot.

Conversely the Bears will travel to Newtown next Saturday looking to shore up their spot in the top eight when they take on the Jets at Henson Park. 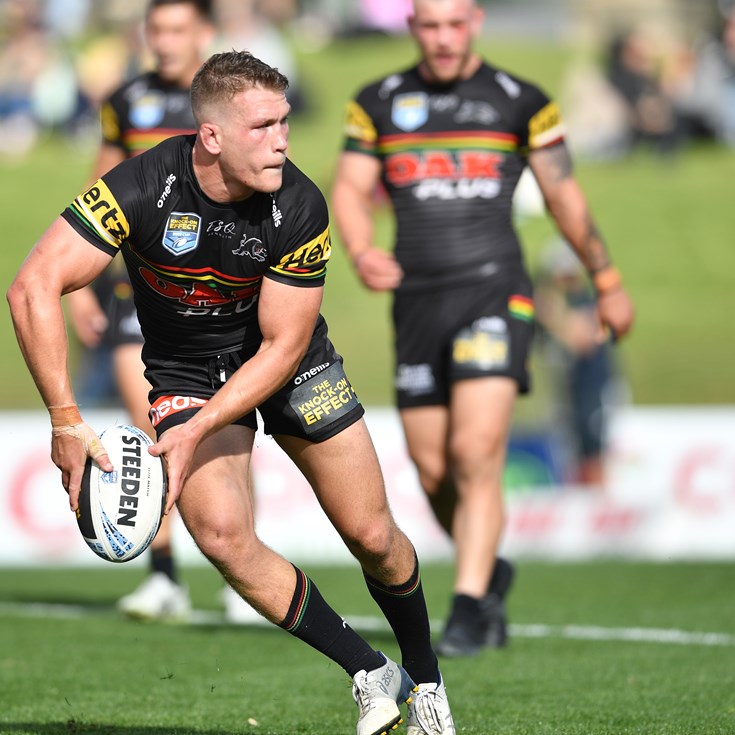 May Returns To Dominate Bears