Finishing the regular season in first and second respectively, the Wyong Roos and NZ Warriors meet at Leichhardt Oval with hopes of advancing to the Intrust Super Premiership NSW Grand Final.

Fresh off a hard-earned week’s rest, the Wyong Roos resume their title push after a dramatic extra-time win over the Bulldogs in the first Qualifying Final.

The Warriors meanwhile have gone the round-a-bout way en route to Week 3, losing their Week 1 all-top-four affair to the Panthers, before putting the Knights to the sword in their Semi Final clash.

In dramatic circumstances to seal the 2017 Intrust Super Premiership NSW Minor Premiership, the Wyong Roos and NZ Warriors played out a 26-all draw in Round 24 of the competition.

Leading by 10 points with eight minutes to play, the Warriors snatched a competition point on the back of two quick tries.

Earlier in the season, the Roos – bolstered by the inclusion of Roosters NRL regular, Latrell Mitchell – scored a narrow 20-14 win over the Warriors at Mt Smart Stadium.

Mitchell’s double offset the work of ISP NSW Team of the Year member Mason Lino; Wyong putting an end to the Warriors’ unbeaten start to the season in Round 9.

There’s exciting match-ups across the park, perhaps none more so in the battle of the number sevens.

Noted halfbacks Mitch Cornish and Mason Lino square off in one of the many promising head-to-head clashes, the efforts of both men set to excite and delight all comers at Leichhardt Oval on Sunday.

The craft and skill of the nippy halves will come only off the back of the work done up front, though, with two of the competition’s most willing packs set to collide in this match.

There is little to split the two sides in all major statistics, suggesting another close encounter – the Roos again ready to go beyond the 80 minutes, if need be. 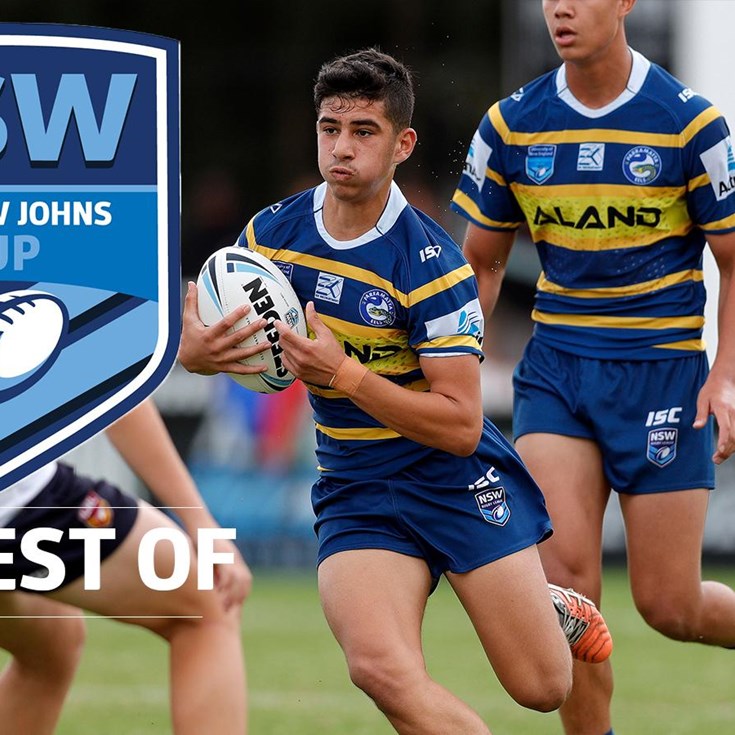 Between the Posts: Pearce puts a ring on it

The Short Side with Jamie Soward | Ep 2: Mitch Williams