En Route to the 2017 Intrust Super State Championship, the Penrith Panthers put forward a crushing display against the PNG Hunters at ANZ Stadium. The Hunters, minor premiers in Queensland's Intrust Super Cup, had to register a late comeback in the grand final to claim the title the previous week, but were truly outclassed in the national decider on NRL Grand Final Day.

The stats from the game tell the story of a relatively one-sided affair: Penrith made a huge 1,840 metres to the Hunters' 1,087, 56 per cent of possession and, in the most telling stat, missed just 17 tackles. That's well above average by Intrust Super Premiership NSW standards, while the Hunters remarkably missed 71 - 20 more than the next worst effort in the NSW competition this year.

The Hunters, who found themselves with the early lead thanks to a penalty goal in the second minute, actually registered seven line-breaks (to the Panthers' 10), but were unable to capitalise for much of the game. With the result already beyond doubt, a Jarome Luai sin-bin late in the game did allow PNG to close the gap somewhat with three tries in the final 12 minutes - all coming while Penrith were reduced to 12 men.

Individually, Kaide Ellis was named Man of the Match with 121 metres and 23 tackles, but it is hard to look past the efforts of Tony Satini, who scored a hat-trick in the opening 15 minutes and followed it up with a fourth on the stroke of half-time. Satini ended up with 265 metres and eight tackle-breaks to his name. Fullback Mason Cerruto and winger Christian Crichton also contributed heavily in the back with 231 and 203 metres respectively.

Download the full stats report from the match below. 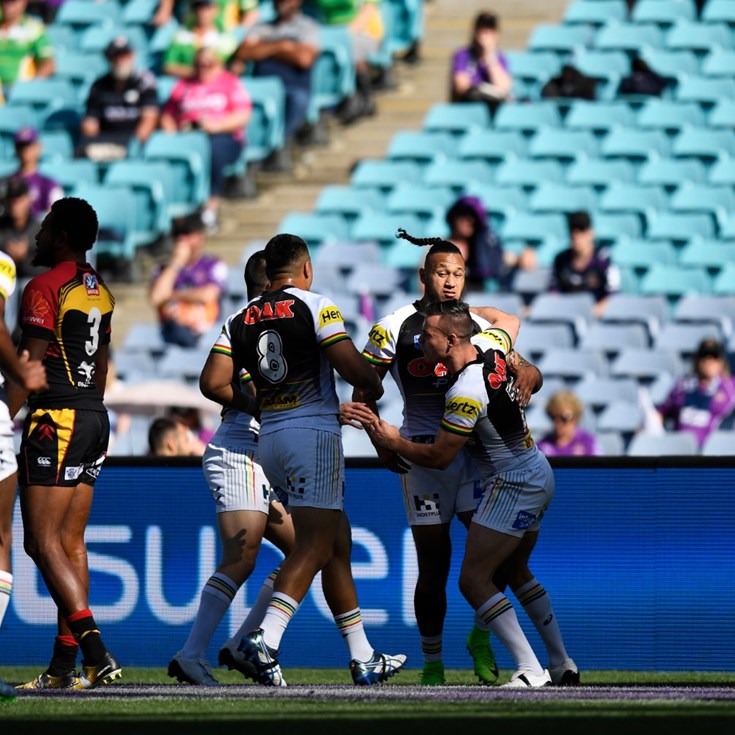