Back to full fitness after overcoming his injury woes, former NSW Origin halfback Trent Hodkinson believes he can be successful again at NRL level at the Cronulla Sharks.

And after a turbulent two-year stint at the Newcastle Knights which included being dropped to the Intrust Super Premiership, he signed a one-year deal on Monday with Cronulla a day after gaining a release.

When asked what he was hoping to achieve at his new club, he replid: "Getting into a positive environment and enjoying my footy again. It’s been up and down as we’ve all seen over the past couple of years.

"I’m looking forward to getting back to the basics and enjoying my football again."

Hodkinson had also been linked to a possible switch to the Manly Sea Eagles but he said moving to Cronulla was the best option for his family as well as his football career, playing alongside the likes of Valentine Holmes, Josh Dugan, Chad Townsend and Matt Moylan.

“I know the boys pretty well and they’ve had some great success over the past few years as well. It’s just a great package to be a part of, really," he said.

“Where do I begin, they’ve got some speed out wide and exciting players in like Val and Duges. Chad’s been playing some really good footy, plus Moylan comes into the mix now. There’s speed right across the backline and a lot of skill, it’s exciting.

“The body is fine. I’ve had a good pre-season. I’ll start training with the boys tomorrow."

There has been speculation about where he would fit in with Moylan and Townsend likely to be the first-choice scrum-base combination but he believes he can find a role alongside his younger halves teammates.

“I just want to help them out, I’ve been around for a little while now and I want to bring that experience and guidance to a few of the younger guys here but I’ll sit down and have a deeper chat with Flanno about that," he said.

Hodkinson has played 156 NRL matches and adds experience as well as goal-kicking nous to a Sharks team packed with representative talent.

"The opportunity to sign Trent materialised when it became obvious he was going to negotiate a release and his addition to our squad will add to our depth and experience in the halves," Sharks coach Shane Flanagan said.

"He's fully aware he's coming here as a back-up, but these days you need a real competitive 30-man squad with four halves but no only that, he fits our club in that he is a quality person off the field, someone who can enhance our community programs, while his leadership and experience will help with the development of our young halves Kyle (Flanagan) and Jack Williams.

"Trent has had some recent injury issues, but I believe we have the best high-performance staff in the NRL and we will work hard on getting his body right and getting him on the field." 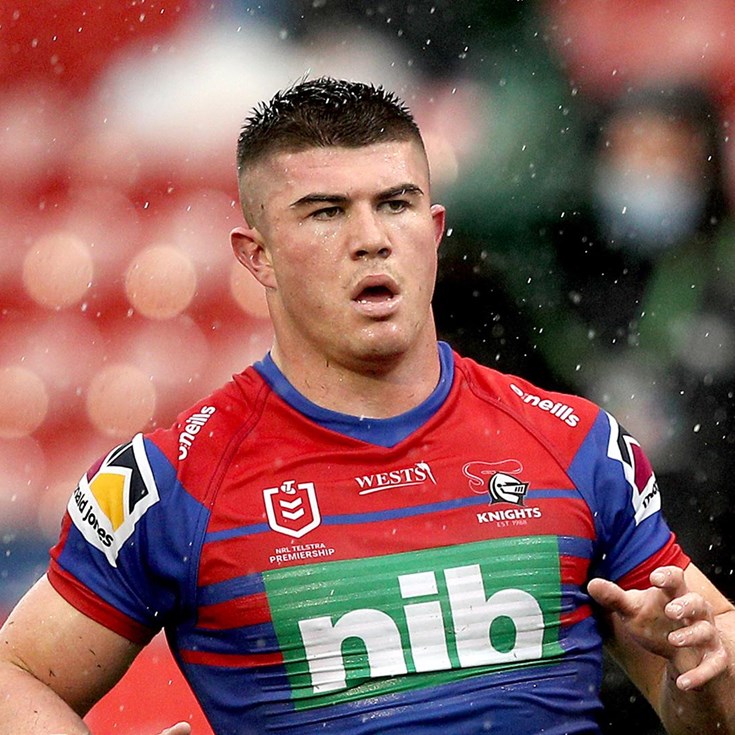 Addo-Carr: Why it's a special week for our people