Two of the Jets’ best young performers in the opening fortnight have been their fullback and hooker, Will Kennedy and Blayke Brailey – but both have generational ties to the Balmain Tigers. Kennedy, son of the former Balmain centre of the same name (but most commonly known as “Bubba”), joins Brailey, brother of Sharks hooker Jayden and grandson of 1950s Tiger Brian.

The pair were elevated to the Intrust Super Premiership this year after showing promise in the Holden Cup – and have both reached the try-scorers’ list in each of the Jets’ two games. On Thursday night, they crossed for a try each as Newtown earned their first win of 2018, defeating St George Illawarra 24-12.

Saturday’s game in Auckland saw the return of an old dog in Greg Eastwood, but young guns stole the show for both sides. Both of the Warriors’ tryscorers – Round 1 hat-trick hero Lewis Soosemea bagged another try, while 18-year-old Hayze Perham continued to impress in attack with a double. For the Bulldogs, 2017 Holden Cup graduate Jayden Okunbor scored one and set up another, while 21-year-old recruit John Olive crossed twice; Fa’amanu Brown was the only try-scorer over the age of 22 in the 30-14 win.

He was one of the last Western Suburbs Magpies left competing in the NRL and has headed up the club’s return to the Intrust Super Premiership – right down to the little things. Brett Hodgson spent the minutes after his side’s Round 2 win helping ground officials carry bolsters and equipment off the field, in a positive look for the club’s teamwork ethos.

The friendly rivalry between brothers Tyler and Mitch Cornish goes full circle in 2018; while Mitch began his senior career at the Raiders and Mounties, Tyler spent time at the Wyong Roos and the Sydney Roosters system. This year, they find themselves at opposite clubs, with Mitch in his second season at the Roos and Tyler now at Mounties – but it was the latter who had the last laugh on Saturday afternoon.

In what was expected to be a much closer affair, Tyler’s side easily accounted for Wyong in the 42-6 victory, with the younger Cornish also crossing for a second-half try. Mitch kicked the Roos’ only conversion, but he will be hoping to get one back if the pair are to face off again in Round 8.

We’re only two weeks into competition, but few would have expected Blacktown second-rower Jack Gosiewski to have the Intrust Super Premiership’s most tries at any stage this year – and certainly not via a surprise four-try haul. The former Bear strolled over untouched late in the first half of the Sea Eagles' 46-0 trouncing of Wentworthville, before notching up a second-half hat-trick – one try off a kick and two more off short balls. Scoreless in Round 1, he's now on four for the year alongside the Warriors' Lewis Soosemea.

It’s an important season for Gosiewski, who played five games for the Rabbitohs in 2016 before a devastating run with knee injuries limited him to just one last season. The knee has appeared to hold up fine in Gosiewski’s first two games, in a promising sign for both Blacktown and Manly Warringah fans.

The staff writers at NSWRL.com.au had been hoping for one of the competition’s Patricks to have a standout game this weekend, with a St Patrick’s Day-related headline on offer. Unfortunately, it wasn’t to be; after the Dragons’ Pat Herbert played in a defeated side on Thursday night, neither Pat Sipley (Warriors) or Pat Mata’utia (Knights) tasted success on the day itself. Five-time Irish international James Hasson was also on the wrong end of the 24-12 scoreline on Thursday, in a disappointing round for both Irishmen and players named Patrick.

Robbie Farah’s return to the Intrust Super Premiership was a focus for fans at Panthers Stadium on Saturday – but for the first time ever, the 34-year-old tasted defeat in the competition. It was Wayde Egan and Tom Eisenhuth who starred for Penrith, scoring a double each as the home side engineered a second-half fightback to win 30-24.

As the weekend of Intrust Super Premiership came to a close, it took a turn for the worse at the foot of the mountains as Panthers front-rower Tim Browne slowly left the field with a ruptured bowel. With the scorching 36-degree heat not helping his cause, two trainers assisted the 103-game NRL veteran off the field, where they spent several minutes assessing him before an ambulance arrived.

The injury was a medical emergency and Browne underwent surgery late on Saturday night; according to the penrithpanthers.com.au, "the 30-year-old is in a stable condition and is expected to make a full recovery." The NSWRL’s thoughts are with the him as he rests up in hospital.

Hoping for swift recovery for @PenrithPanthers Tim Browne who has been taken to hospital via ambulance after sufffring spline injury in @IntrustSuperPrm more @telegraph_sport pic.twitter.com/YBzaQiZm6o

It's not every day a team notches up a big score without conceding - but for the Sea Eagles, it happened across both senior grades in Round 2. After the Blacktown Workers Sea Eagles defeated Wentworthville 46-0, the Manly Warringah Sea Eagles managed 54-0 over Parramatta in the NRL, completing a 100-0 aggregate scoreline which is extremely rare in elite Rugby League. It announced both sides as contenders in their respective competitions, with both Blacktown and Manly putting forward the most dominant displays of a team so far this year. 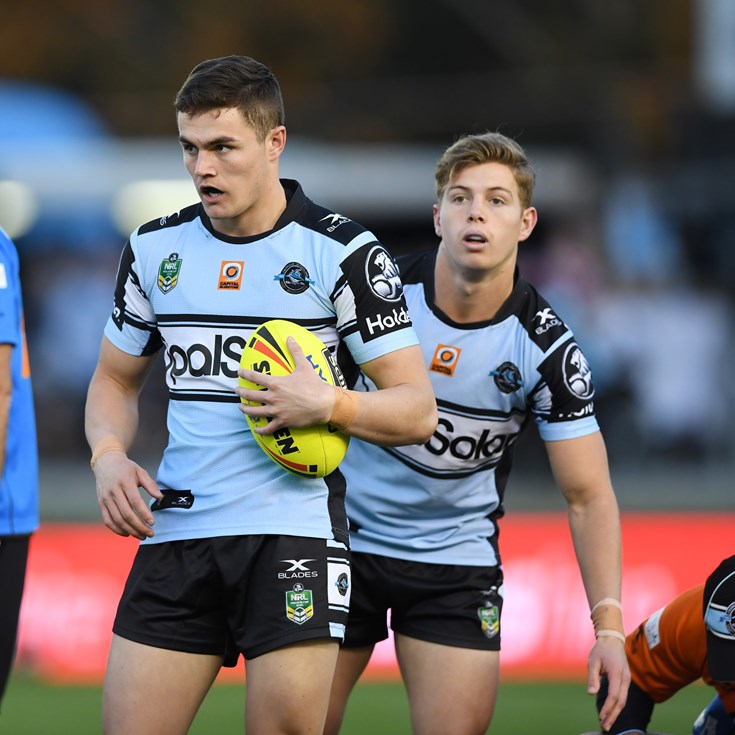