Josh Morris has found being loyal an easy proposition during his 10-year stint at the Canterbury-Bankstown Bulldogs, which reaches 200 games this Friday night at ANZ Stadium.

Morris will become just the ninth player in club history to reach 200 NRL games when runs out against the Penrith Panthers.

He will join an illustrious group of names which includes Hazem El Masri, Terry Lamb and the late Steve Folkes for most club appearances in blue and white.

Morris admitted the loyalty shown from Canterbury throughout his 10-year career outweighed any lucrative offers from rival clubs.

"It wasn't tempting at all in the end, I've always wanted to stay," Morris told NRL.com

"The club had always looked after me since I arrived and it was more about showing them faith. This club turned into a home away from home for me and means a lot to me."

A Kiama junior, Morris joined the Bulldogs in 2009 after being stuck behind formidable centres Mark Gasnier and Matt Cooper early on in his Telstra Premiership career at the St George Illawarra Dragons.

The 31-year-old's impact at Belmore was immediately recognised with an Australian Test debut in his first season at the club.

"The 200 games has been 10 years in the making and we've had plenty of ups and downs along the way but very excited about the weekend and proud of the milestone," Morris said.

"I certainly never had it in mind that long ago, but felt comfortable from the beginning when I joined the club. My little girl will be at the game for the first time too so it will be a special day."

Off contract at season's end, Morris re-signed with the Bulldogs in 2014 on a three-year deal after knocking back an offer to return to the Dragons.

Instead of having the chance to link back with twin brother Brett, the pair would later re-unite at the Bulldogs the following season at Belmore.

The Bulldogs have endured a tough start to 2018 with back-to-back losses against the Melbourne Storm and Sydney Roosters in the opening two rounds.

Despite showing improvements in attack with a new-look spine, the side has conceded 66 points in two outings.

"If it was round 24 or 25 and we had those back-to-back losses we would be very worried," Morris said.

"We are a squad that is developing those combinations. It's going to take time. Once you get a win you get that confidence and before you know it you're on a roll.

"If we didn't do something well last week we need to identify that and make sure it doesn't happen again."

Of the positives, Morris highlighted the dynamic early round performances of Moses Mbye and Raymond Faitala-Mariner, who have gone to a new level under the guidance of new coach Dean Pay.

The Bulldogs centre put their early-season form down to having a clearer understanding of their roles and playing with more freedom.

"They've both got a lot of confidence," he said.

"I think with Ray he knew he was going to get that opportunity early on and trained hard in the pre-season accordingly. He did the most running before Christmas more than anyone.

"For Mo (Mbye) he's known for a while he'll be at fullback and that's given him the confidence to go out and play his natural game and not worry about directing the team around the park. That suits the way he plays." 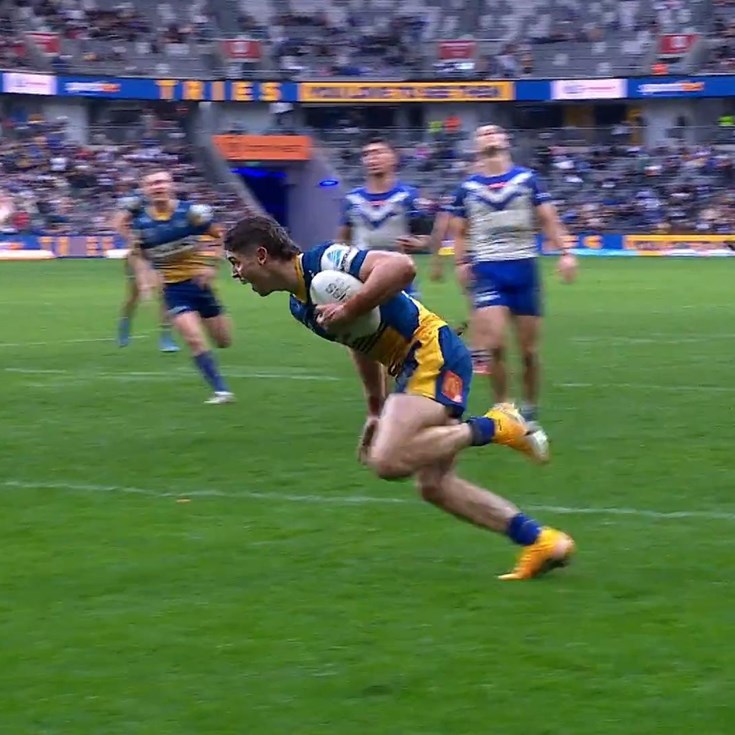