It was a come-from-behind win that few could have seen coming.

Caught on the hop, the slow-starting Wyong Roos trailed by 16 points in their Round 3 clash with the previously-unbeaten Western Suburbs Magpies.

“I’m actually not sure how we did it, the half-time chat was obviously a little bit interesting,” Roos captain Mitch Williams told NSWRL.com.au, post-match.

“Rip [Taylor] kept it pretty simple, we needed to put more pressure on their halves, we needed to win a few of those tackles in the middle.

“We completed well in the first-half, we probably just didn’t ice our chances the way that we would have liked to.”

Conceding three consecutive first-half tries, Wyong looked at the Magpies’ mercy – as they were in Round 2 against Mounties.

“[Josh] Drinkwater had it on a string for them, he set up a few nice tries for them in that first 40,” Williams said.

“We put a little bit more pressure on him in the second-half. We got a little bit of luck here and there, the momentum swung and we were good enough to put them away.”

Rallying to find the front when it mattered most – as they did also in their Round 1, 25-24 win over the Newtown Jets – the experienced No.9 was left scratching his head after up-and-down efforts to start 2018.

“That’s the million-dollar question, isn’t it? How we can compete and be in the contest for 80 minutes one week, and outplayed completely in another,” Williams joked.

“That’s what we’ve got to try and work on. At the start of the year, you want every performance to be as consistent as possible.”

The Roos will take on the Warriors at Allianz Stadium in Round 4 of the Intrust Super Premiership, hoping to score back-to-back wins for the first time in 2018. 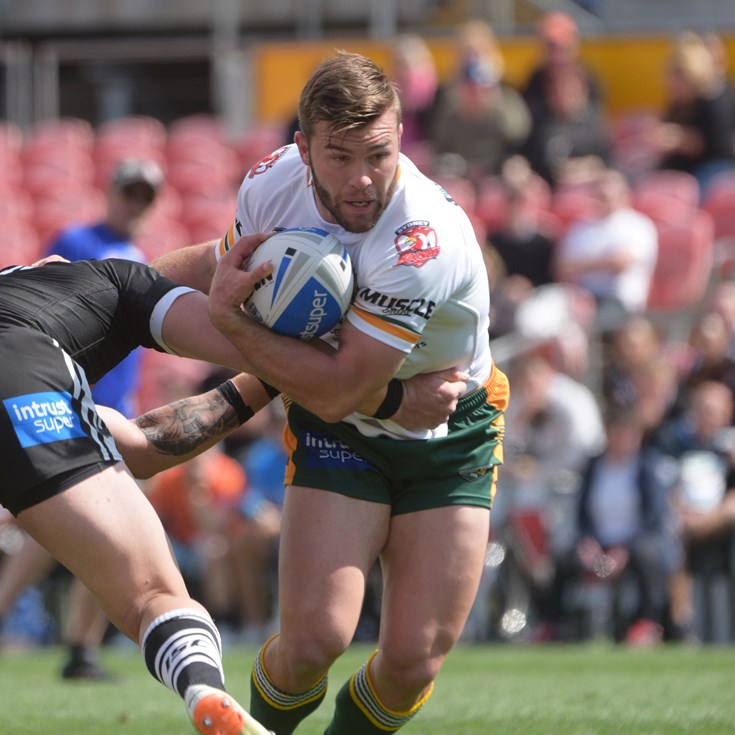 Gamble’s Golden Boot Does It Again For Wests