A nudie-run, the 12th Man and some cricketing yarns - the first State of Origin played at the MCG game in 1994 had some unexpected elements.

The bold decision to take the game away from Brisbane's Lang Park and the Sydney Football Stadium paid dividends when almost 90,000 spectators turned out to watch the interstate clash.

What the MCG lacked rugby league pedigree, it more than made up for in size, remembered Blues second-rower Paul Sironen, who played in the historic match.

"The thing that hits you is the enormity of the place - it's massive," Sironen told NRL.com.

"Because it is on a bigger oval, like the SCG on a bigger scale, you can tend to lose your bearings a little bit.

"With a traditional rugby league ground, there's not a lot of space between the sideline and the fence."

Why a near-capacity crowd showed up to watch a one-off league game was surprising but Sironen thinks the sports-mad Melbournians were keen on experiencing something new.

"It was more out of curiosity to see these blokes from up north trying to belt the crap out of each other," he said.

"It was funny because it was dead silent at times. If you're playing at Lang Park or ANZ (Stadium), there's that constant noise the whole time."

There was plenty of talent on show that night. The Blues fronted up with Andrew Ettingshausen, Laurie Daley, Ricky Stuart and Brad Fittler, while Queensland could rely on stars like Mal Meninga, Allan Langer, Kevin Walters and a young debutant on the bench by the name of Gorden Tallis.

The thing that hits you is the enormity of the place - it's massive.

But the ground had some unscheduled pre-match entertainment of its own.

"I'm pretty sure there was a streaker at the start of the game, would you believe," Sironen laughed.

"For a cold night in Melbourne, she was a brave young lady. That was right near kick-off. I don't think TV cameras would have picked it up in those days."

If the sport-mad crowd were expecting plenty of free-flowing rugby league, they were going to be disappointed.

"It was a pretty dour sort of game; we just had to win it to stay alive," he said.

"Queensland pulled our pants down and got us in the last couple of minutes in game one. It was defence-orientated game. For the Melbourne traditionalists, it probably wasn't a great spectacle, but a pretty rugged affair."

Glenn Lazarus - who would return to the Victorian capital four years later to be the inaugural captain of the new Melbourne Storm franchise - scored a try in the first half.

Despite a couple of penalty goals from Tim Brasher, neither team could push away to a commanding lead.

Brasher and Maroons hooker Kerrod Walters were involved in a melee, which sparked Australian satirist Billy Birmingham, a.k.a. The 12th Man, into action with a unique present to the NSW fullback.

"I remember the 12th Man putting a picture of it on his album cover when I had an altercation with Kerrod Walters in the in-goal area," Brasher said.

"He knocked me down, I jumped up and grabbed him by the shirt and copped a fist. And lo and behold, the 12th Man put his head on Kerrod's head - and I've got (the album) on the wall at home, signed by the 12th Man. It was pretty funny."

The Blues scored another try through Steelers centre Paul McGregor and, after defending intently for the rest of the game, came away with a 14-0 win.

The victors had another treat in store after the game - a chance to meet with some local cricket royalty.

"I recall a couple of cricketers coming down into the sheds after the game, and we had a chat with them," Sironen said.

"I remember talking how good it would be bowling during the Boxing Day Test - with a joint full like that."

Cricket at the 'G seemed a natural talking point. But the Blues were mainly relieved they got the job done.

"Those games were always tight back in those days, always tough, fun and any time you win an Origin game is always special." 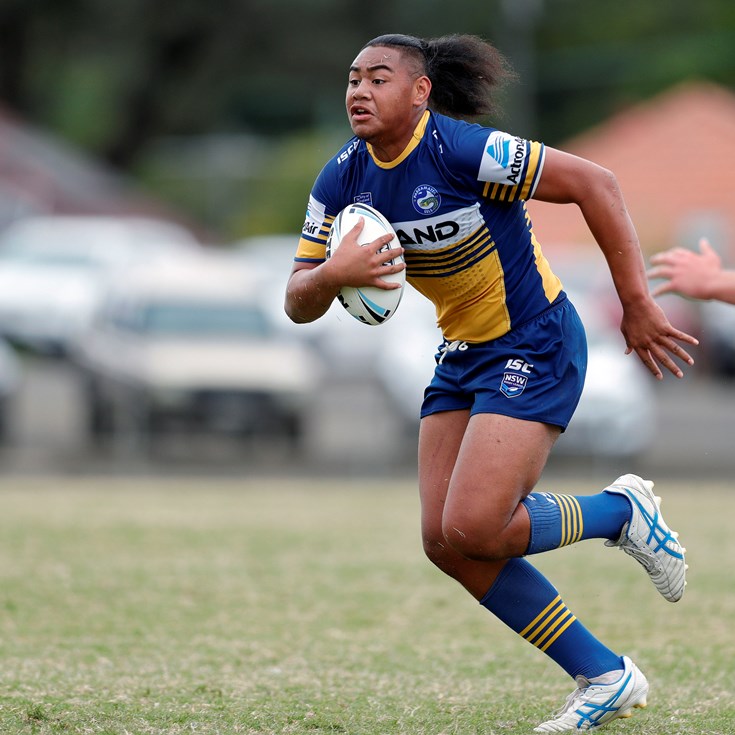