The match was evenly matched in the first half after the Wolves opened the scoring with Maverick Tweedie's try in the 13th minute.

The Saints stuck back when they took full advantage of Glebe-Burwood errors coming out of trouble – with Chris Aunese-Scanlan's first try and Joe Vaegaau's effort mid-way through the first half coming off the back of Wolves mistakes inside their own 20-metre area.

Jordan Topei-Aveai replied for the Wolves to level scores 10 minutes from half-time, before a superb individual try by Saints skipper Nathan Smith two minutes from the break gave the visitors an 18-12 lead heading into the sheds.

With former Cronulla five-eighth Penani Manumalealii giving the Wolves backs great service on the back of strong go forward, Demetriou cut loose in the second half in a display of the potential he has always possessed.

Demetriou bagged a second-half hat trick in the space of a 20 minutes to blitz the shell-shocked Saints. Topei-Aveai completed his double, and Lebanese World Cup forward Ahmad Ellaz finished the second-half rout with a late try to maintain the Wolves' place at the top of the Ron Massey Cup table.

Demetriou landed seven goals from as many attempts to go with his hat-trick, to give him a personal tally of 26 points. Aunese-Scanlan completed his double to give the Saints a late consolation try.

Elsewhere, the Asquith Magpies maintained their unbeaten start to the season with a hard fought 24-18 win over the Cabramatta Two Blues at Storey Park on Sunday (29 April).

The Magpies opened the scoring when a Matt Place cut-out pass found winger Alex Nicholls-O'Neill for the opening try in the 16th minute, before the Two Blues responded four minutes later with a well worked first try for winger Brent Anderson to take a 6-4 lead with Jake Butfield's conversion.

A Cabramatta error right on half-time led to Magpies fullback Braeden Batiste putting through a speculative grubber kick for opposite winger Kane Allan to score and give Asquith an 8-6 lead at the break.

Another Cabramatta mistake from the second half kick-off led to Asquith lock Jesse Martin scoring an opportunist try two tackles later to extend the Magpies lead to 14-6 with Kurt Horton's conversion.

Cabramatta struck back again when second rower Jason Thompson barged over from close range in the 51st minute to reduce the deficit back to 14-12, with Butfield's simple conversion.

The Magpies then seemed to take control with well worked tries down the right edge from Jake Attard and former leading Ron Massey Cup try scoring centre Mick Pearsall on his return to Storey Park to give Asquith a 24-12 lead with 18 minutes to play.

Cabramatta came back a third time when Anderson completed his double on the end of a Butfield stab kick in goal with nine minutes to play. Butfield's touchline conversion set up a grandstand finish at 24-18.

The Magpies then held on in the closing stages to secure their victory.

In a typically tight battle between the Western Sydney rivals – which went scoreless for the first 20 minutes – Mounties hooker Harry Leddy got the opening try in the 23rd minute for a 6-nil lead with Jett Karam's conversion.

Guildford then slowly ground their way on top with a quick replying try from evergreen centre Harmony Hunt five minutes later, and a try from interchange hooker-half Aaron Grech five minutes from half time to give the Owls a 10-6 lead at the break with Josh Camroux's conversion.

When Camroux scored himself six minutes into the second half and duly converted his own try, it appeared that Guildford were in control with a 16-6 lead – a lead the Owls took into the last 20 minutes.

Steve Tavita's try with 20 minutes left set up the chance for a storming finish for the visitors at 16-12 after Karam converted.

The Mulga then took advantage of the tiring Owls defence and the absence of star halfback recruit Josh Lewis with prop Josh Saunders-Jones bursting over with seven minutes left. Karam converted to give Mounties an 18-16 lead.

Even though the Brethren were more committed in defence fresh off their bye after their earlier heavy defeats, the match still appeared to be going to the formbook when Zac Nicholls and James Gammidge got the first two tries of the match to give the Magpies a 10-nil lead after 26 minutes.

The fired-up Brothers then struck back against a butter-fingered Wenty outfit when winger Simon Lewis scored in the corner and duly converted in the shadows of half time to reduce the Premiers' lead to 10-6 at the break.

Wenty again appeared to assume control when Beau Henry scored six minutes into the second half for a 14-6 lead, before an inspired Brothers side again struck back hard.

With the Magpies continuing to turn the ball over, the Brethren took full advantage with tries to fullback Ryan Foaese and centre Troy Bendell in quick succession giving Brothers a remarkable 16-14 lead with 18 minutes to play.

Just as Brothers were looking at an historic first ever Ron Massey Cup win, interchange player Rhys Davies scored with 12 minutes left to regain the lead for the Magpies.

Wenty then held on in the closing stages for a scrambling victory.

Finally, the Blacktown Workers Sea Eagles were too strong for Hills District Bulls 29-16 in their match at Crestwood Reserve last Sunday.

In an entertaining contest, both sides went try for try in the first half – with Veiru Mapesone's opening try for Blacktown matched by Tom Perrin's reply for the Bulls in the 14th minute.

Takina Vailea marked his return from the Intrust Super Premiership NSW with his try in the 24th minute, before Mapesone completed his double four minutes later to give the visitors a 16-6 lead.

Makeshift Bulls winger Hayden McWilliam scored wide out eight minutes from half time for Mitch Hyde to convert - cutting the Blacktown lead back to 16-10 at the break.

The Workers Sea Eagles then took control in the first 10 minutes of the second half with tries to Denzal Tonise and James Tuitahi for a commanding 28-10 lead after Kamren Cryer converted both tries.

Perrin completed his double midway through the second half to keep the Bulls in the contest at 28-16 when Hyde converted.

However, Blacktown held out the Bulls well enough in the last 20 minutes to secure their victory – with Mapesone's field goal with two minutes left putting the icing on the Blacktown cake.

Glebe-Burwood sit on top on eight points after four rounds, with Asquith one point behind as the only other unbeaten team. The Bulls and Penrith Brothers are sitting at the foot of the table with two points each.

Round Five matches this weekend sees four matches on Saturday, and the clear match of the round between Guildford and Asquith at McCredie Park as the only game on Sunday.

Tony and HHH FM cover the Ron Massey Cup and the Sydney Shield each weekend – this week, the team are back at Lionel Watts Reserve for the Sydney Shield clash between the Belrose Eagles and the Hills District Bulls live on Sunday at 3:00pm on 100.1FM or at www.triplehfm.com.au 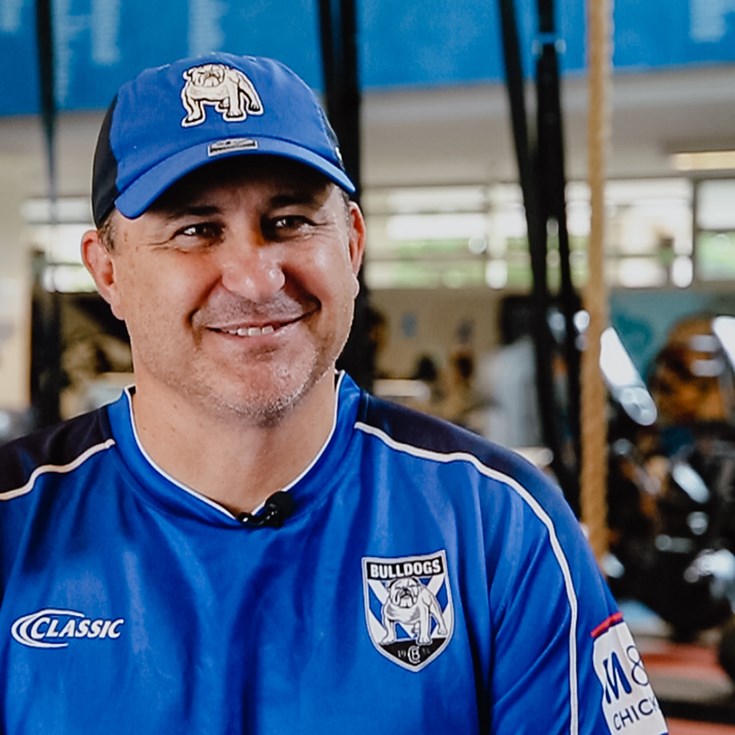