Cooper Cronk has thrown his support behind Roosters team-mates Latrell Mitchell and Luke Keary for the Origin arena, but says consistency is the key if the duo are to warrant selection in Brad Fittler's Brydens Lawyers NSW Blues side.

Bursting out of the blocks in the opening rounds of the NRL season, with back-to-back victories in Round 2 and 3, Mitchell and Keary were at the forefront of conversations as potential Origin debutants after their strong performances in their wins over the Bulldogs and Knights respectively.

While Mitchell's powerful attacking prowess has been evident since his first-grade debut in 2016, his vastly improved defensive efforts this year has seen him skyrocket into contention for the left-centre position.

"I think he's definitely got the skill-set, the belief, the determination, and the toughness to handle the biggest arena in rugby league," Cronk said.

"The only people who know if they're origin ready are Kevin Walters and Brad Fittler.

"There's no doubt that Latrell Mitchell at the age he is now - he is not the finished product [but] he needs to continue to develop and get better, and he's got a great working relationship with the guys who will help him get better."

As he struggled to adapt to the defensive role of a centre at the start of the 2017 season, which saw him dropped to the Wyong Roos in the Intrust Super Premiership last year, his determination to self-improve has seen him become a more balanced player on either side of the ball.

I think he's definitely got the skill-set, the belief, the determination, and the toughness to handle the biggest arena in rugby league,

Having scored five tries this season, matched with five line-breaks and 47 tackle-breaks in his 10 appearances for the tri-colours, it's undoubtedly his stronger defensive work-rate that has been the most impressive.

"You can see by his performances [that] he's narrowing the gap between his best and worst performance and I think that's what Origin players do," he said.

"Their level of consistency is the reason they get picked, not because they can have one big play that can turn the game, it's because they consistently, from the first minute to the 80th minute, are putting themselves in a position to play well.

"At the end of the day, that's what Origin is about."

Mitchell has arguably been the most consistent performer in a roller-coaster start for the 2013 premiers, while Keary has also been a standout when the Roosters have shown their potential.

He's ranked second behind Gareth Widdop for most try assists in the competition (10) and has also laid on six line-break assists for his team-mates in the process.

While the Roosters short burst of early success indicated a seamless transition for the new-look halves pairing, Cronk made aware that consistency is imperative if Keary is to make his Origin debut on June 6.

"Any person whose name gets put up in lights for Origin needs to play consistent and high-level football for more than just one game, and the guys who have played a lot of games of Origin still need to do that; that's just the way the beast is.

"I definitely think he's capable of handling the arena but handling it is not why you should pick [players for] Origin.

"You need to handle it but then go and play what you do at club level at Origin level." 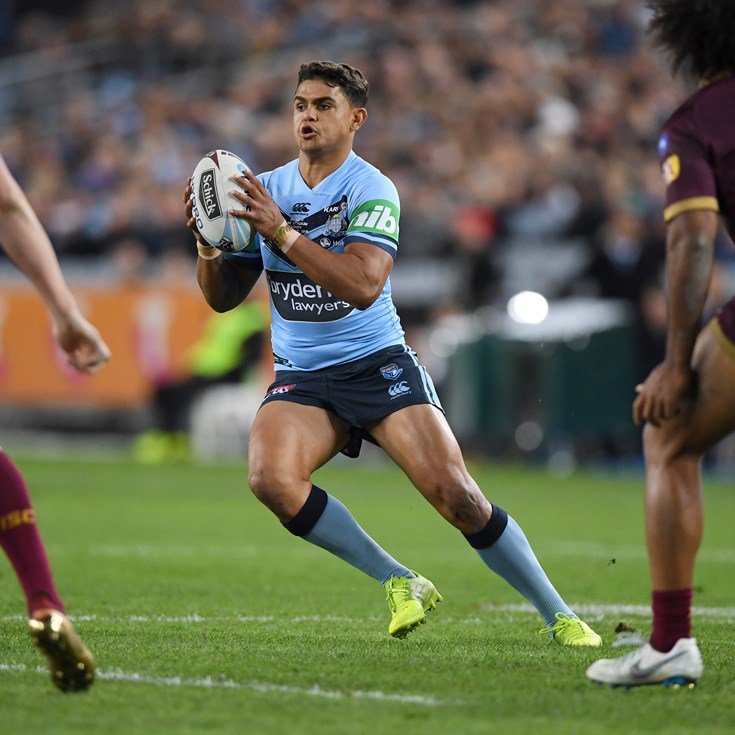