After 14 years and four clubs, the decorated career of back-rower Beau Scott could be at its end.

The Parramatta hard man left the field in the 61st minute of the 24-14 loss to the Warriors at ANZ Stadium on Friday night. He was limping on his left knee but pushed two Eels trainers away who were trying to assist him from the field.

Scott turned 34 this week and is off contract at the end of 2018. If he needs a knee reconstruction he would not play again this season, and unlikely he would be given a new contract for 2019.

"Sometimes it's not fair but it's the game. The boys put their bodies on the line week after week," Arthur said, when asked if it was not the best way for someone of Scott's standing to exit.

He has played three Tests for Australia and 11 Origin games for NSW.

"It's easy for everyone to have pot-shots at them but you actually get out there and put your body on the line and see how you handle it," he added.

Scott is one of the Eels co-captains but has had a disrupted year, missing four games already.

He made his NRL debut in 2005 with Cronulla and played with the Dragons and Knights before signing with the Eels.

Scott becomes another in a long list of injuries for Brad Arthur's team – seven regular NRL starters were missing on Friday night. Now it is eight.

"Well we've only got a couple left who aren't injured who can actually play," Arthur said, when it was suggested he blood some new talent with 2019 in mind.

"But at the moment, it's got nothing to do with next year. We're planning for next week against the Broncos and that needs to be our mentality. We're not giving up; we're staying in the fight.

Meantime, Arthur has to find a way to recharge his players. That's now nine losses and the finals are most likely out of reach with just 13 rounds left.

It won't be long before the doomsayers start pointing the finger at Arthur and whether he is getting through to his players, or whether he should try some different attacking strategies.

"We're always looking at things we can do better, but you can't go and change everything that we do, that works for us when we do it right," Arthur said.

"If we take out three or four of those big moments tonight, we're probably talking about a different result – same as last week."

Last week the Eels lost another close one – to the Bulldogs – after a Parramatta error in defence. The same thing happened against the Warriors when Mitchell Moses failed to clean up a Blake Green kick and Jazz Tevaga scored to give the Warriors the lead.

"That probably typifies our whole season ... moments, big moments in a game, that we're not nailing," Arthur said.

"We're trying really hard – and the effort was great again tonight – but effort is not enough to win an NRL game against good teams." 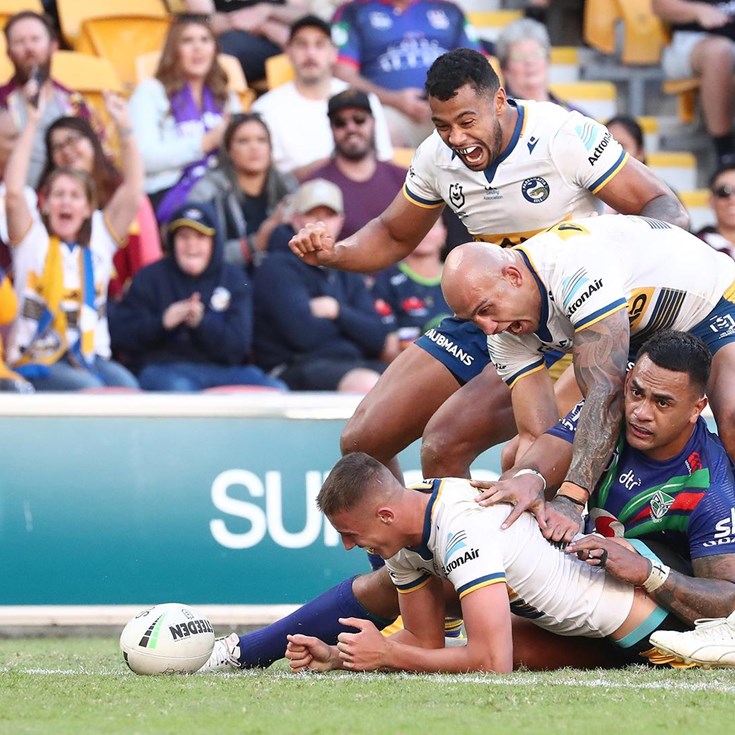