It's the term that no Rugby League fan wants to hear said about their club, but it's about to become a reality for the Canterbury-Bankstown Bulldogs: the Belmore-based franchise has all but officially entered a rebuilding phase.

Prior to a fan forum last week, Bulldogs CEO Andrew Hill and Chairwoman Lynne Anderson addressed the club's salary cap situation, which has left slightly more than $500,000 to spend on five remaining NRL-contracted players next season. It will also prevent the club from making any major signings until the 2021 season.

While the scenario may force the Bulldogs to sign relatively inexperienced players from other clubs – which began with Panthers winger Christian Crichton signing on for three years on Friday – it also increases the club's reliance on its Intrust Super Premiership and Jersey Flegg sides, which could need to produce several players directly into the NRL squad. For Intrust Super Premiership coach Steve Georgallis, it's a challenge he embraces.

"It's probably well-publicised that we've got to make our own, with the salary cap and stuff, players coming through our system," Georgallis told NSWRL.com.au after his side's 22-12 defeat of the Knights. "It basically means that we've got to develop our own players now and test a few of the '20s players at this level – which is one level before NRL – and see if they can handle it.

"The next few weeks we'll probably see a few more players (coming from Jersey Flegg into the Intrust Super Premiership). That will probably lead to those games being interesting and errors and all that sort of stuff coming into games.

"Hopefully it won't be too much of an issue for them to come into the team."

Making matters more difficult for Georgallis is a unique dilemma in his playing stocks: for the past two weeks, the team has included no less than four regular hookers.

They include Michael Lichaa, relegated from the NRL three weeks ago, Fa'amanu Brown, who has since been shifted to halfback, Zac Woolford, who returned from injury in Round 10 as a bench hooker and Bronson Garlick, who is also on the interchange, but has been asked to play in the second row when he takes the field.

While it's an unusual coaching headache, the players' versatility offers a solution.

"Obviously they (Lichaa, Brown and Woolford) are in the top 30 (NRL squad) and they need to be playing week in, week out so if they get the opportunity in first grade, they need to be fit.

"You've just got to try and find a position for them somewhere but they're professional, experienced players that want to get back to first grade."

All four players were solid in grinding out the Bulldogs' sixth win of the season on Sunday, maintaining the club's place in the competition's top four. The club will next travel to Central Coast Stadium to take on the Wyong Roos, broadcast live on Fox League from 12.45pm on Saturday, 26 May. 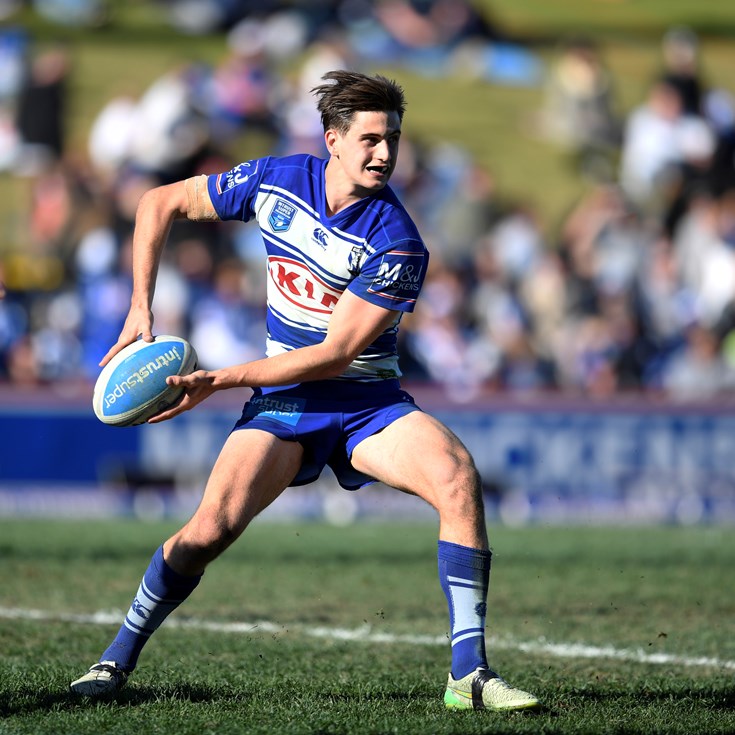 AROUND THE GROUNDS | ISP Rd 11