It's hard not to admire a player who weighs just 78kg yet puts his body on the line every week in one of the most physically demanding sports in the world.

And with the evolution of Rugby League in recent years, halfbacks playing well above their weight are few and far between.

So when you watch Dean Hawkins run out for the North Sydney Bears, ready to fight tirelessly for his teammates against players twice his size, you can't help but marvel at his courage.

It would mean the world [to one day represent the Rabbitohs]. I've been a junior all my life so it would be a real privilege to one day put that jersey on.

But such is the magnitude of his tenacity and pure love for the game that the South Sydney Rabbitohs junior is not intimidated by rampaging forwards, and the rather unheralded 19-year-old is ready to make his mark on the Intrust Super Premiership in 2018.

"Obviously the boys are a lot bigger and stronger, but I feel like I'm getting better each game and that's the mindset I'm taking each week," Hawkins told NSWRL.com.au.

"I just have to do the best I can and put my body on the line for them."

Despite the Bears' hard-fought 42-24 loss to the Blacktown Workers Sea Eagles on Sunday afternoon, Hawkins was arguably their best performer with back-to-back tries in the opening 10-minutes giving his side an ideal start.

He was in the thick of the action when he chased down a Cade Cust break shortly after, but despite his efforts to get his side back into the contest in the second half he was unable to inspire a comeback victory.

With his temperament being one of his strongest assets, combined with a pin-point kicking game and courageous ability to take the ball to the line, Hawkins has proven to be the unsung hero in a roller-coaster season for the foundation club.

"We wanted to flush the last couple of weeks [out] because we've been a bit shaky, but we wanted to get that out of our system and put our best foot forward, but unfortunately [we] couldn't get the win," he said.

"We started that first 20 minutes on fire and then we gave an 8-1 penalty count and it set the tone for the rest of the match and we just couldn't get back into it."

After signing a two-year contract extension with the Rabbitohs late last year, Hawkins was given the chance to train with the first-grade squad over the pre-season to enhance his professional development.

It capped off a seamless transition through the Rabbitohs Development system - starting when he represented the 'junior bunnies' an early age before making the leap from Under 20's to the Intrust Super Premiership this year.

Working alongside Adam Reynolds and Cody Walker presented itself as a prime opportunity to craft his trade as a halfback, and it seemed to have worked wonders for the youngster as he looks to take his game to the next level this season.

"I did the pre-season with first grade and my mindset was just to get fitter and stronger and work on my defence," he said.

"Now I just need to play consistent footy and use [what I learned] to put the boys over the line a few more times and hopefully build from there."

As for his long-term goals, Hawkins has a strong desire to play for the Rabbitohs at the top-level - a club he's supported his whole life.

With unwavering potential, he has his sights firmly set on donning the Cardinal and Myrtle in the hope of living out a childhood dream.

"It would mean the world [to one day represent the Rabbitohs].

"I've been a junior all my life so it would be a real privilege to one day put that jersey on." 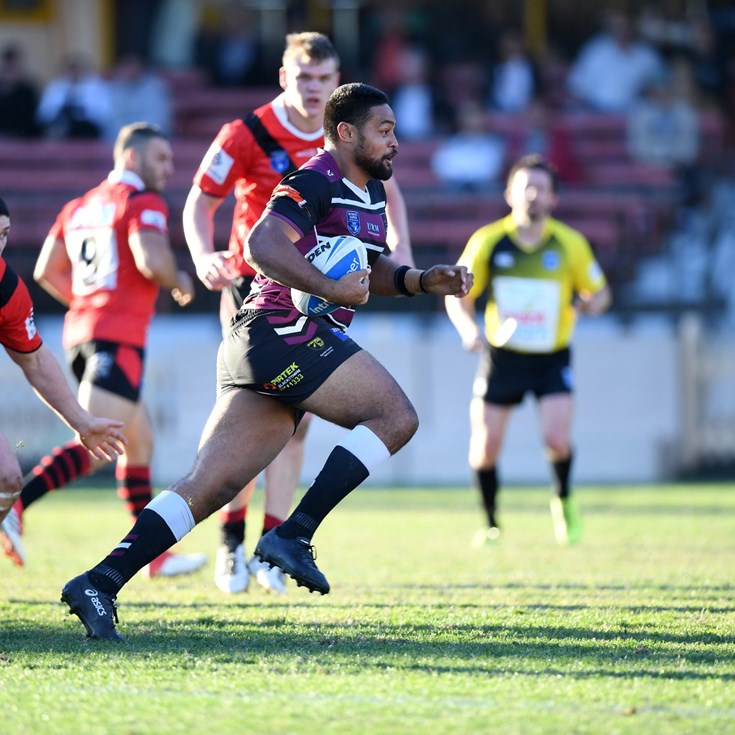