It’s a long way from the bright lights and huge crowds of State of Origin and the NRL in Albany. In fact, on a cold, windy day on Auckland’s North Harbour Stadium, it’s about as far away as you can get.

What could seem like a significant fall, however, didn’t stop Michael Jennings from turning on some of the form that made him one of the game’s showpieces, albeit for the Wentworthville Magpies in Round 17 of the Intrust Super Premiership NSW.

Jennings scored a slick first-half try and then set up the go-ahead four-pointer late in the match, as the visitors secured an unlikely 30-22 win over the Warriors. It capped a stunning comeback for the struggling Magpies, who found themselves down 22-8 early in the second half and appearing destined for another defeat.

Afterwards, Jennings was full of praise for the effort of his Wentworthville teammates.

"I just wanted to do my part for the fellas here," Jennings told NSWRL.com.au. "Some of them are part-time workers who have to make training as well.

"You get a bit humbled when you come down and play with the guys who strive to be in the position I’m in, it’s great."

It was an undeniable shock for many to see Jennings in Magpies colours at all – a course of action taken by Parramatta Eels coach Brad Arthur when his highly-experienced centre had only netted four tries from 16 outings in the NRL this year.

'Fergo' is a great mate of mine. I've played alongside him, he’s a great talent.

The former NSW, Australian and current Tongan representative was happy to pose for photos with fans before and after the game. The wince that he gave when being reminded that it was his first reserve grade appearance in a decade, however, belied the fact that the demotion had stung.

Jennings admitted it had been a testing time - both for him and the club.

"Yeah it’s tough. Tough calls have to be made, and those why I’m playing for 'Wenty,'" Jennings said. "It’s just how the season’s gone… it's just been one of those seasons where nothing’s gone our way."

Jennings’ first training session with the Magpies on Wednesday coincided with the some big news for the Eels. Blake Ferguson has been lured over from the Roosters on a three-year deal - and Jennings was happy to sing his praises.

"'Fergo' is a great mate of mine. I've played alongside him, he’s a great talent. He’ll be great for the club."

Just whether he’ll be lining up alongside Ferguson next season is a question that Jennings wasn’t willing to answer, though.

"I’ll wait till 2019. Right now I’m just training, doing my part and focusing on what I can control now. We are getting ready for a baby, so that’s my main thing right now."

The 30-year-old could confirm, however, his allegiance in rep football for the foreseeable future. While Jennings was excited about the Brydens Lawyers NSW Blues’ State of Origin series win, the recent Pacific Test has reaffirmed his desire to continue wearing a Tongan jersey.

"The build-up to the game [won 38-22 by Tonga] was unbelievable. They've got to be playing more of those games. The vibe that we had for the World Cup with the Tongan fans was unbelievable.

"I think my focus is to play for Tonga right now and doing my part for them."

For now, Jennings is an Intrust Super Premiership player - although having taken the relegation "on the chin and turned up with the right attitude," he will hope the stint is short-lived. The veteran of 251 NRL games slipped in one upbeat note for long-suffering Eels fans.

"We have to finish strong, eight on the trot would be good!" 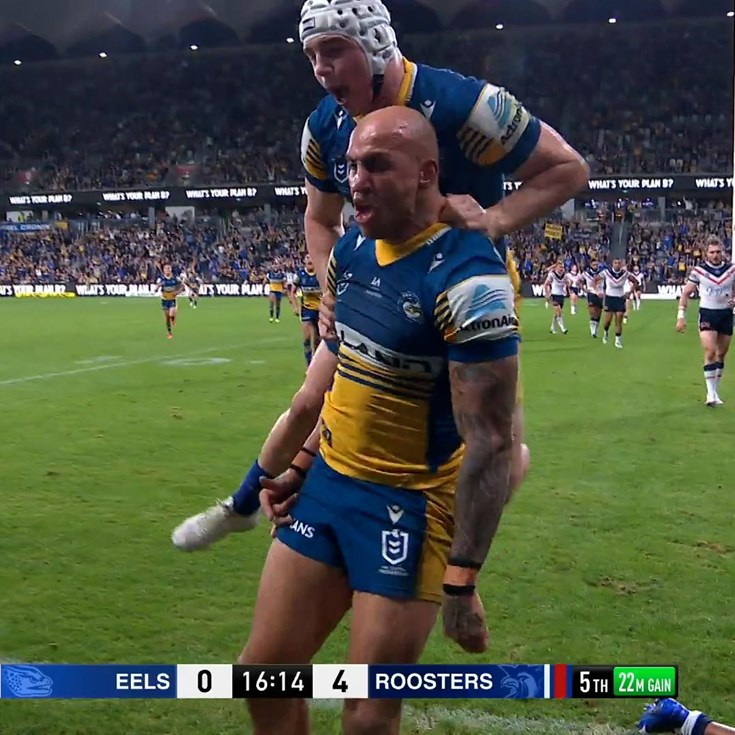 I had a Bad Pre-Season: Vave