A Tom Wright-inspired Blacktown Workers Sea Eagles side has edged the favoured Newtown Jets 26-24 at Henson Park to keep their finals hopes alive.

Wright produced a number of key moments in the second half – including an inspirational try-saver and a brilliant try-assist – to help propel Blacktown to an important win.

A last-ditch comeback in the dying minutes from the Jets set up a classic finish, but it was ultimately too late to secure the victory.

For Newtown, the loss was compounded by further bad news. Star prop Braden Uele was assisted up the tunnel with a leg injury in the fourth minute. He did not return, wearing a knee brace and hobbling on crutches when he emerged from the sheds.

It was the Sea Eagles who struck first. A shrewd grubber from halfback Cade Cust was swooped upon in the left corner by winger Maliko Filino.

The lead quickly turned to eight. A slick shift down the left edge placed the ball in Cust's hands, and he threw a nice early ball to give the powerful Funa room to rumble across the chalk. He couldn't convert his own try.

Newtown finally hit back seven minutes later. A long, lofted pass created an overlap on the left edge and second-rower Anthony Moraitis was able to slip an offload for centre Reuben Rennie to score.

Halfback Kyle Flanagan nailed the goal kick from the sideline and, despite Blacktown's dominance, the score was only 8-6.

On the stroke of half-time, the Jets became the front-runners when they scored a second try on the left. A swift succession of passing from Flanagan, to Kennedy, to five-eighth Jesse Marschke allowed Rennie to cross for his double.

Flanagan added the extras and the Jets went into the break ahead 12-8.

Newtown looked certain to extend the lead early in the second half when Moraitis streaked away after Isaac Lumelume and Rennie combined to split the defence.

But Blacktown's Wright came from nowhere to make an unbelievable tackle metres out from the try line and strip the ball in one movement.

Funa converted to give his side a two-point buffer.

Soon, Wright showed his class again. He placed a marvellous banana kick for a flying Jade Anderson on his inside which the fullback athletically scooped up to touch down beside the posts.

Funa's goal pushed the difference past a converted try.

Nothing was going to plan for Newtown, and that continued when back-rower Briton Nikora was sin-binned in the 53rd minute. By the time he returned, Blacktown had run in another try to Filino.

Tries to the Jets via Rennie – who completed a hat-trick – and Nikora gave the Jets hope, but they couldn't avoid defeat.

The result puts Blacktown in ninth position with three rounds left, one point outside the top-eight. 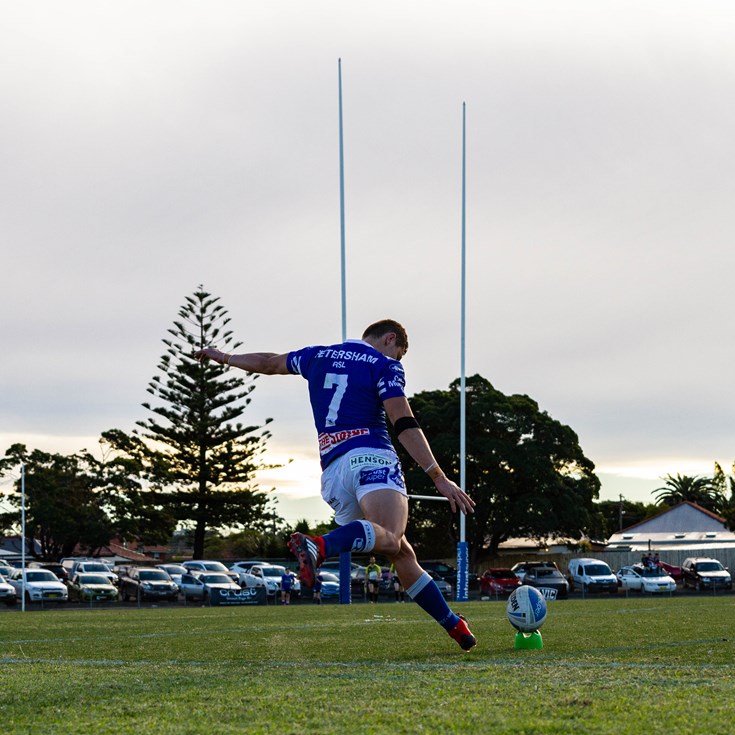