An 80th-minute Tyson Gamble field goal has seen the Western Suburbs Magpies to a dramatic 31-30 win over Mounties at Canberra's GIO Stadium.

Twice leading by 12 points in the match, the Magpies scraped home for a vital win – Gamble's one-pointer taking the Western Suburbs side to 26 competition points, alongside the Jets, Bulldogs and Mounties themselves.

The Magpies opened their account in just the third minute of play when fullback Dylan Smith bumped his way past Mounties' five-eighth Brendan O'Hagan to score. Smith – a Jersey Flegg Cup regular, in just his third ISP appearance – showed his wares to turn in the tackle to score, as Tuimoala Lolohea converted to take Western Suburbs' lead to six.

A spell of possession saw Mounties hit back soon after, with centre Sebastian Kris going over for a try in the 12th minute of play.

O'Hagan linked with his halves partner Tyler Cornish who in turn found Kris – albeit via a pass which hit the turf – and the No.3 did the rest to find four points. Kris' centre partner Taane Milne couldn't add the extras as the score remained 6-4.

Wests' two-point lead was extended to six, and then eight, when Smith nabbed his second try inside the opening quarter.

Trailing through in support of a Thomas Mikaele run, Smith was on the end of a draw-and-pass ball and raced past his opposite number in Sitiveni Moceidreke to score. Lolohea converted from in front of the posts, taking the score to 12-4.

In a blistering start, Wests' roll-on continued – Patrice Siolo scoring the side's third try just three minutes after Smith's second. A no-look pass from Tyson Gamble fooled the Mounties' defence, and Siolo crashed his way over from close to the line for more points.

Again, Lolohea converted, taking his tally to three conversions from as many attempts and Wests to a 18-4 lead.

But showing the resilience they've displayed for much of the 2018 season, Mounties hit back in fine style. Wing pairing Matthew Lyons (26th) and Tony Satini (29th) proved themselves as acrobatic finishers close to the line, each finding a try despite the close attention of the Magpies defence.

Unlike his usual self, Milne struggled from the kicking tee – missing both shots on goal as the score remained 18-12, in the Magpies' favour.

O'Hagan capped a remarkable turn-around when he darted his way to the line and between would-be defenders to score, before Milne converted to tie the scores at 18 heading into the half-time break.

In a tight and tense second-half, points were at a premium before Thomas Mikaele crashed over in the 63rd minute. Tui Lolohea's 68th minute try and conversion to take the Magpies to a 30-18 lead looked to have sealed the match, but again Mounties fought back with vigour.

Back-to-back tries to Daniel Roberts (74th) and Milne (76th) drew Mounties level at 30, but that's as close as they would come to toppling the otherwise dominant Magpies.

Needing a hero, Western Suburbs turned to their No.6 in Gamble – who calmly slotted the decisive field goal from 32 metres out to win the game for the Magpies. 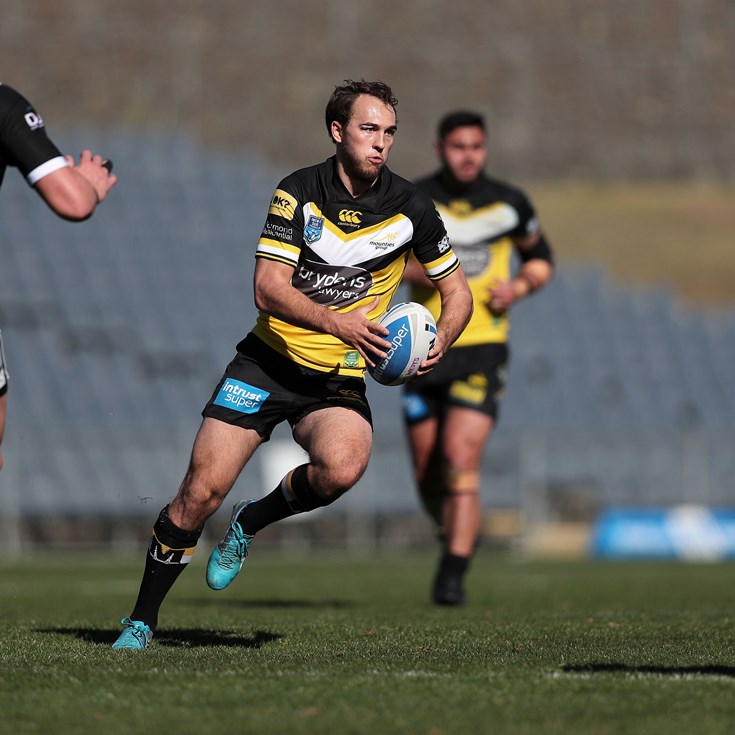