The New Zealand Warriors have arrested a six-game losing streak to claim a stunning 24-22 victory over the North Sydney Bears and ensure their place in week one of the ISP Finals Series.

Five-eighth Chanel Harris-Tavita was the hero for the New Zealand side, scoring the first and last tries of the match and potting the winning conversion at the death.

For the Bears, who had an outside chance of jagging a play-offs place coming into the Round 24 match at North Sydney Oval, the season is over. They will be left to rue what might have been after showing extreme promise at various points of the year.

The Warriors sprung out of the blocks, kicking a penalty goal in the fourth minute through Harris-Tavita to take a 2-0 lead.

North Sydney seemingly hit back when hooker Billy Brittain burrowed over the line. However, the No.9 was ruled to have committed a double-movement.

The grinding nature of the fixture continued as the half wore on, with the slippery turf not conducive to expansive football.

Warriors prop Ligi Sao charged down an attacking Bears kick and skilfully regathered the deflection. He then offloaded to a flying Harris-Tavita, who sprinted the best part of 70 metres to score.

Harris-Tavita knocked over the conversion to push the visitors past a converted try lead.

The Warriors then coughed up the ball to grant North Sydney possession deep on the attack. It took some brave scramble defence to keep the Bears at bay.

But ill-discipline kept making life hard for the visitors. New Zealand found themselves down to 12 men after a string of conceded penalties, with centre Anthony Gelling sent to the sin bin.

Eventually the pressure took its toll on the Warriors, as Bears halfback Kurtis Preece – deputising for playmaker Dean Hawkins – stepped his way under the crossbar.

Suddenly the Warriors were in all sorts. They kicked the ball out on the full off the restart to gift the Bears another penalty.

And North Sydney made the most of it, touching down for a second time when Arthars crossed down the short-side after a lovely Connor Tracey pass.

Arthars couldn't kick the goal from the sideline; the score staying at 10-8 in favour of North Sydney.

Gelling returned from the sin bin in the shadows of half-time – but the match was now on a knife's edge following the damage the Bears inflicted in his absence.

The tension was palpable in the second stanza as both teams fought valiantly for their seasons.

The Bears resembled the walking wounded with a number of players going down injured in quick succession. However, it didn't stop them posting a third unanswered try in the 57th minute.

Arthars nabbed his double next to the posts and made no mistakes with the conversion to give North Sydney a 16-8 advantage.

Moments later, the Warriors proved they weren't out of the contest when hooker Karl Lawton sliced through to score. Harris-Tavita kicked the goal and the margin was just two points again.

New Zealand soon snatched a slim buffer. After a succession of offloads, Harris-Tavita threw a perfect cut-out pass that gave winger Junior Pauga the space and time needed to dot down.

Harris-Tavita's goal attempt bounced off the upright but New Zealand was in front 18-16 in a heart-stopping affair.

The Bears looked to have the final say when winger Nicholas Mougios athletically latched onto a cross-field kick to notch a try and edge the Bears ahead.

But Harris-Tavita took matters into his own hands to decide to result, crashing over for a last-gasp four-pointer in the 78th minute before booting the goal that propelled the Warriors into the finals. 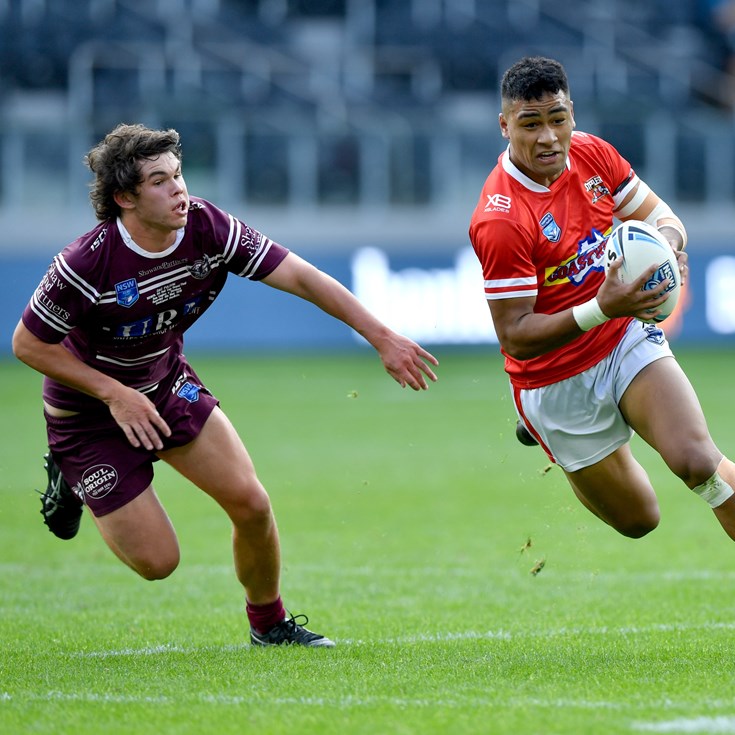