A Tyler Cornish field goal has seen Mounties advance to Week Two of the finals in a 21-20 thriller over the Warriors.

Brendan O’Hagan returned after being sidelined with a shoulder injury last week and was always a threat around the ball, but the stand-out no doubt was Liam Knight who led Mounties pack with brute force and will tonight.

Ayshford earned a penalty and the Warriors entered good field position, before another penalty gave them a chance at the opening two points of the game, but Chanel Harris-Tavita missed to the left.

It would be a while before the Warriors would get back on the attack, and the next time they did, O’Hagan turned that opportunity upside down for them. Sam Cook put a grubber in on tackle two only for O’Hagan to attack the ball, find open space and run away for a 90 metre try to give Mounties the first points.

Tony Satini was sent to the sin bin for a professional foul which led to the Warriors converting field position into points for the first time of the game. One tackle after the sin bin, Joseph Vuna ran a perfect line and charged onto a Karl Lawton pass through a hole to lock the scores up after Harris-Tavita adjusted his kicking radar and slotted it through the posts from the exact same spot as before.

Still with only 12 men on the field, Mounties took control after the try and were rewarded with the lead in the ninth minute of the sin bin. Liam Knight ran a courageous line in between defenders, broke through the line and crashed over underneath the posts.

O’Hagan looked to have scored his second when he drifted across-field, showed the ball and burst through a hole, but he was called back for obstruction. A fight broke out at the other end of the field, and Warriors’ James Bell got marched for 10 minutes.

It would be Mounties to take advantage of the 12-man defensive line as they kicked themselves into good field position off the previous penalty, and Sebastian Kris finished a brilliantly executed left-to-right shift to score in the corner.

Whatever was said at half-time in the Mounties sheds had an impact on Mitchell Cahalane when he charged onto a ball, broke free of one defender which isolated him one-on-one with Harris-Tavita, and he got past him to increase their lead to 20-6.

The Warriors hit back with an unconventional try with 25 minutes remaining when Mounties brought down Matiu Love-Henry in the corner, but the defenders slid off and he was deemed alive, and therefore bounced his way over the line to score in the corner.

Vuna was the next man to trouble the scorekeeper, recording his second try of the night after Sam Cook threw the miracle pass as he was falling to the ground, and suddenly the Warriors were back in the contest, only trailing by six.

Hayze Perham sprinkled his brilliance on the game to knock the score back to 20-18 when, with players in motion, finished off a right-to-left shift by slicing through the defence and scoring out wide.

Harris-Tavita had been having a rusty night with the boot, and it was his job to kick the goal to lock the scores up. Cool, calm and collected were three adjectives to describe the young half as he struck the ball perfectly and it sailed through the posts with ease.

With less than five minutes remaining Mounties found themselves in good field position off the back of a six-again call, and Tyler Cornish slotted a field goal – Mounties’ first for the year – to nudge their lead out to one point.

The Warriors scrambled to find a point in the last four minutes, but Mounties applied enough pressure in the dying moments of the game and their resilience has them advance to Week Two of the finals. 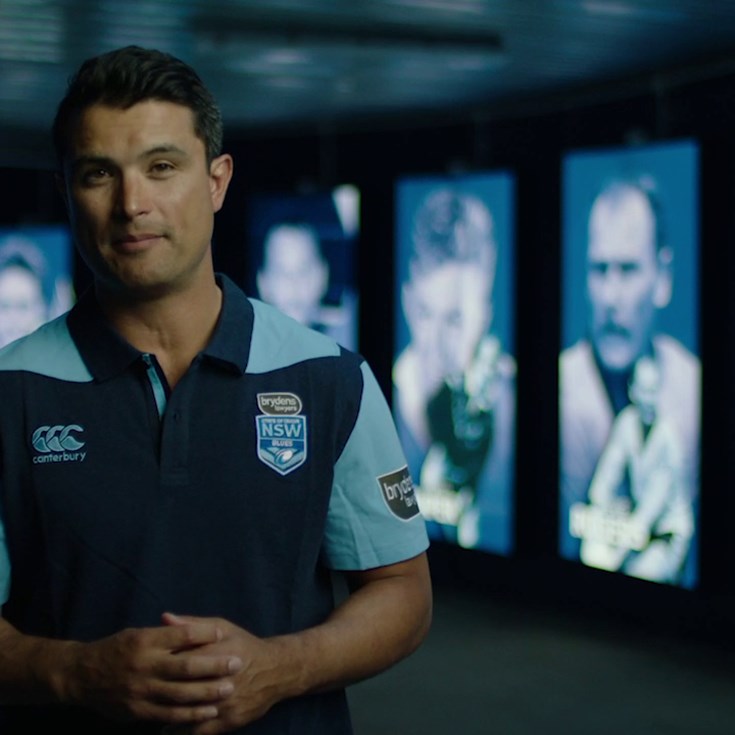 'We All Bleed Blue' anthem launched for Origin