Anthony Seibold has unveiled his selection philosophy on the make-up of the Broncos' four-man bench where he is set to include one player who can cover the outside back positions due to the HIA protocol.

That means Emerging Blues squad member Kotoni Staggs, who impressed in his rookie season for the Broncos last year, will be one of the favourites to claim the role, that is if he does not force his way in the starting side.

Staggs is a centre who can cover most positions in the backs, as he proved for Brisbane's under 20s several seasons back, and was even used last year by the Redcliffe Dolphins in the back row.

NRL coaches have differing philosophies on their bench makeup.

Melbourne, for example, went with a four-forward bench in the grand final last year, as they did for the majority of the season.

Former Broncos coach Wayne Bennett mostly favoured having one utility with back line capabilities and used Staggs and Tom Opacic in those roles in 2018.

Seibold used Lebanese international Adam Doueihi at Souths last year in the position with success and played him at fullback, wing, centre and in the halves at various stages of the season in the starting line-up.

"Last year we did some stats when I was at the Rabbitohs and there were 15 out of 24 games where we had to make a change to an outside back," Seibold told NRL.com.

"Essentially, if a winger takes a carry out of the back-field and cops a head knock and has to go off for an assessment there is 15 minutes where you are without a winger.

"I think you need a utility-type player someone who can play in the outside backs, a couple of middle forwards and potentially a player who can float between the edge or the middle."

Seibold rates Staggs highly as a player and as a potential bench utility. James Roberts and Jack Bird are front-runners to start in the centres but Staggs will also be in the mix.

"I hope that Kotoni keeps pushing Jack Bird and Jimmy Roberts for a centre position, but if they were in front of him there Kotoni has shown he can play multiple positions," Seibold said.

"I think Kotoni is a talented kid and certainly he will be competing for a 14 role if he wasn't one of the centres, and there are a couple of other guys in the same position, but I'd rather they all challenge for a starting 13 berth."

Jordan Kahu, who has played fullback, five-eighth, centre and wing, looms as another candidate for the number 14 position if he does not make the starting side.

Matt Lodge, Joe Ofahengaue and Tevita Pangai jnr are the favourites to fill the starting three middle forward positions with the two middles on the bench set to be a showdown between Payne Haas, Shaun Fensom, Sam Tagataese, Patrick Mago and two highly rated props yet to play in the NRL in Patrick Carrigan and Thomas Flegler.

Test forward Matt Gillett will hold down one of the back-row starting positions. The other will be a race between Alex Glenn, David Fifita and Jaydn Su'A with one of that trio a likely candidate for a bench role. 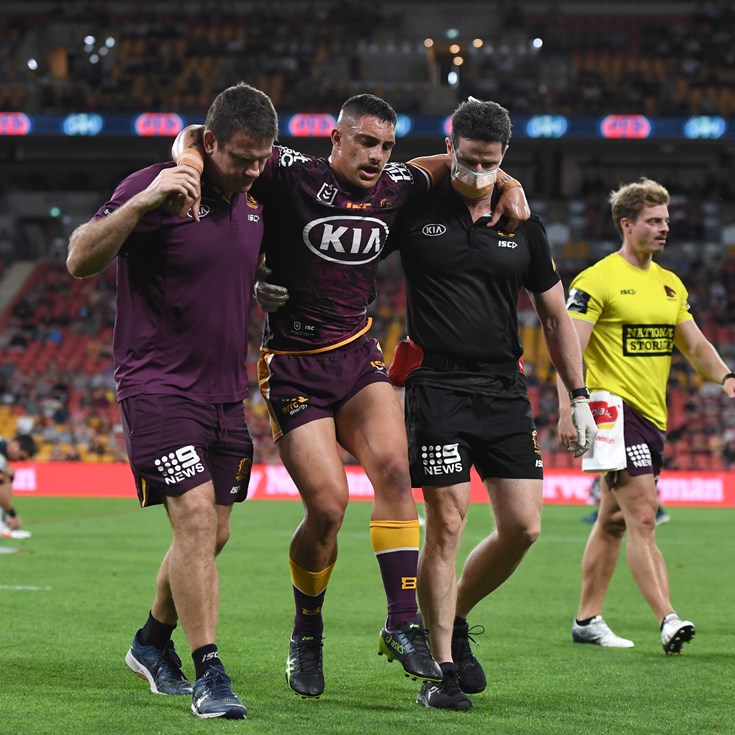