Broncos powerhouse Tevita Pangai jnr is off all social media and has even removed Safari from his phone after he was spending up to 12 hours a day of screen time on his device last year.

Pangai was reading everything that was written about him on the internet and was an active user of Twitter but he said it robbed him of quality time and had a detrimental impact on his life, to the extent where he was conveying what he  called "a fake image".

"Praise the Lord… I have come off it. I am off all social media and off the internet. I took Safari off my phone as well and it has made my life a lot better," Pangai told NRL.com.

"I think that last year I was putting forth a fake image on social media but not only that it was robbing me of valuable time.

"I had my screen time come up every Sunday and I was averaging 10 to 12 hours every day on my phone purely on social media or on the phone.

"I have gone old school and now it has dropped to two hours, and they are doing things that are worthy."

The 23-year-old said he now wanted to set an example for other people of his generation and has a reason close to home for doing so.

"I have got my little brother Jermaine living with me now so I am a bit of a guardian to him and I want to be a good role model, and I just don't think any social media sites are good for people our ages. It robs them of time where they could be outdoors doing something useful with their time," he said.

"It is a big problem for a lot of young people of our generation in Australia. I think the first thing they do when they wake up is jump on social media or the internet."

Pangai is off-contract and speculation about his next move has dominated media discussion. After his stunning man-of-the-match performance in the round two clash with the Cowboys he was talked up as a $1 million per season forward and a shoe-in for the NSW Origin side. Since then he has been tagged an inconsistent performer, but this year he only finds out "Pangai news" second hand.

"I get text messages about it or my family might tell me about it, but I don't see it," he grinned.

After signing a one-year extension with the Broncos last year, Pangai said he had a big decision to make about his future.

"I have a lot of family down south but my decision will not be about money. It will purely be about where I can play my best footy."

Lodge: Errors let us down

As for his own form, Pangai conceded he was not up to scratch in the 38-6 loss to the Rabbitohs last week and was keen for a more involved showing against Manly at Suncorp Stadium on Friday night.

"I need to compete better, get around the ball and get my hands on the footy more. I think I only had eight touches last week so I feel like I need to get more involved.

"I feel like the team does a lot better when I bring my competitiveness and what I can do with the ball."

The Tongan international will play for NSW in State of Origin football this year if selected but said that was the last thing he should be talking about given his start to the year.

"I don't think Origin talk should really be a subject for me. We are coming off six [losses] and two [wins] and I have just come back from suspension," he said.

"It has been an up and down start for me, and the team." 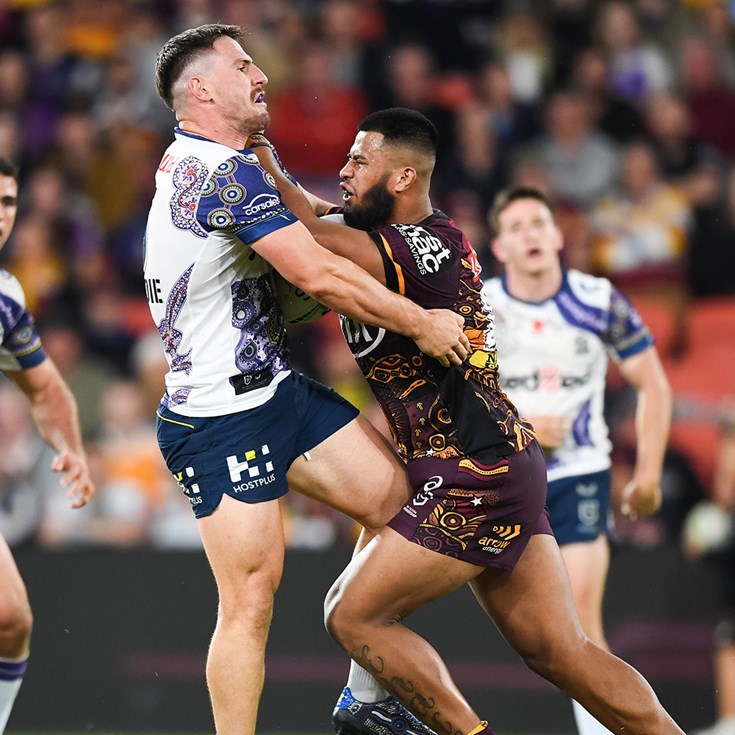 Haas in serious doubt for Origin I