Two of South Sydney's most important players, NSW pair Damien Cook and Cam Murray say they have been given extra days off and are recharged enough without missing any game time in the team's run to the finals.

Cook had a massive workload through the rep period, playing 80 minutes in the middle in all three Origins as well as every club game through that period other than round 12 when he was in Blues camp and a 10-minute early mark in round 13 backing up.

Cook said he is "holding up well" despite feeling less than 100% going into the Cowboys game.

"I think I'm probably a week away from just being back in a routine and recovering the right way [so I've got] probably another week to go before the body's back to normal," Cook said.

"Just to be back in routine and training with the team and staying at home, all those little things are coming back to normal now. I'm feeling really good, I feel like I got through the tough period and keep moving forward now."

Cook said he came back to training a day later after round 17 and would likely get another extra rest in one of the eight-day breaks leading into round 20 or 21.

Burgess eager to get back

As an Origin rookie, Murray was given a bit more management by coach Wayne Bennett, with his minutes dropped to just under 50 through the rep period having averaged just over 60 leading in.

"I feel good. The week just gone (with a win over the Cowboys) was a step in the right direction for us as a club and for me personally," Murray said.

The camping trip down near Goulburn allowed him to switch off footy for a few days. It paid immediate dividends, with Murray putting in one of his best games of the year against North Queensland.

"I feel refreshed, I feel happy, I feel motivated more than ever now the Origin period's over. My focus and everyone's focus here now can be strictly on club land," he added.

"It was tough going from the highs of Origin coming back to club footy, only having a couple of days rest then going straight back into a first grade game. It was definitely hard but it was something I'll be better off for in the future.

"[Bennett] recognised I wasn't as experienced and tried to look out for me as best he could. So if that meant trying to preserve me and give me less minutes here and there and look after me and my body as well as he could, I think he did that."

Every try from Round 18

Murray's impressive potential was described as "scary" by Cook, who tipped him as a future leader at Souths.

"He's probably starting to realise how good he really is," Cook said.

"He's a very humble person and very professional about how he goes about everything.

"If he keeps playing like that he'll hold that [Origin] jersey for the next 10 years. It's up to him how far he wants to go in this game but he's going to be something special for us and he's definitely going to be a leader in the future as well, especially being under Boyd Cordner in Origin and being under Sam [Burgess] here, two of the best leaders I know of. He's got all the right tools around him." 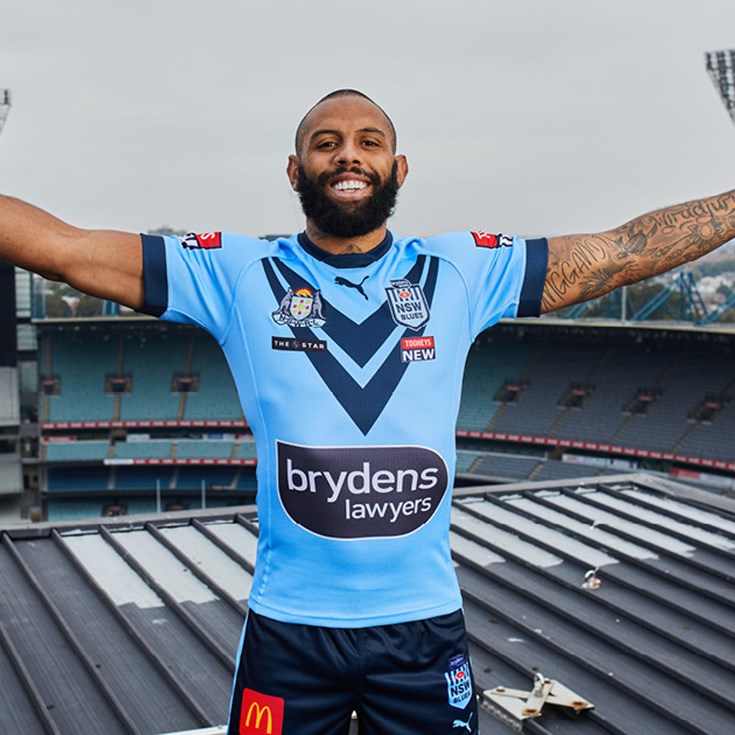 Damien Cook and Cody Walker put on an Easter clinic

Damien Cook sets up Cody Walker under the sticks

Cam Murray on the latest chapter in 'The Book of Feuds'