NSW coach Brad Fittler is intrigued to see how South Sydney fare with Cameron Murray moving to the second row but believes the rising Blue can handle the switch.

Murray, the reigning Dally M Lock of the Year, played in the middle in his debut Origin series last season as the Blues retained the shield.

While Fittler will watch Murray's progress on the Rabbitohs' left edge before deciding where to play him in 2020, he already has a sound idea of what the 22-year-old can produce out wider.

"I coached him in the under 18s, he was the captain for NSW, and we played him on the left edge, so I've seen what he can do," Fittler told NRL.com at the NSWRL season launch on Tuesday.

"He just killed them. He was in space the whole night, set up tries... you can play him anywhere."

NSW are spoiled for choice in the second row with captain Boyd Cordner, Tyson Frizell, Wade Graham and Tariq Sims among a host of options.

For Fittler, the curious part of Murray's positional change isn't whether the Kangaroos representative can adapt but how South Sydney manage without him in the middle.

Having enjoyed some family time over the summer, Fittler said he was glad to be back into routine with the season around the corner.

Weekly meetings are already being held regarding an Origin three-peat ahead of the opening match at Adelaide Oval on June 3.

"It's great. It helps with my other jobs as well, because we sit and discuss the different players and just have a chat," Fittler said.

"Basically, it's some footy fans and people that have really educated opinions about footy who just talk. It's good, it stimulates what I do on the weekend with Channel Nine and it also sometimes triggers interesting conversations about State of Origin.

"I think there's healthy competition. We've got good depth, a lot of the NSW players seem to be in a really good headspace."

Fittler was relaxed as ever during the season launch at the NSWRL Centre of Excellence, conducting humourous interviews with some junior players and NRLW star Maddie Studdon.

Asked for the key to staying chilled, Fittler said: "If there's a secret to life, you've got to hang around kids - they have the energy, they're not thinking."

He continued: "I've got a couple of young kids myself and I love passing the footy with them. It's the secret I reckon ... Go out and see if you can keep up! Normally it hurts the next day."

Fittler's measured approach to coaching has reaped huge rewards for the Blues and it's no accident that he keeps a lid on his emotions.

"There used to be a couple [of angry moments] when I was coaching before, but the great coach Chris Anderson told me that you only really get to yell once," Fittler said.

"Once it becomes familiar, it becomes less effective. So I try to save my blow-ups." 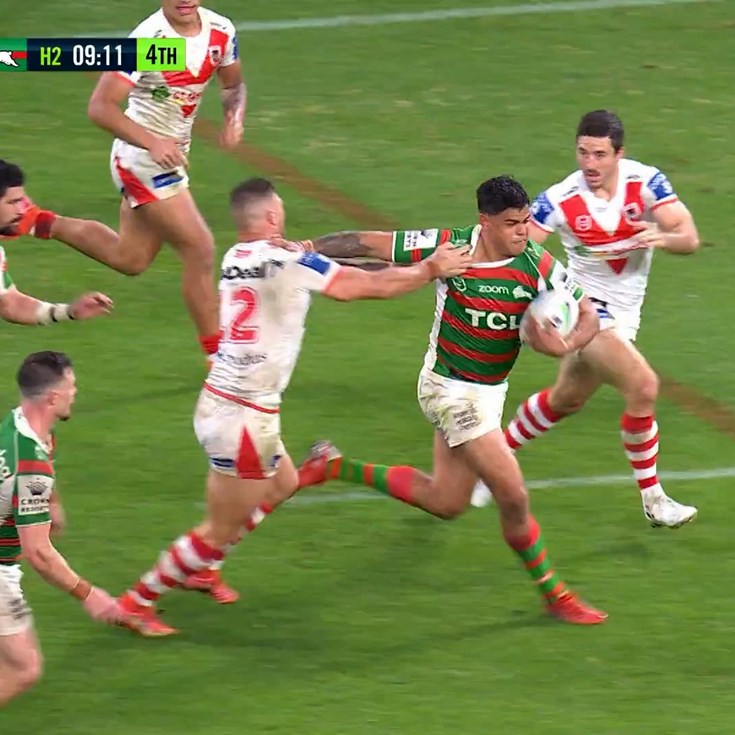