As Holli Wheeler put it, this was a Grand Final win that had been two years in the making.

CRL Newcastle scored a determined 24-10 win against Mounties in the Harvey Norman NSW Women’s Grand Final at ANZ Stadium on Saturday night (10 August) to help erase the memories from 2017 when North Newcastle lost to the Redfern All Blacks.

Wheeler, who has already had a big season after playing a key role in the NSW Women’s Origin win in June, was on the wrong end of the result that day but was named Player of the Match against Mounties after turning in a typically tough performance.

“It’s awesome and it’s been two years in the making. We were fortunate enough to make the Grand Final two years ago and it was absolute heartbreak, we didn’t show up on the day.

“We knew we had to turn it around this year. Last year was a bit of a lacklustre year for us but (this year) we worked really hard and really dug deep and we got the biscuits in the end.

“It’s a credit to the girls and the effort we put in all year.”

The script didn’t get off to the perfect start on Saturday night either after Mounties scored first, with captain Simaima Taufa laying on an absolute peach of a pass to put Tommaya Kelly-Sines over the line. Brydie Parker converted and the minor premiers had a 6-0 lead.

CRL Newcastle held their nerve and hit back first through Bobbi Law before evergreen hooker Kylie Hilder showed the goal line defence a clean set of heels to dance her way over the line and help extend the lead to 12-6 at halftime.

It wasn’t the only time Hilder, who was selected in the NSW Women’s Origin team this season at age 43 for the first time in a decade, would torment the Mounties defence after stepping up again with another key play in the second half.

After Mounties had hit back through Tahlia Hunter to reduce the margin to 12-10, Hilder put Tayla Predebon over from short range to put CRL Newcastle back in control at 18-10. They would score another late try through Simone Smith to put an exclamation point on the victory.

Hilder has already indicated she will hang up the boots at the end of the season and Wheeler paid tribute to her saying she was the inspiration for her to play Rugby League.

“Mate, I’ve been telling her to go one more year for about five years now,” Wheeler said, laughing.

“Massive credit to Kylie, she’s the actual reason why I’m down here playing footy. Last year when I made my Origin debut and she missed out that jersey was as much hers as it was mine because she was a huge factor in me coming down and playing.

“To be able to play an Origin with her and win a premiership with her, I’ve known her all my life and shared a lot of special memories with her, but this one is right up there.”

The win caps a big season for Hilder, who now has a premiership medal to add to her win for NSW in the Women’s Origin in June. She is hoping her good fortune will continue when she starts training next week for the St George Illawarra Dragons in the NRLW.

“It’s been a great year and hopefully I can cap it off with a premiership at the Dragons.

“I just wanted to get this job done first.” 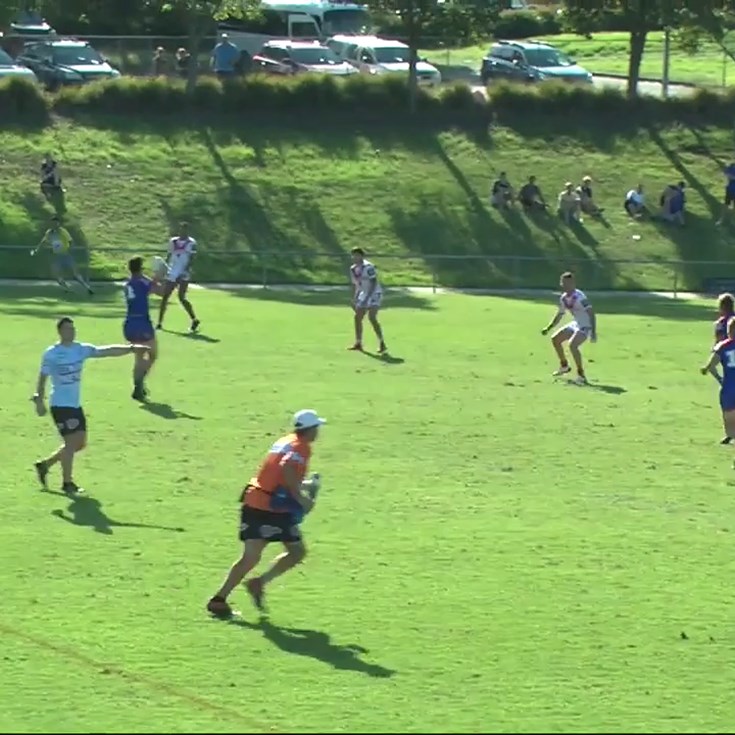 Papenhuyzen has proved himself as the go-to man