After being one of five injured South Sydney players forced to watch the end of Thursday night's dramatic 16-10 defeat of Sydney Roosters from the sideline, Adam Reynolds was asked who the Rabbitohs would have called upon to kick a field goal if the match had gone to extra time.

"Probably Cam Murray," Reynolds joked. "He did just about everything else."

With centre Dane Gagai the first Souths casualty after succumbing to a hamstring injury in the 47th minute, Murray played most of the second half at centre – a position the NSW Origin forward later revealed he'd last played in under 10s.

Usually Queensland Origin back-rower Ethan Lowe would be the player called upon to cover for an injured centre but Rabbitohs coach Wayne Bennett said Murray was possibly the only player who could have stopped rampant Roosters centre Joey Manu.

Manu had played a key role in both of the Roosters' first-half tries and was too much for Gagai and Alex Johnston to handle but Murray kept him quiet and the premiers didn't score a point in the second term.

"I didn't think that Ethan could handle the situation to be honest with you," Bennett said. "I just thought that Cam could handle it because of his athleticism and his mind and his ability to tackle and to the things that you need to do in that position, which is pretty foreign but he has got all those attributes.

"I thought he was the only guy in the team who could probably stop Manu, although to Dane's credit and Alex, they got touched up down there twice and then they pulled it back. They went down there another three or four times in the first half and they stopped them each time.

"I just thought that with Dane gone and James Roberts not playing, and Braidon Burns not there, that Cam has got the nous, the know-how and the ability to defend that position really well and he was outstanding so it worked out well for us."

Murray said Johnston and five-eighth Cody Walker had helped him cope with the unfamiliar position as he was forced to make 34 tackles, while running 115 metres with the ball.

"I just did my best and worked with the boys around me. They were talking to me about [the Roosters'] shape and trusting the inside, staying on your feet, doing your best, getting numbers in the tackle and stuff like that.

"We worked really well as an edge that hasn't played much together before and I am really pleased that we were able to keep them scoreless in the second half."

Asked the last time he had played in the centres, Murray said: "It has been a while. It was probably in under 10s."

After losing Gagai, the Rabbitohs suffered a procession of players leaving the field as Junior Tatola, Liam Knight, John Sutton and Reynolds were all forced to undergo HIAs.

The injuries left Souths with just 12 players for the final two minutes but they hung on to win 16-10 and ensure a top-four berth ahead of the opening round of finals next weekend.

"It was frustrating, obviously in the context of that game," Reynolds said. "But it is about player safety so I can't fault the doctors, they are doing a great job and player safety should come first."

As the Roosters attacked Souths' 12-man defensive line in the final minutes, it was Murray who came with the big play to seal the win by jolting the ball loose from Smith in a one-on-one tackle.

"He is playing well, he is doing a lot for us at the moment and he is a great asset to this team," Reynolds said.

Bennett said he expected Reynolds, Sutton, Knight and Tatola to be available for their opening finals match, while Gagai's injury is unlikely to sideline him for longer than a week if he doesn't recover in time.

The Rabbitohs are also set to welcome back Roberts and the Burgess twins, George and Tom, from injury and suspension. 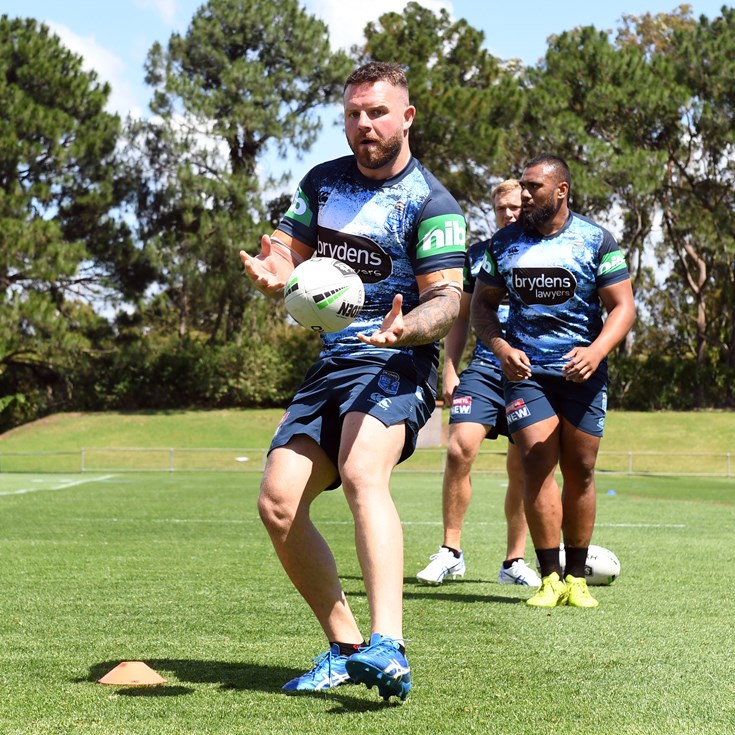 No need for refreshed Cook and Murray to miss games

Murray honoured to be in Origin conversation