Learning he would be joining the Kangaroos for their trip to New Zealand proved the perfect hangover remedy for Roosters forward Victor Radley following his starring role for the Junior Kangaroos.

After celebrating the 62-4 win over France in Wollongong, in which he scored a double inside the first 15 minutes and topped the tackle count, Radley got a call from Junior Kangaroos manager Matt Ford on Saturday morning informing him that he would be a late addition to Mal Meninga's squad.

"It put a massive smile on my face, I was a bit hungover that morning and it gave me a big lift," Radley said.

"I was actually just leaving Wollongong, we were down there Saturday morning and Matt Ford gave me a call and said 'mate, I think they're thinking about bringing you up to the big squad'.

"I was just saying to Teddy [James Tedesco] after our [Junior Kangaroos] game 'I don't know what I am going to do all week', because these boys are all away, most of my mates are working full-time jobs.

"Luke Keary was the only one really that was around home so I was just going to turn up to his house unannounced … he doesn't even like me."

Radley and fellow late call-up Clinton Gutherson arrived in Auckland with the rest of the squad on Monday afternoon to prepare for Saturday's clash with Tonga as part of the international triple-header at Eden Park.

While neither player is tipped to take the field against Tonga, Gutherson said he would be preparing like it was any other game.

"You never know, I just have to make sure I am ready to go for Saturday," Gutherson said.

"I'll get my body right and do all the things I need to do. I am preparing like I am going to play and if it happens, it happens.

"I didn't really think I would be here this year ... but it's a good way to cap the year off."

Both players are familiar with the representative camp environment, having been called in as shadow players for the NSW Blues during this year's State of Origin series.

For him, Gutherson said spending the week with the Kangaroos would be another golden chance to see how the game's elite players prepare.

"I think that's what I took out of Origin this year, just seeing the boys and how they prepare and go about getting their bodies right for such a big game," Gutherson said.

"I'll probably look back on it in a couple of weeks and probably then I'll know what I did get out of it."

The trip marks another significant milestone in 21-year-old Radley's career and comes less than a month after he won his second Telstra Premiership title with the Roosters.

"I have to pinch myself sometimes," Radley said.

"It's all happened pretty quick and it's really exciting. I just don't want to take any of it for granted, I don't know how long it's going to last or what's going to happen.

"I am just trying to enjoy everything as it comes."

Radley said he sat in awe at times watching Tonga's 14-6 victory over Great Britain on Saturday night, as the Pacific kingdom produced one of their best performances in history to notch up their second victory over a tier-one team in the space of two years.

"It's going to be a hell of a tough game, I watched the game and they were unreal," Radley said of Tonga.

"They're going to be no push over … they've got freaks in their team who can pull something out of the hat, so we have just got to be ready." 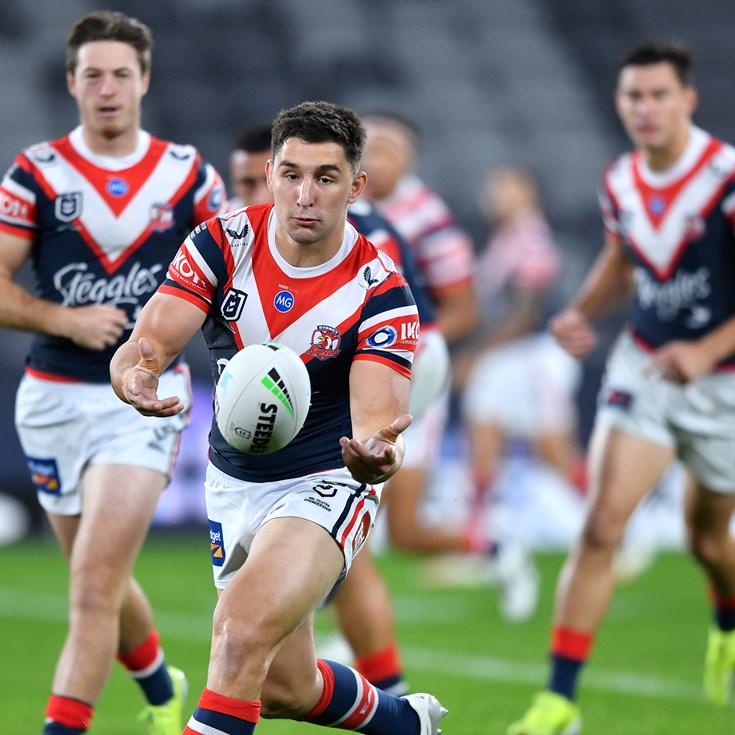 Why Radley's return spells trouble for the Titans

Victor Radley on his long-awaited return against the Warriors