Clint Gutherson says Parramatta aren't expecting a Manly side seeking revenge for what happened six weeks ago when the old foes meet again on Saturday night.

This contest is on Sea Eagles turf at Lottoland with fans sure to remind the Eels of how they felt robbed of a win when Tom Trbojevic's pass to Reuben Garrick was ruled forward at Bankwest Stadium in round four.

"It's one of those things – forward pass is a forward pass. Teams get beat like that all the time. Bad calls happen," Gutherson said.

"We're not looking at it like that. We should have put that game away much earlier than we did.

"But we're now going to Brookie and they are massive there so it's a big challenge for us. We've got to be up for it."

Gutherson is excelling in the match-winning department. His quick tap from a penalty caught the Knights unaware late in last Sunday's game allowing Maika Sivo to seal the win.

Gutherson isn't happy the way the Eels attack floundered at McDonald Jones Stadium as they delivered their second-lowest score of the season.

"Probably a lot of times [quick tap] gets pulled up but this time it worked. We played pretty bad but with our end of sets ... so lots to improve on and that's on us as a spine – me, Dyl [Dylan Brown], Jai [Field] and Reed [Mahoney].

Forward pass is a forward pass. Teams get beat like that all the time

"We'll look at that and fix it this week. But our defence was outstanding – we just kept turning up."

Another item on his checklist could be to remind his teammates to not slip into complacency since Trbojevic (hamstring) won't be zipping up and down his favourite home strip, and prop Addin Fonua-Blake – voted by his peers this week as the game's best front-rower – is also missing (suspension).

"They are two massive players missing for them but they've got Dessie [coach Des Hasler] there, who has always got a plan," Gutherson said.

"And Des, like us, puts real belief in his players that they will do a job. So it's a red-hot challenge for us."

Something else simmering away at high temperatures this year is the Eels forward pack led by Junior Paulo, Reagan Campbell-Gillard, and lock Nathan Brown. Brown returned after a fortnight out against the Knights and topped the metres of both sides at 266 metres – nearly 50 more than flyer Kalyn Ponga.

Then there's hooker Mahoney, who not only made 66 tackles but guided the ball into the right hands at the right time.

"We really worked hard in the off-season … and now with the new rules it's so fast out there, If you get momentum you've got to try and keep it. Our forwards have been massive with that," Gutherson said.

So if the Sea Eagles want to get into an arm wrestle, the Eels showed against the Knights that their defence is just as good as their attack. 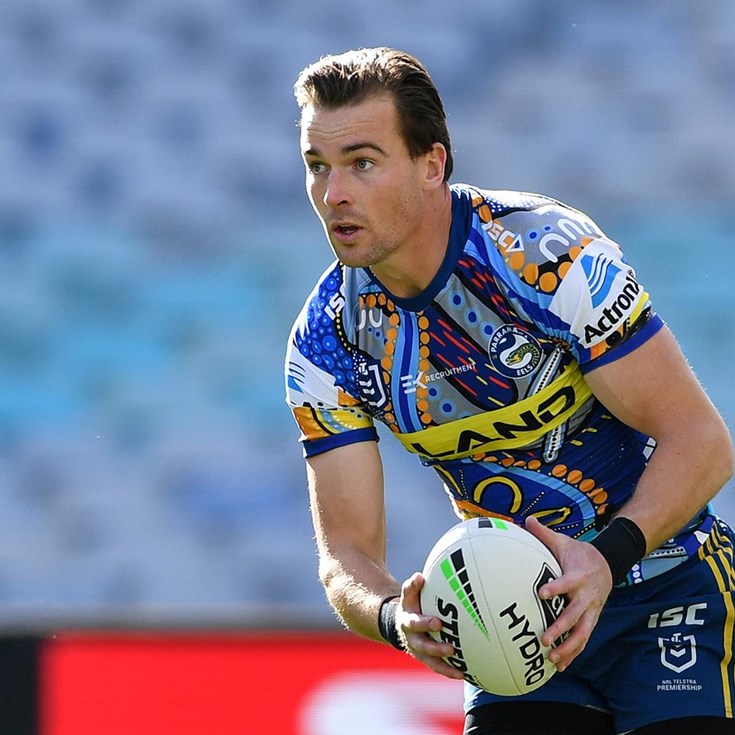