The tug-of-war for Isabelle Kelly's signature is alive between the Dragons and Roosters as retention and recruitment begins to heat up among NRLW clubs ahead of the 2020 season.

The Dragons had Kelly playing for them in the NRL Nines in February after the 2018 Golden Boot winner spent the last two seasons with the Roosters.

Kelly, along with NRLW players from all four clubs, are essentially free agents ahead of the third installment with the women's game.

Dragons coach Daniel Lacey told NRL.com the club was in talks with Kelly to remain in the Red V but acknowledged the Roosters were eager to see her return under newly-appointed coach Jamie Feeney.

"We're talking with her, she has a lot of questions and enjoyed her time at the Nines with us," Lacey said.

Captain Corban to lead Sharks with pride in 2020

"It's probably more attractive than this time last year but she lives on the Central Coast so there's more travel involved and with positions in the team everyone wants to know what the club can do for their game.

"She's one of the top players in the game and she's still young. I think it's time for her to breakout. Her full potential should be shining. She's training hard and realises that. I'm sure the Roosters will be telling her the same."

Feeney confirmed the Tricolours were in negotiations with Kelly.

"I know Craig [Walker] has been in talks with Issy so hopefully things can work out there," Feeney said.

"We want to see her getting back to playing her best footy."

The NRL is hoping to finalise NRLW contracts for players to sign with clubs by the end of the month but the COVID-19 pandemic may delay the process.

For now, clubs are trying to finalise their squads through verbal agreement – a task Lacey described as more competitive than ever.

"Players want to know the vision of the club, that's the type of talk," Lacey said.

"You can talk to players all you want but until they sign a contract they can talk to any club they want.

"Some of the girls have told me they've spoken to other clubs and that's only natural but I don't think it's a good thing for them to stress over this, because that's what they do.

"We've got girls who might play local footy with North Sydney, and most of their teammates at the Roosters. Most of them haven't got managers.

"They mull on it and then get to training and all talk about it."

The Dragons are expected to welcome Sam Bremner back to the squad after the Jillaroos fullback took a year off following the birth of her first child.

"If you don't have depth ... you're silly to think you'll go through the NRLW and not have an injury of some sort," Lacey said.

"If we look at the Broncos in the first year they had pressure for spots and that's what brought the best out in them.

"You look at someone like Jess ... she's kicked on having the right people around her and a game plan that got her involved more." 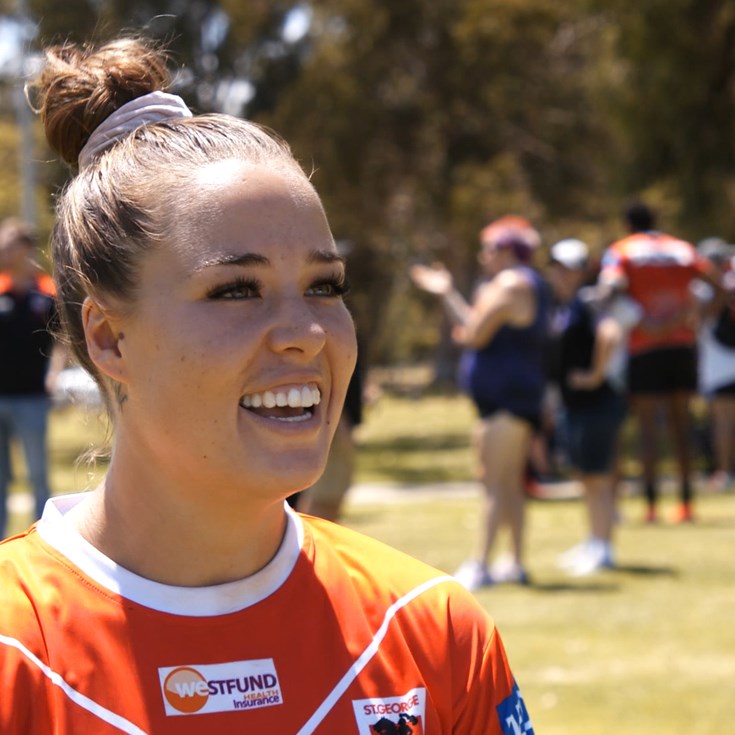