Jack Wighton has been scarred for life – by one of the nicest men in rugby league.

But the Raiders five-eighth certainly holds no malice towards Roosters centre Mitch Aubusson, whose stray boot lacerated Wighton's left cheek at the SCG on Friday.

The wound required five stitches and has led to incessant teasing that Wighton is Canberra's version of Al Pacino from the 1983 hit movie "Scarface".

"Everyone has been saying that to me … coming up and going 'Say hello to my little friend'," Wighton told NRL.com.

Wighton's brilliant performances have been one of the mainstays of Canberra's bumper year.

They have lost only one game in their past nine and are on a five-match winning streak heading into the preliminary finals for the second year running with Melbourne awaiting at Suncorp Stadium this Friday.

Then there were four …

Wighton graduated into the NSW and Australian teams last year while also collecting the Clive Churchill Medal in Canberra's grand final loss to the Roosters but he wasn't as impressed as others by his form prior to 2020.

"I had an OK year last year but before that I was all over the shop with some time at five-eighth but mostly fullback," he said.

"So this year I'm not a one-off thing. I'm the five-eighth here and I've been really working hard and keeping what I'm doing right in my game every week."

Get Caught Up: Finals Week 2

So much so there have been many references to Wighton's transition from fullback into the No.6 jersey being as smooth and decisive as former Kangaroos captain Darren Lockyer.

Even Test coach Mal Meninga has linked Wighton with Raiders great Laurie Daley, in the way that the 27-year-old is always near the ball and ready to pounce.

Every try from finals week 2

"It's great that people say that but it means nothing does it?" Wighton said.

"They've done a great deal more than me. And they are true legends and greats of the game. No disrespect but sometimes commentators have to generate something to talk about.

"I acknowledge they might say those things but I'm Jack Wighton.

"I just took a bit of this and that from a lot of halves, a lot of players. As Sticky [coach Ricky Stuart] says I'm more of a ball-running five-eighth rather than ball-paying, so just be Jack Wighton because there's only one of them."

And the Raiders are very glad he's one of their NRL side. They'd be equally thrilled how he's combined so well with new half George Williams after Aidan Sezer's departure.

"His ability to do everything at any time. He's always back here doing the extras," Wighton said of Williams.

"He always seems to have time. He's a very dangerous player and that's what I love about him." 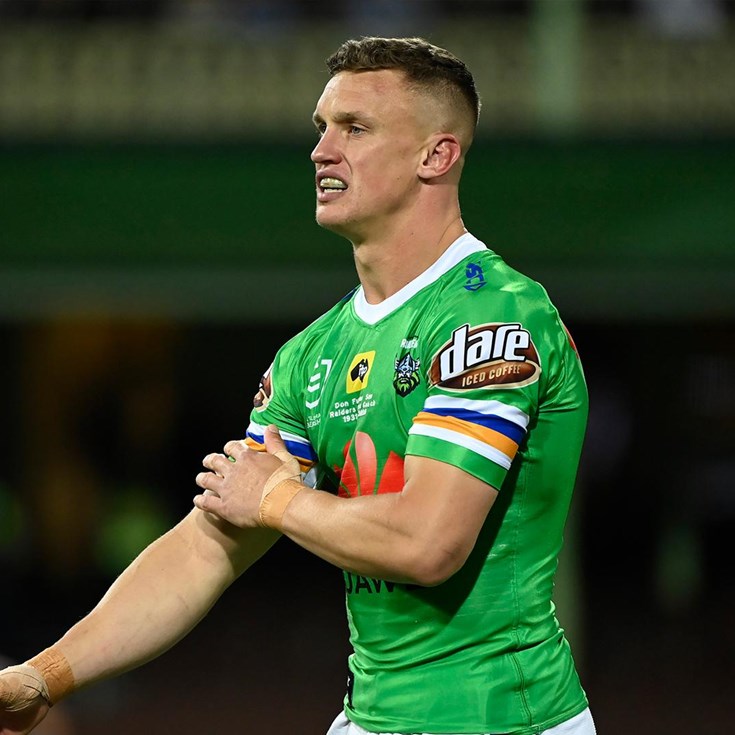