Canberra will crank up a multimillion-dollar retention drive with Jack Wighton and Jarrod Croker first cabs off the rank from their grand final back line.

The Raiders have the bulk of their pack tied up long term but outside backs Croker, Nick Cotric and Joey Leilua all come off contract in 2020 and are able to field offers from NRL rivals.

Wighton raised eyebrows last month by rejecting his own 2021 player option, effectively putting himself on the market at the start of this month.

NRL.com understands talks with both Croker and Wighton will get under way in the next week when CEO Don Furner returns from the UK.

Wighton's recent shift in management to link with Matt Rose prompted his knockback of the final year in his contract, which was negotiated in 2017.

Had Wighton taken up his original 2021 option - reportedly worth as much as $900,000 - his previous agent would earn the commission, not Rose.

Having risen to NSW Origin and Australian Test honours since with a Clive Churchill Medal to boot, the Raiders will table a new multi-year deal for Wighton to tie him up long term.

The 26-year-old is well and truly settled with a young family in Canberra and has often spoken of his gratitude to the club and coach Ricky Stuart when his career was put in doubt by assault charges last year.

In turn, Croker is a local junior and has captained the club since 2015.

A two or three-year extension would likely take Croker past the 300-game mark and towards a slew of all-time scoring records.

He sits seventh with 1996 points to his name from 257 career games, and if he were to keep up his average of 181 points a season he would be within touching distance of second-placed Hazem El Masri (2418) within two years.

Cotric is also in line for an upgrade given his own representative rise to match Wighton, while Leilua will remain at the club in 2020 after initially being given permission to explore his options.

Salary cap restrictions may still leave Leilua with little option but to move at the end of next season given the Raiders also have Cotric as a retention priority.

Looking further down the line Canberra have furthered their already strong Super League ties by establishing a joint academy program with Huddersfield Giants.

Furner was in the UK this week to put the final touches to the arrangement with former Raiders hooker and now-Giants coach Simon Woolford, with the partnership designed to bring young English talent Down Under to experience an NRL pathway.

"This academy partnership will allow talented young English players the opportunity to come to Australia and test themselves against the best young players in Australia," Furner said.

"They will have the opportunity to train and play in the Raiders junior system and go back home with more experience.

"The Raiders have always had a strong focus on junior development, and we believe we have one of the best pathway systems in the NRL.

"Through this academy, this pathway is now open to a new group of players from England, who can gain valuable tools in their journey to becoming first-grade players." 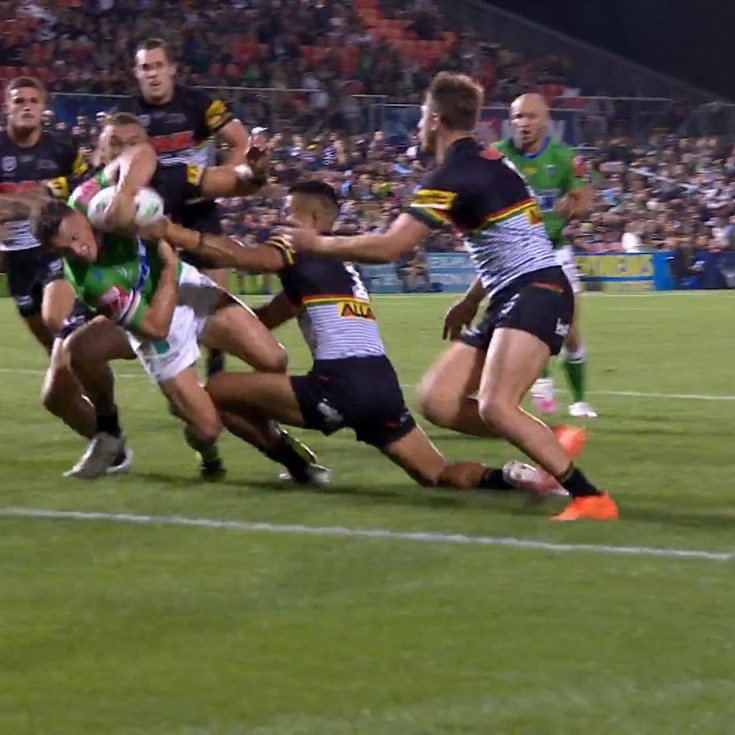