Daly Cherry-Evans was a surprising omission from the Gallagher Kangaroos Merit Team announced on Monday but he will have at least one chance to force his way into the World Cup squad before the tournament in October.

In announcing the Merit Team on Monday, NRL CEO Andrew Abdo indicated the national team would play at least one Test between the end of next season and the start of the 2021 World Cup on October 23.

Unveiling the side at Rugby League Central, national selector Laurie Daley said the 17 players picked are those that he and fellow national selector Darren Lockyer would have been chosen if there was a Test this post-season.

Cleary, the star of Penrith's run to the grand final, was chosen ahead of Cherry-Evans, who  endured a frustrating season at Manly, at times appearing to try too hard as an injury-hit team failed to gather any momentum.

However, the 15-Test veteran had a towering Origin campaign, captaining the unfancied Maroons to a stunning series win and comfortably outplaying the young Panther, who backed up a quiet grand final performance with an up-and-down Origin campaign.

"If we were picking an Australian team, that's the side we would have gone with," Daley said.

"We just went in with that plan of making sure we recognised the players who played well.

Why Cleary edged out DCE for Kangaroos halfback

"We wanted to reward those players and we decided we would just pick it as if we were going to select a team to play in three weeks' time.

"The guys selected in this team delivered in their performances not only in Origin but throughout the season. It's a very good team, a very strong team and Australia would be very happy if this team was able to go ahead next year in the World Cup."

While Origin was a factor in the selections, season-long NRL form was a greater indicator and a key reason why grand final halfback Cleary unseated Cherry-Evans and why Clive Churchill medallist Ryan Papenhuyzen nabbed a bench spot after missing out on his Origin call-up due to a calf problem.

"There's always plenty of debate around who misses out on selection," Daley said.

"Again, we wanted to reward players who we thought we'd select that played good football over a consistent period of time. I think Nathan Cleary deserves his spot.

"He was the Brad Fittler Medal winner as well for NSW. His performances throughout the year, we just thought he was the option we wanted to use and obviously Daly had a magnificent series for Queensland but we just felt Nathan deserved a chance."

NRL ready to adapt if the 2021 RLWC is cancelled

"It's always very rewarding when you get selected to represent Australia. It's the highest honour our game has to offer. Sometimes that goes unrecognised because of the impact state of origin has had here.

"[Papenhuyzen] matured as the season went on. His performances in big games stood out. He was the Clive Churchill Medal winner.

"He would have been selected if injury didn't affect his chances there in the Origin. He was in that squad, highly thought of and you're looking for that versatility on the interchange bench and he certainly provides that."

Crichton was honoured to be considered in the team.

"It's a massive honour and a privilege; it's very exciting," he said.

"There's a lot of work to be done between now and when the team actually plays but to be considered in a team like this is an honour."

Abdo, who also unveiled global insurance broker Gallagher as the naming partner of the Kangaroos, said it was important to name a side despite not having any matches to play.

The best steps from the 2020 season

"We didn't want to lose that opportunity and that tradition of celebrating the best of the best of Australian players," Abdo said.

"Regardless of whether we'll be playing a Test or not, these are the players that have been rightly recognised by the selectors as being the top 17 Kangaroos in Australia in 2020."

Abdo was confident the World Cup in the UK would go ahead despite the current elevated COVID-19 infection rate but said contingencies would be considered. If all goes to plan, the Kangaroos will play at least one game in Australia before travelling to the tournament.

"We are planning for at least one Test match prior to the World Cup but who we play and where we play we're still working on," Abdo said.

As for the World Cup, the NRL is in regular contact with the RLWC organising committee.

"The tournament is scheduled to go ahead, tickets are on sale, they exceeded expectations around their ticket sales at this point but of course we continue to monitor the situation in the UK in terms of infection rates," he said.

"The UK government is scheduled to make an announcement in January around the financial support for the tournament. That will be a key milestone in confirming whether it goes ahead.

"At this stage we're still very positive and it's all systems go for the World Cup." 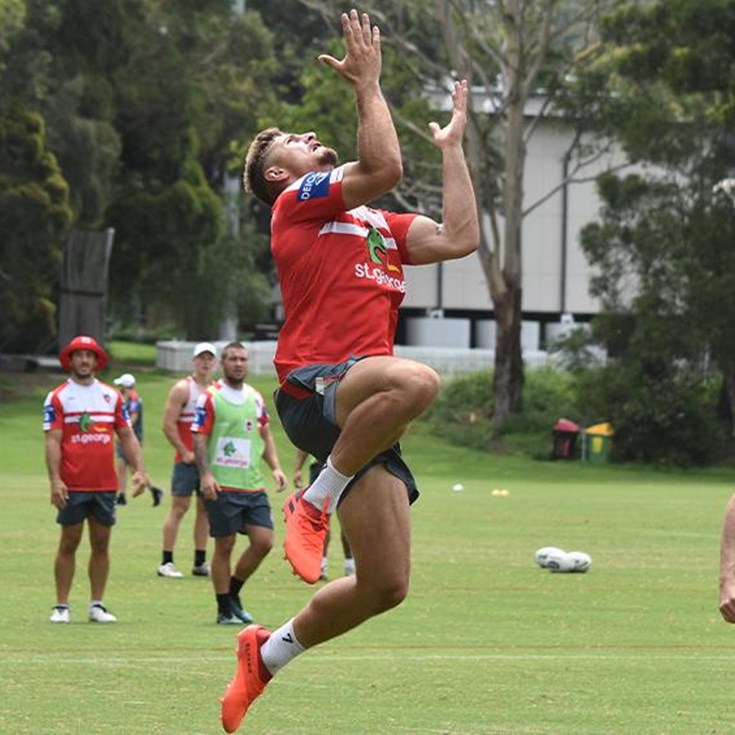