Origin II, 1999: a record crowd of 88,336 packs into the recently-opened Stadium Australia (ANZ Stadium) to watch NSW level what remains the tightest Origin series of all time. The Blues win the contest 12-8 to set up a decider.

It was a stormy night at the new Olympic venue, but the weather didn't dampen the spirits of one group of diehard fans. Dan Blatch, celebrating his 18th birthday, and several friends donned the now-famous blue wig and T-shirt - and Blatchys Blues was born. The night was a success and Blatchys have been attending Origins ever since. 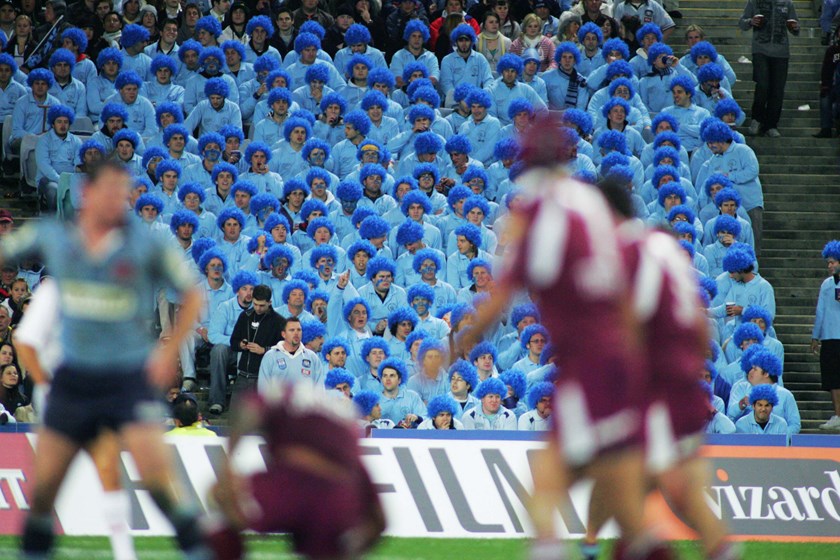 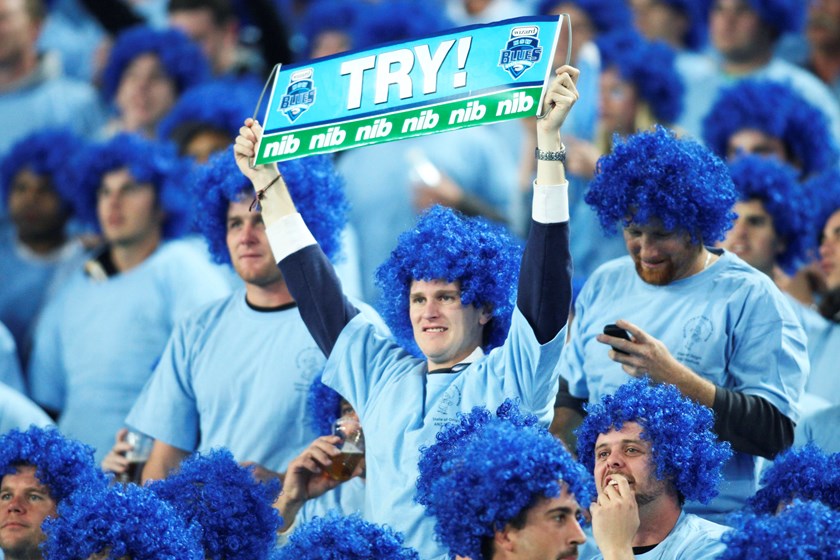 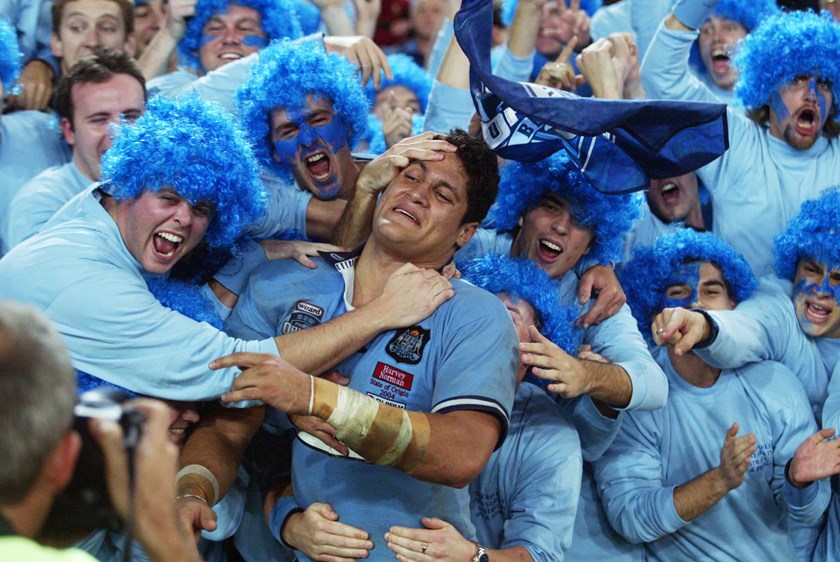 What started as a novel birthday idea has since grown to become the world-famous sea of blue. More than 12,000 Blatchys now regularly take over the northern end of ANZ Stadium and they can also be found in large numbers at interstate venues, such as Suncorp Stadium and the MCG.

Since 1999, however, one thing hasn’t changed: Blatchys Blues is all about being part of something fun, big and blue. People from all walks of life - passionate Rugby League fanatics, those new to the game and everyone in between - come together in an annual celebration of NSW, giving an extra voice of support for our state and team. On our wigs, our shirts and in our hearts, we always bleed blue.

Blatchys Blues has come a long way since the 18th birthday party in 1999, but its most significant evolution came in 2017 with the reinvention of the iconic blue wig.

Powered by The Star, the all-new SMARTWiG took the State of Origin experience to a whole new level for a sold-out section of 12,000 Blatchys at Game Two of the series. 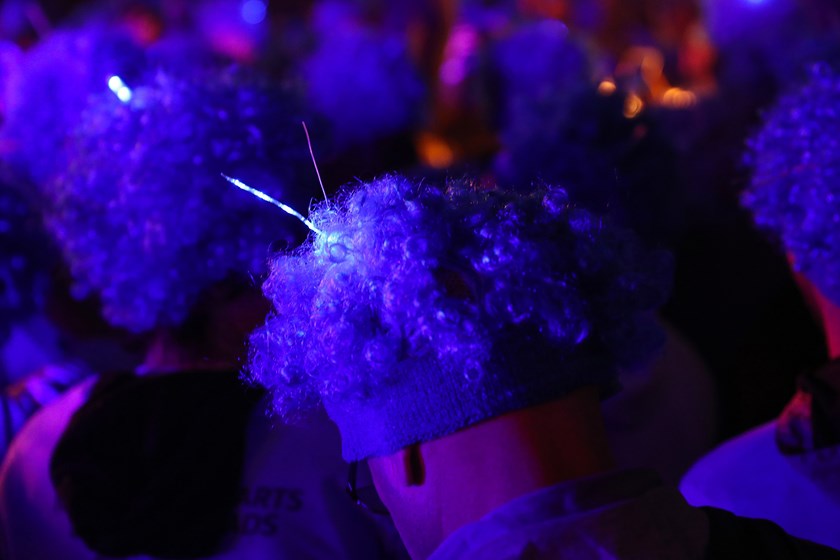 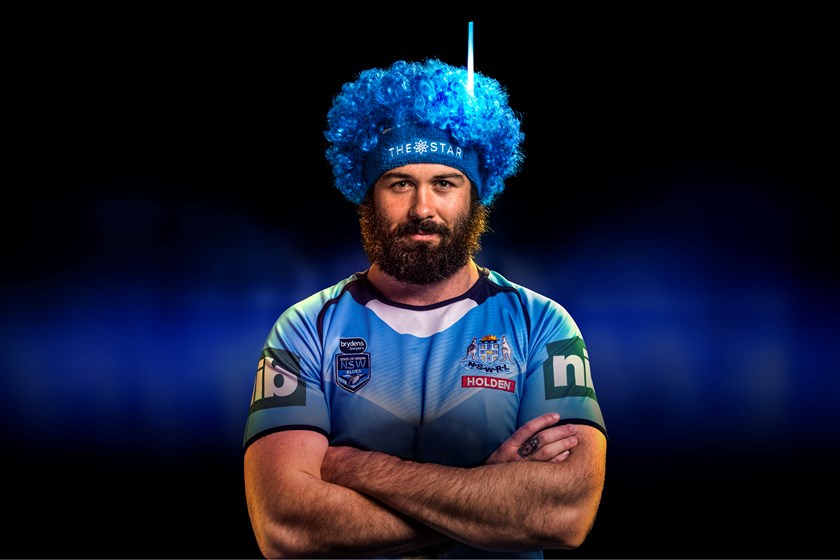 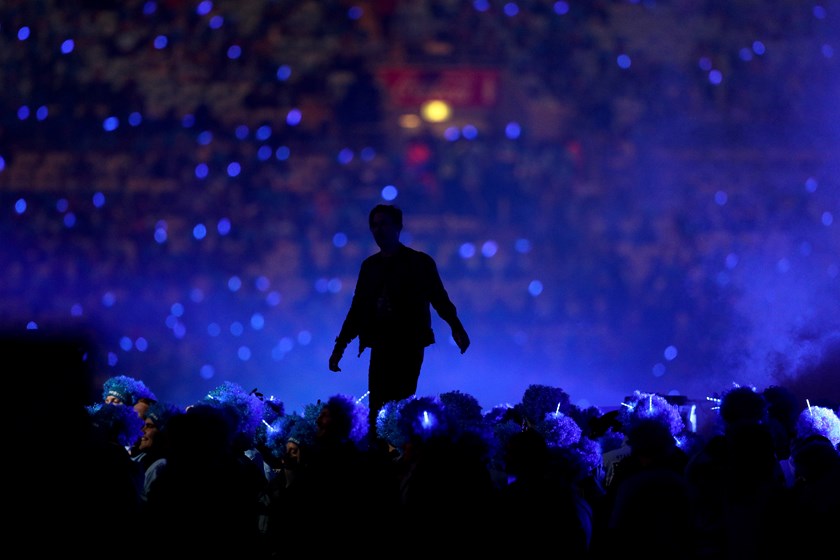 The Star gave the humble wig a supercharged upgrade, with an LED antenna lighting up throughout the game and in a special pre-match display at ANZ Stadium. Additionally, the wig included a built-in headphone, connecting wearers to SMARTWiG radio: an exclusive six-hour radio program including Triple M's expert commentary and calls to action from NSW True Blues Nathan Hindmarsh and Bryan Fletcher.

The Brydens Lawyers NSW Blues took Blatchys Blues fans to places they have never been before, with captain Boyd Cordner and his team emerging on to ANZ Stadium from a tunnel that has not been used for sporting events since the 2000 Sydney Olympics, to kick-off the Holden State of Origin Series decider on Wednesday 10 July.

In an innovative and unique approach for an Origin team since the concept started in 1980, the Blues will warm-up on a playing field across the road from ANZ Stadium, receive their final instructions in dressing rooms at the NSWRL Centre of Excellence, walk past a wall that lists every NSW player and down a corridor that honours the players in the NSWRL The Star Hall of Fame.

The highlight of the experience will come when the team passes through a tunnel linking the Centre of Excellence to ANZ Stadium, with Cordner leading the players directly on to the field and through a guard of honour formed by our most passionate fans, Blatchys Blues backed by The Star.

As a Blatchy, you'll receive a number of benefits that no one else in the stadium receives, making it the clear choice when attending a State of Origin fixture.

Tickets for Origin 2022 are on sale now.

Where do I pick up my Blatchys Blues supporter pack - including my wig and T-shirt?
Your supporter pack will be available to collect from various distribution points around the stadium where the game is played, with exact location points to be communicated on NSWRL.com.au closer to the date.

What time can I pick up my Blatchys Blues Supporter Pack?
Supporter packs will be ready for collection in the hours leading up to kick-off on game day, with exact times TBC.

What T-shirt sizes are available?
Large and XL sizes will be provided and subject to availability.

Can I pick up Blatchys Blues supporter gear for others?
Yes, you may pick up one supporter pack per ticket provided.

I can’t make it to the game. What’s the best way to support the Brydens Lawyers NSW Blues and still feel like I’m amongst the Blatchys Blues?
The Star, the Official Home of the NSW Blues and Blatchys Blues, is the best place to watch the match if you can’t make it to the game. With the big screens, great food, specials and more, it’s the next best thing to being there. The Star has venues in Sydney, Brisbane and the Gold Coast.

New South Wales Rugby League respects and honours the Traditional Custodians of the land and pay our respects to their Elders past, present and future. We acknowledge the stories, traditions and living cultures of Aboriginal and Torres Strait Islander peoples on the lands we meet, gather and play on.