The Wyong Roos secured the minor premiership on the weekend with a draw against the Warriors, despite having only won a single match in their past five outings.

Ravished by a plethora of injuries that saw their first-choice halves pairing Mitchell Cornish and Jayden Nikorima play very few games together this year, the Roos still managed a massive start to the season, losing only one match in the first 17 rounds.

They're certainly working their way through a rough patch of form to finish the regular season, but with the regular halves back on deck and certain other players returning from injury, the Roos are still the team to beat in season 2017.

"It's a great achievement for the club and the team - our form has been scratchy over the past month but we've put in a pretty fair effort," Taylor tells NSWRL.com.au.

"Our goal was to make the top eight, once we made that the next goal was to try and make the [top] four so we've made the four and that sets us up into a different competition once the finals starts.

They've had x-rays, there's no breaks, they've been assessed by the physio yesterday and today so we'll see how we go."

All that was needed to secure the minor premiership was a single competition point against the Warriors on Saturday afternoon - and that's exactly what Taylor's men achieved.

The conditions were windy and wild, but that did not damper the quality of Rugby League from the top-two ranked teams in the competition.

Despite not walking away with the win, Taylor was happy with how the game went but insists his side needs a win against the Newcastle Knights next week to get his team on track for the finals.

"It was a good game of footy that's for sure, errors were minimal, both sides copped some lucky calls I would think, but for team one and team two both teams put on a fair effort," Taylor says.

"We lost a couple of players which made it a little bit tough and obviously the sin bin, but that's footy."

"You want to finish the season proper on a positive note. It was a great effort for the Knights to come back against Wentworthville on the weekend, they'll be pumped.

"They still see themselves as the big brother to us so the game will have a bit of feeling in it, that's for sure."

With only one round to go in the Intrust Super Premiership NSW, four teams have locked up a top-four spot, while five others battle it out for the remaining positions on the ladder.

The strong year for the Roos mean that they had a top-four spot secured weeks ago - and Taylor credits the crop of players he has worked with for their early success.

"Overall just the way that the team has melted together has been the most pleasing thing," Taylor says.

"Everybody has been on the same page and they have been good to work with, they're playing for each other, that's been the best thing about the year.​" 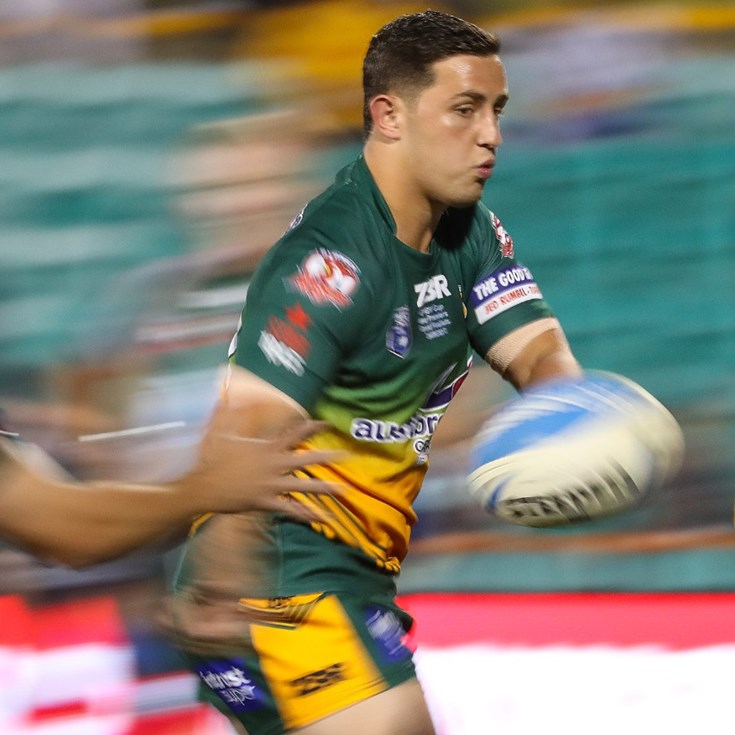