Reagan Campbell-Gillard once held such little regard for his career that he would fill his body with junk food to the point of throwing up.

He didn’t care where his footballing future was heading. Nor did he care enough to change it, either.

“My attitude towards footy was pretty s--t,” Campbell-Gillard told NRL.com ahead of the 2018 Telstra Premiership.

“I didn’t take it seriously. I took it for granted. After a game, I used to go and eat as much junk food to the point where I was throwing up.

“I’d do that for two days and go back to training thinking I could just burn it off. Just things like that. I just didn’t take it seriously.”

Campbell-Gillard, who once treated rugby league as somewhat of an afterthought, last year made a conscious decision to allow the sport to consume his life.

He spoke to that notion in his acceptance speech after winning the Panthers player of the year award in October, repeatedly apologising to his wife Rachel for putting rugby league first.

That wasn’t always the case. Sitting in a hospital bed on the Gold Coast last year nursing a broken back, Campbell-Gillard started to gain an appreciation of what he’d been taking for granted.

What he once cared little for, suddenly meant everything to him.

“That year I did my wrist and elbow too, but after my back I thought ‘you’re an idiot for taking it for granted’. I knew I had to change my mindset of how I wanted to play, because in those first years I just treated it like a bit of fun.

“But it’s all I think about now - rugby league. That’s a different mindset. I love it now.

“It does suck because it does play on my mind but I think it’s a positive as well. The career of a rugby league player is not very long. I wish I had that mindset at the start of my career.”

Campbell-Gillard now lives a healthy lifestyle and is considered one of the fittest players in the Penrith squad.

He’s also a big believer in ensuring he is mentally prepared for games and has adopted a pre-game ritual of visualising the night before the match how he wants to play.

“I’m a big believer in mindset and visualising,” he said.

“I don’t say it openly or personally – I just keep it to myself. If it’s the night before a game, I try and visualise what I want to do.

“They normally say if you have footy on your mind you’ve pretty much already played the game before you play the thing.”

For Campbell-Gillard, 2017 will be remembered as his breakout season.

His back half of the year for the Panthers was so impressive he managed to land a spot in Mal Meninga’s 24-man Kangaroos World Cup squad despite not getting a look-in for a NSW State of Origin debut.

The little regard he has for his body is what makes him so effective, but even he admits there was a time in his NRL career where he was barely bending the defensive line despite his giant frame.

“If you look back a couple of seasons I used to just dawdle up when I took the ball up and not be effective,” Campbell-Gillard said.

“But I’ve changed my mindset and it’s been a positive. Getting new players to the club, you want to keep your spot. I had the opportunity to start at the start of the season.

“You obviously have to fight hard to keep your spot each week. I took that really personally and things have worked out well for me this year.” 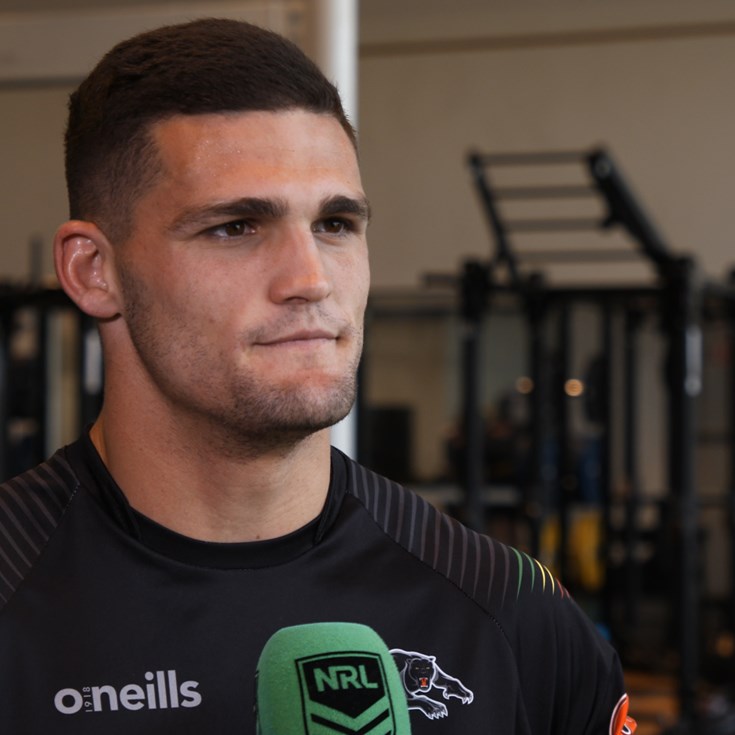 How Latrell’s signing impacts Souths and other clubs

The best of Latrell Mitchell's time at the Roosters

RCG back in Origin frame after "kick up the butt"