Reagan Campbell-Gillard knows his early-season form didn't warrant it but the Panthers prop believes he can do the job for NSW coach Brad Fittler after finding his mojo against the Roosters.

Campbell-Gillard produced a season-high 131 metres on Sunday but more than anything showed glimpses of aggression and intensity Penrith fans came to expect from him after playing for Australia in 2017.

NSW will need to find a replacement for Knights prop David Klemmer for Origin II on June 23, while another candidate, Cowboys prop Jordan McLean, suffered a hamstring injury on the weekend.

"I think it's coming, it's almost there but I need to do this each week," Campbell-Gillard said of his recent form.

"Last year I was doing it for the first 10-12 rounds and feeling really good. Everything I was working for and trying to do just wasn't working but the last three weeks I've found my mojo again so I'm pretty happy."

Campbell-Gillard, who played in last year's Origin series opener before sitting out the final two games of the series with a broken jaw, has held ambitions over the past 12 months go get back into the representative frame.

"I definitely don't want to be that person that plays only one game. If it's not this year I've got to set a goal next year to be there," he said.

"That's what you want to build for. I want to do it on a yearly basis. I'll just keep working at it and we'll see what happens."

The 25-year-old endured a rollercoaster first half of the 2019 Telstra Premiership season, banished to the Canterbury Cup by Ivan Cleary in May after some sub-par performances.

A second broken jaw at training in December hasn't helped his cause.

"The first one was easy and over and done with but to do it in the pre-season where I thought my pre-season was one of my best so far leading into a new year," he said.

"Losing six weeks of no contact and things I couldn't do to better myself. I feel like I've changed that and will try to get back to where I was.

"You could put it that way and some tough conversations as well [with Ivan] and the whole club as well. I needed a kick up the butt to get myself going again." 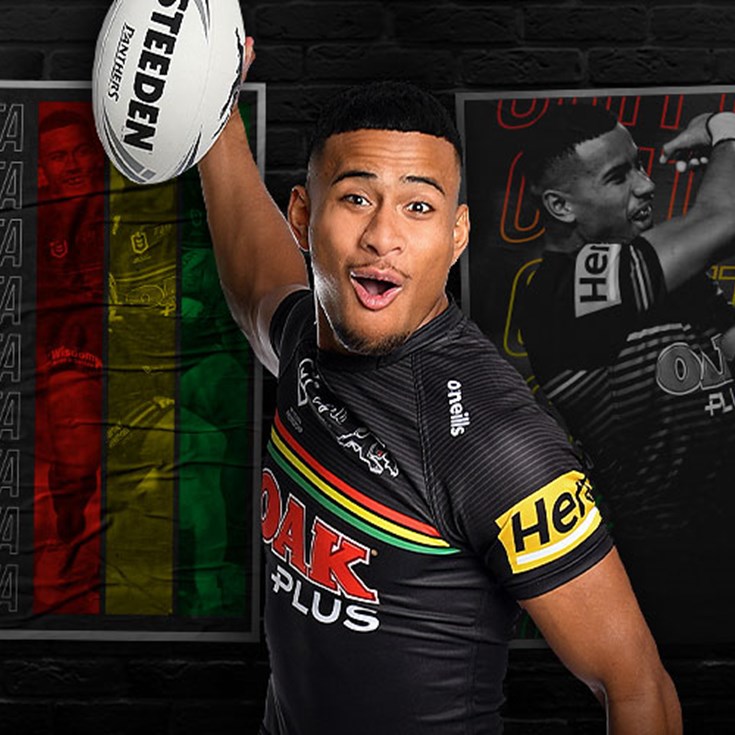