It's the anomaly that makes Newtown's come-from-behind win over the Canterbury-Bankstown Bulldogs that extra bit special.

Down by 20 points with 30 minutes to play, the young Jets staged a remarkable comeback to upset the fancied hosts 22-20 at Belmore Sports Ground – a ground without a game clock visible to the players.

But inspired by half Kyle Flanagan, Newtown ran in four-consecutive tries to secure the most unlikely of wins – overcoming the Canterbury-Bankstown defence, all the while unawares as to how much time they had to do so.

"It's hard without the clock. There's no (scoreboard here), maybe we got a little bit lucky in the end," a modest Flanagan tells NSWRL.com.au.

"It was definitely hard not knowing how much time we had to play, but it was probably a good thing. It might have worked out well for us in the end, we weren't keeping an eye on how long was left and we didn't let (time) dictate the way we played.

"We just had to stick to what we knew, playing good footy and believing in ourselves."

INCREDIBLE! Down 20-0, the Jets come all the way back and win it in the final minute. #IntrustSuperPremiership pic.twitter.com/tWyxQUe4wu

Minus regular Jets duo Scott Sorensen and Braden Uele – both likely to feature for the Cronulla Sharks in the NRL squad's clash with the Penrith Panthers on Sunday (22 April) – Newtown looked a shadow of the side that disposed of the Knights by 54 points the week prior.

Trailing 14-0 the break before conceding a third try not long after the change of ends, Flanagan and the Jets held their own – digging in the heels to remain in the contest right through until the final stages.

"We knew we were down at half-time, but 'Matto' [Newtown Jets coach, Greg Matterson] said we had to had to get back into the grind, and start playing tough footy," Flanagan says.

"The rewards came on the back of that ... I guess we didn't adapt too well at the start, they came out fast and we probably weren't ready for it.

"But after (Round 6), it's good to know that we can adjust and win in tight situations when we have to."

Post-match celebrations in the Jets camp prove that the narrow win – a performance in stark contrast to the Round 6 demolition job against Newcastle – was a victory as every bit impressive, if not one more so, than the success a week prior.

The win over the Bulldogs was one sure to bring a smile to the face of Cronulla Sharks' coach, and Kyle's father, Shane Flanagan – a mentor renowned for his admiration of gritty performances.

The 20-year-old halfback giving Sharks fans – and his father – his assurances that if handed a Sharks start, he'd not let them down.

"I do think I'm ready (to play in the NRL), I've just got to wait for the opportunity to come," Flanagan says of a would-be first grade debut.

"But when it does, I'll definitely take it with both hands." 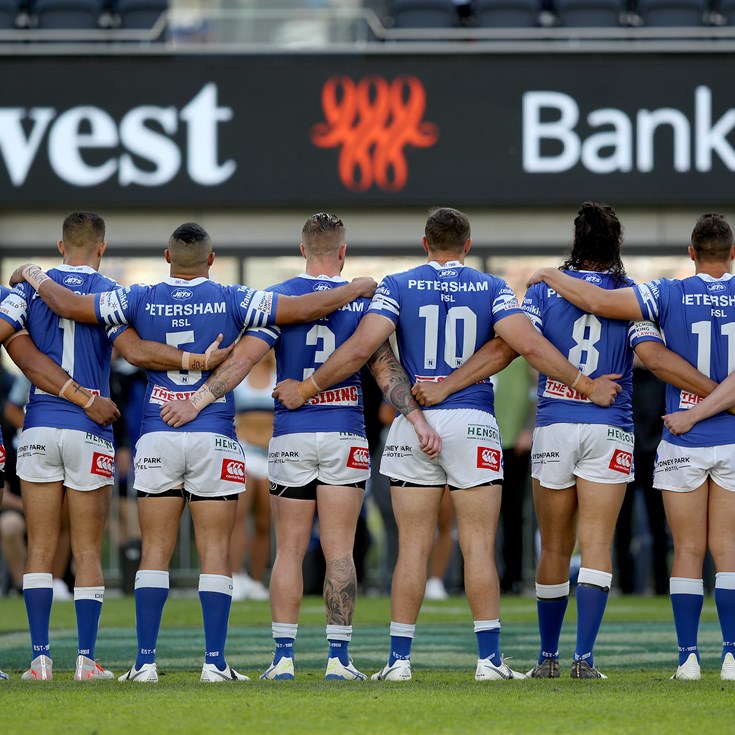