Boyd Cordner’s selection in the Brydens Lawyers NSW Blues team for Origin I should not surprise many – but the early confirmation of the Roosters captain’s place in the team may have caught some people off guard.

Speaking on Channel Nine’s NRL Footy Show on Thursday night, coach Brad Fittler assured that Cordner had, pending injuries, earned a sky blue jersey for the series opener at the MCG. While the early call may have been somewhat unexpected for some, team official Paul Sironen explained that it was a no-brainer.

“NSW have been criticised over many years of Origin for not sticking as Queensland have so I think when the time comes Boyd Cordner will lift, for sure,” Sironen told NSWRL.com.au. “His form’s been solid – I mean, the Roosters have been a little bit inconsistent and he’s obviously getting used to Cooper Cronk.

“He (Cronk) is a lot different to Mitchell Pearce, where they had that wonderful combination together for many years, so it takes time to gel, but I have no doubt that Boyd will get into camp and he’ll be the leader up front.”

While Sironen is not directly involved in the State of Origin selection process, the 14-time NSW representative could see Boyd being joined in camp by a number of Roosters teammates. James Tedesco, Latrell Mitchell and Blake Ferguson are all candidates in the back line, while Luke Keary has recently been touted as a halves option.

“There might be a couple in there, I think a couple of backs maybe,” Sironen said. “I can see probably three or four guys who have played (with Cordner) before and Boyd’s familiar with them.

“I think he’ll welcome them and he’ll gel the side together nice and early too, which is really important.”

While speculation about the make-up of the team has been flying around wildly – and some possible hints being dropped by Fittler and Buderus – Sironen wasn’t going to jump the gun.

“I’m like a lot of people,” Sironen said, “I’ll wait and see, when the side’s announced, who it is and who’s in there.”

“Put it this way: the 17 blokes who they pick will certainly perform for the Blues, I have no doubt about that. They’ll be excited to come into camp under a new coaching regime – it’ll be a little bit different from previous years, so that’s always a good thing.

“I’m certainly excited to be involved too.”

The team is set to be announced at approximately 6.40pm on Monday, revealed exclusively on NSWRL.com.au. From there, players will begin preparations for Origin I on 6 June – with Blatchys Blues tickets still available. 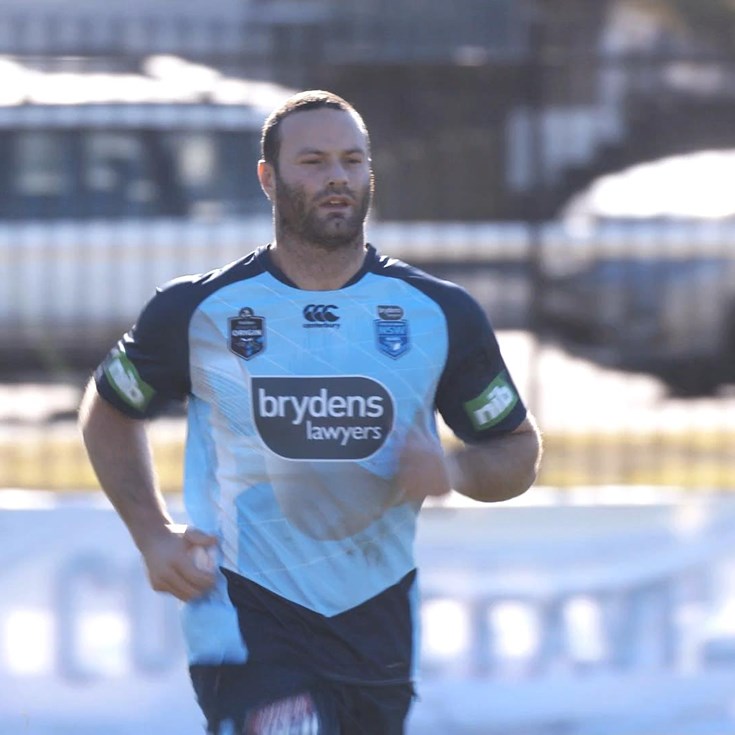