Nathan Cleary now has his own Origin triumph and a 'Scott Sattler' moment to match it after watching NSW claim their last series victory from the Blatchy's Blues fan base.

Cleary's second Origin outing was church mouse quiet for the most part, to the point where coach Brad Fittler described him as "a bit lost at times" when Queensland jumped to an early 10-0 lead.

But with NSW reduced to 12 men and holding on for dear life at 18-14, Cleary roared to life with a scything cover tackle that forced Maroons flyer Valentine Holmes into touch as he broke into clear space down the right sideline.

Cleary's tackle echoed the most celebrated moment in Panthers history – when Sattler cut down Roosters winger Todd Byrne in their 2003 grand final victory, an effort rightly celebrated as one of the best cover tackles the game has seen.

An Origin tackle straight out of the Scott Sattler textbook...

"I see it all the time at Penrith, that's the greatest moment out there," Cleary said of Sattler's famous tackle, though he baulked at any comparison to his effort on Holmes.

"I don't think it was much like that I didn't have to run that far.

"He's very fast but I just knew I had to go in hard and hope for the best."

Cleary was at ANZ Stadium the last time NSW claimed a series win, wearing a blue wig and supporters t-shirt as a 16-year-old member of Blatchy's Blues in 2014.

Almost four years to the day the Jarryd Hayne ended up celebrating amongst the NSW faithful, Ivan Cleary was moved to tears when his son embraced him over the fence after the win.

Still just 20, Cleary is the 10th half to wear the famous sky blue No.7 since Eighth Immortal and now Blues assistant Andrew Johns retired in 2005.

With Trent Hodkinson the only other halfback to claim series honours in the last 13 attempts, Cleary still struggles to fathom his rapid rise from the stands at ANZ Stadium to its centre stage.

"There's been so much pressure and to have the whole weight of NSW on your shoulders, we've been through some hard times and hopefully we can turn the tide now," he said.

"I was here when they won the last series and the atmosphere was unreal.

"It's just surreal to be on the field now. There's a whole lot of emotion and relief, it's the best feeling ever.

"There was always the dream of (playing Origin) but I honestly never really thought it'd come true.

"And for it to come true at 20 years of age I'm absolutely blessed and I'm so lucky to be out here."

Origin at Suncorp, there's nothing like it! Game III tickets available here 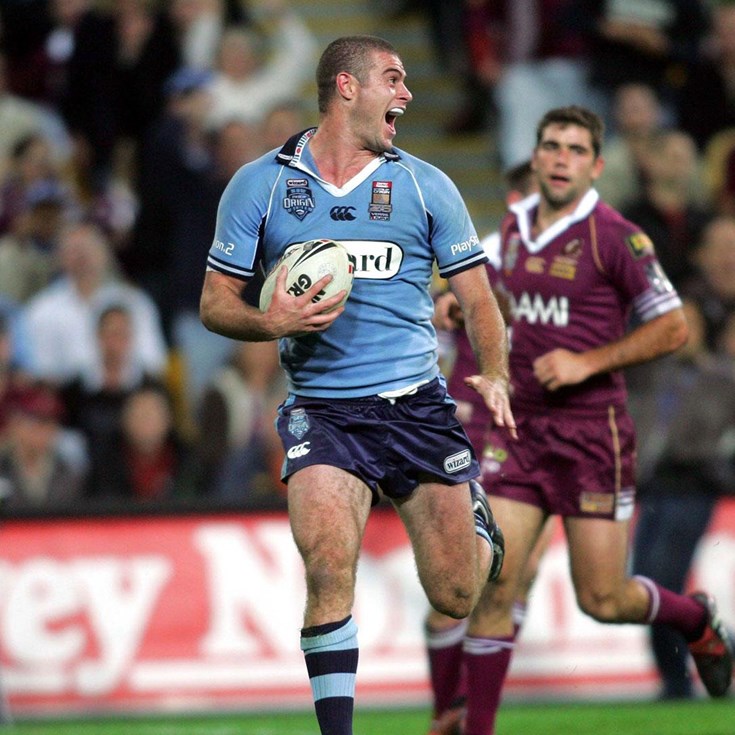