The Blacktown Workers Sea Eagles have sent an ominous warning to the Intrust Super Premiership NSW competition, trouncing the North Sydney Bears 32-0 at HE Laybutt Field.

Up against a Bears side coming off a big win, the Sea Eagles raced to a 20-0 lead at half-time in what was a clinical performance.

The Bears started physically, running and tackling with vigour as they threw down the gauntlet to Blacktown. However, the home side was up for the challenge and withstood the early ambush.

After defending for most of the opening minutes, the Sea Eagles scored with their first attacking opportunity. Wright flew onto a well-placed grubber from Cust, juggling the ball before grounding it safely in the in-goal.

Hooker Joey Lussick converted to put his side ahead by six.

Blacktown received a shot of energy from the try, bustling upfield through clever second-phase play. Heavy defence then caused a Bears error, and the Sea Eagles were soon awarded a penalty next to the posts. They didn’t hesitate to edge further in front via the boot of Lussick.

More points came moments later from a brilliant individual effort by Blacktown’s Anderson. The custodian skipped to the outside down the right edge around 25 metres out and burned multiple Bears defenders on his way to the line.

Kicking with a stiff wind blowing across him, Lussick was unable to add the extras.

Nothing was going right for the Bears, and it would only get worse. They spilled a high bomb and the Sea Eagles swooped on the loose ball deep in offensive territory. A play later, Lussick darted across for a try from dummy-half.

He converted his own four-pointer to make the score 18-0.

Yet another knock-on from the Bears coming out of their own end gifted Blacktown possession. A penalty goal in the ensuing set allowed the Sea Eagles two more points, and they would take an imposing 20-0 advantage into half-time.

Blacktown drove a stake into the Bears’ hearts when they claimed a fourth try early in the second stanza through workhorse lock Tom Amone. Lussick converted once again.

Sea Eagles prop Toafofoa Sipley was sin-binned for a professional foul in the 53rd minute, but North Sydney still couldn’t find a way to get on the scoreboard in his absence.

Sipley made an immediate impact when he returned to the field, continuing his rich try-scoring run when he crashed over next to the uprights. Lussick had no issues with the conversion and extended Blacktown’s buffer to 32.

North Sydney tried hard in the dying stages but wasn’t able to avoid an embarrassing shutout at the hands of Blacktown.

The Sea Eagles play the Wyong Roos next weekend, while the Bears take on the Jets. 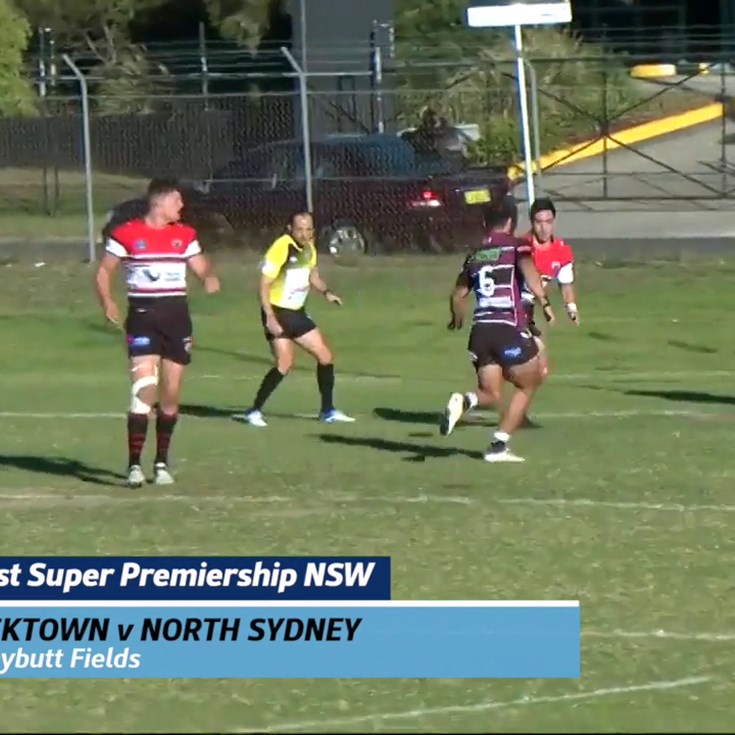