NSW Under-16 coach Scott Jones has had his final say on what each player will bring to Suncorp Stadium for their clash with Queensland on Sunday.

Our fullback – he’s always around the ball and a really natural footy player. He just loves it – he loves playing footy.

A big, strong, powerful winger who really carries strong. He’ll be good for us coming out of our yardage.

A short, stocky, powerful runner of the ball. He’s got exceptional feet for someone his size and will line up in the centres.

Probably the strongest centre I’ve seen of his age group. He’ll take some stopping; he’s got some good speed and agility.

Excellent in the air – he was the leading try-scorer in the (UNE) Harold Matthews competition this year for a reason.

He’s been there (in NSW Under 16s) last year and I’m hoping to get his experience from being there last year. A great runner of the ball, as well as a really tidy kicking game.

Without doubt, his best quality is his calmness. Nothing seems to rattle him, he’s just really good under pressure and he gives the same performance week in, week out.

Our captain, he’ll lead from the front. He carries strong and he’ll play big minutes for us.

Danny plays a lot like Damien Cook – just explosive out of nine and when he goes, he’s really quick.

He’s probably the biggest body on the field. He’s a real big kid and gets through good minutes, he moves quite well for a big man and he’s going to cause some damage for us in the middle.

A real skilful back-rower, he’s got good hands and can hit the line. He runs a good down line.

He’s a real tough nut in the middle; a short, stocky, powerful ball-runner. A real workhorse in defence.

Coming off the bench, Peter is a super powerful runner and very aggressive. He’s got great foot speed for a man his size and I’m hoping he’s going to come on late with a bit of footwork and create some opportunities for us.

Clay’s a halfback in a front-rower’s body; he’s got great skills and he’s got a tip-on in his game. He had a great season down there with Canberra.

He’s the kid who lives closest to Queensland, he’s up at Banora Point and he gets his opportunity as 18th man to come in now and play with the injury (to Samuel Pinomi). He’s just a real competitor and very aggressive. 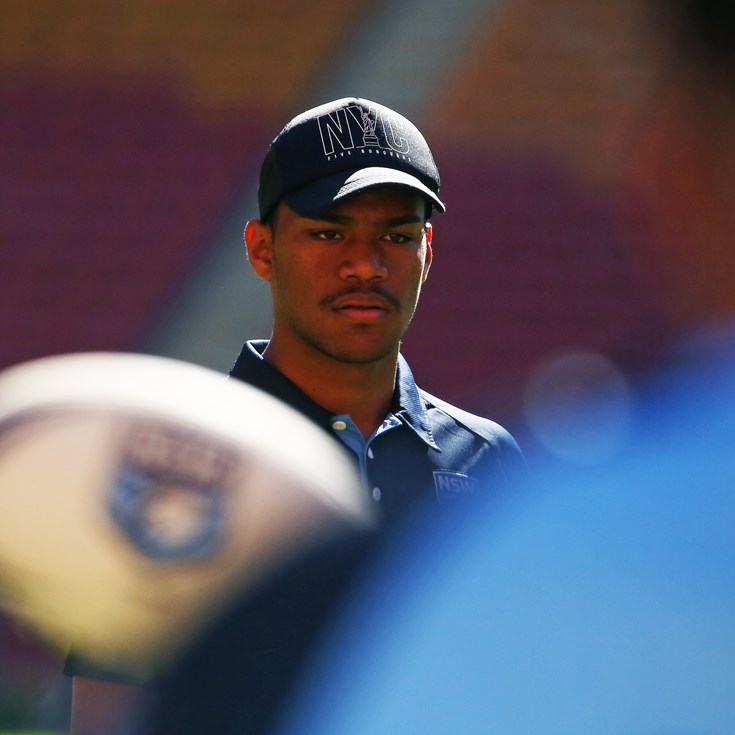