The path to becoming an elite Rugby League player is littered with wins, losses, good fortune, obstacles, elation and heartbreak. It’s a fact promising second-rower Sam Pinomi now knows all too well, but his maturity in handling a recent setback could see him go far in his Rugby League journey.

Having captained the Manly Warringah Sea Eagles to their first-ever UNE Harold Matthews title in May, Pinomi’s credentials are already well known on Sydney’s Northern Beaches. Extremely well-spoken and overtly respectful for his age, the 15-year-old had made an impression with NSW Under 16s coach Scott Jones, when selected to start for the state in the match against Queensland on Sunday.

The Hills District Bulls player was elated to have been given a sky blue jersey - but when the team assembled on Friday, his 2018 representative hopes were quickly slashed.

“First day in camp, I went for a training run, first training session and I thought I was running normally, but they said I had a bit of a limp going on,” Pinomi told NSWRL.com.au. “I was playing for Hills Bulls (the week before) and I just had a bit of a bang there. During the week I was limping and I thought I’d be all right by Friday.

“I had to go see the doc and he said that I wasn’t 100%, so he wanted to sit me out. I thought about the boys and I thought it was the best thing to do.

“Come Friday night, we were at the hotel and I get a knock on the door, the coach came in and said I can’t come up to Queensland. I was gutted.”

Pinomi was replaced in the team by 18th man Josh Bevan, with only fit players able to travel to Brisbane for the interstate match. An offer from his mother to organise his own flights and accommodation, however, allowed the year 10 student to stay with the team every step of the way.

“Full credit to my mum and my sisters putting together a little something to get me over here,” Pinomi said. “They also booked the hotel room for me, staying in the same hotel so everything I did, I was with the team.

“I’m thankful for the staff as well because they allowed me to jump on as if I was never not a part of the team. I was on every bus ride and dinner and breakfast.

“Just to be picked is nothing short of an absolute honour and a privilege,” Pinomi added. “You look at all the other boys that play the Harold Matts competition, there’s a lot of talent around - especially in the second-row position.

“Unfortunately I couldn’t get there in the end but just to be allowed in the camp was a great experience and something I’ll never forget.” 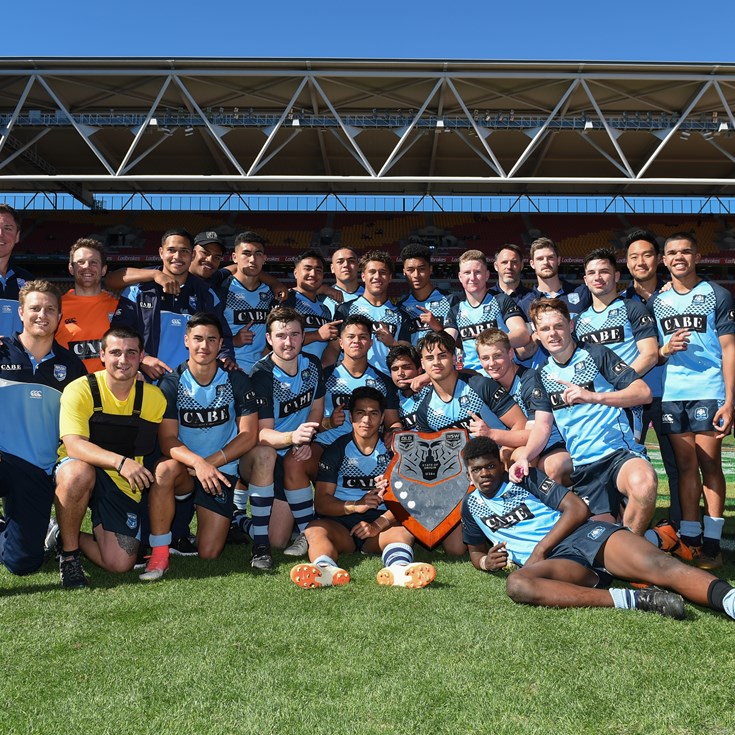